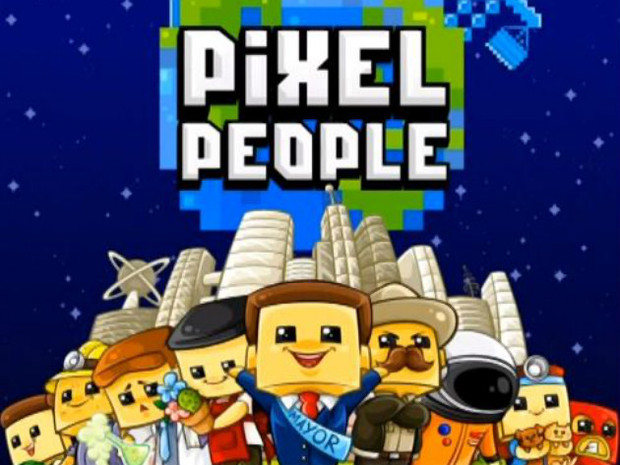 Tip toeing through the minefield of free-to-play apps can be a grind. Due to poor planning or outright greed, you can find yourself with an app that gives you as little as fifteen minutes of game time before you herding you into their store to buy a fifty pack of Star Dollars for a bigger gun or a stat boost. So when a game hits the sweet spot where it's compelling enough to make you volunteer your hard earned rather than hold you hostage, you almost audibly unclench.

Pixel People is a city building app not unlike a smaller scale Sim City with a cute 8-bit design. You start the game with only a clone factory and create new jobs by splicing together two different people. New jobs generally create new buildings to populate your world which generate money to continue your nascent career as an urban planner.

Depending on whether or not you are splicing a character with a new job or a new kind of building, there's a timer that always ticks down. These can go from ten seconds to twenty-four hours depending on the size or complexity of the task. However, rather than make you wait around, the timer continues even when you back out of the app. This allows you to essentially check in on your city a few times a day for maybe ten minutes at a time rather than grinding your way through an endless series of in app purchases to speed things along. Tap your buildings to keep the money flowing, assign clones to their new jobs and go back about your business.

While Pixel People doesn't punish you for taking their app and never giving them a dime, it's certainly not removing the option. In addition to standard gold coins, there's a secondary currency called Utopium that can be used to speed up creation, to build higher end buildings or to trade for more coins. You may occasionally be gifted some Utopium for creating parks or trees or completing a brief series of "secondary experiments" that regularly pop up but otherwise it's only available via the in game store. Even in the game's more advanced stages, you aren't required to buy anything. It's just a matter of dutifully maintaining your city until you raise the money.

With a maximum of 150 jobs, you could potentially play Pixel People for days and not fully unlock everything in the game. If you don't purchase more Utopium, it could take more than a month. I've had the app for about a week now and the urge to check in on my miniature city is still strong. Not even Temple Run 2 hooked me that long.

So far, my only niggling complaint about the game is that creating roadways is entire optional. It doesn't give you any bonuses or speed anything up. It's purely aesthetic. Given how every other decision in the game has a tangible bonus, making roads merely a design choice seems out of place.

Ultimately, I think the best compliment you can give a free-to-play game is whether or not you want to give the game your money. Not "I was frustrated at my lack of progress" or even "I must level up because: feedback loop." I bought four dollars worth of in app purchases because I was enjoying myself and I wanted to reward the developers for making an addictive yet fair game that didn't treat me like a spigot full of money. Well made games that respect their audience are few and far between. It's worth it to support them.

Rating: 9/10
#ShareonCommunityBlogs
Login to vote this up!