2:19 PM on 04.05.2012 (server time)    0
I know I'm a little late to the ten things party, but I'm still fairly new here. I didn't quite think that I should make a ten things blog because of that, but oh well, might as well share more about myself I guess! My introduction blog is only about a month or so old by now, and that details the basics of who I am already, so I thought I'd share more obscure and embarrassing facts about me that you may hopfully find entertaining. Hopefully. 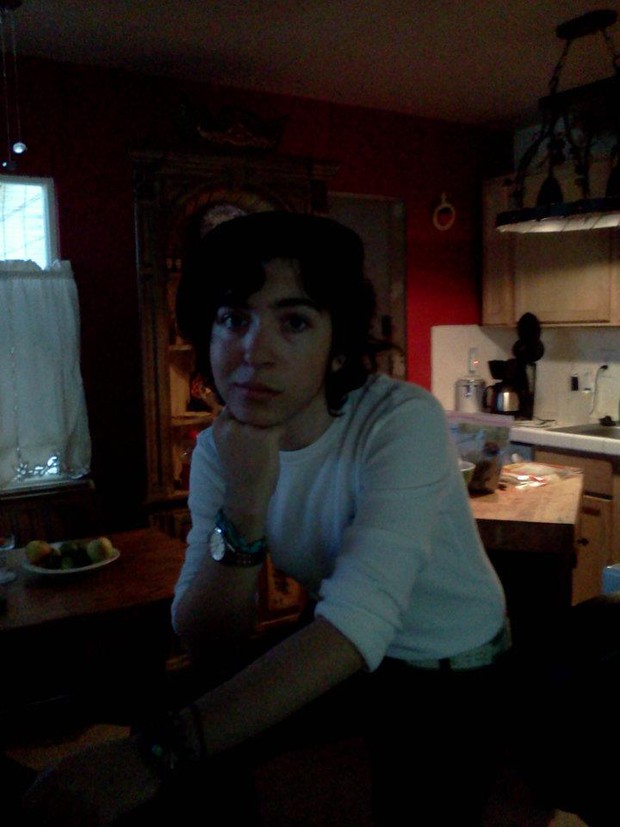 Although it's hard to tell, yes that's a beret I'm wearing.


0. My ex was a mafia princess-
I know this doesn't say much about me per-se, but my ex's father was totally in the mafia. I've always heavily dug the mafia in just about any videogame, movie, or book, so knowing an actual mobster in real life was beyond amazing. Until, y'know, my ex dumped me. After that her father invited me to go out "hunting" with him. I declined, and luckily, I actually haven't had any problems since. Go figure.

1. I had a mohawk once-
My hair is normally rather quite wavy and long, but my mom actually persuaded me to get a mohawk once. Yes, my mom made me get a mohawk. This mohawk lasted about four hours, while I was crying non-stop, and eventually got my mom to just shave it off. I'm neither a mohawk or a shaved/short hair person. Full hair FTW.

2. I enjoy really bad games-
I don't enjoy them per se, but I love to play horrible games as a lesson in game design. Neopets: The Darkest Fairy, any sims Spin-off, Hyperdimension Neptunia, the Saboteur, if it was awful or, even worse, mediocre, there's a good chance I've played it. You can always learn more about making videogames from observing completely and totally wrecked ones as compared to perfect ones.

3. I used to be a part-time Japanese game localizer-
I actually only know rudimentary Japanese, so I was the slowest of the bunch. While it'd take longer for me to translate, I'd try to make up for it by adding personality and originality into the text. The website I used to translate for was HongFire, and we all worked off of donations. HongFire only did unlocalized VNs and Eroge, but we almost did Recettear! That is until it got picked up by a real localization studio. *shrug*

4. I used to be in a band-
Unlike most people in a band however, I did not play drums, or guitar, or anything cool like that. I played my great-grandfather's WW1 German Harmonica. I love the Harmonica, Piano, and Accordian, and while serving as the manager for this small garage rockband, they let me join as a Harmonica player. Coincidentally it's also where I met my ex- protip: never date female rockers unless you're sure they're mentally stable and don't have mafioso fathers.

5. My real name is Tomas Anthony Espinoza the Third-
While in the real world I prefer to go by the name Thomas Williams, my name is indeed Tomas Anthony Espinoza the Third. Some people I know really well don't know it, and it's kind of hard for me to share. Parts of my famliy have rather strong Spanish ties, after which I was named, but the side of the family I come from is the Irish/German side, so I try to ignore my Spanish heritage. I don't have anything against my Spanish heritage, I'm quite proud of it, but it just sucks having a Spanish name in California when you're white as snow and not fully spanish.

6. I only started gaming four years ago-
I had a really sheltered childhood, so the extent of the videogames I was allowed to play were pretty much, Mario, Zelda, and anything else Nintendo. I was really always into gaming, but for the longest time it was confined into the family friendly territory of Nintendo. That changed when I turned eleven and found a little title by the name of Oblivion. It was my first M-rated game, and relived my mother of all of the ill pre-concieved notions she had about video-games. Oblivion also is the reason why I want to be a game designer, to see a game that offered that much choice, freedom, and exploration amazed me, and inspired me to want to make my own. Four years and a lot of catching up later, I'm fifteen, I've now played about every single classic game I've missed, I'm currently studying to apply to a game design school.

7. I originally wanted to be a novelist-
Yeah. Once again, Oblivion changed that. Now I seek to enhance my writing skills for the sake of being a better game designer, and in order to design clear, concise, and correct design documents. I also put my writing skills to use when writing the story and dialogue for my games, of which I have currently two in the making, a personal project and a team project.

8. I will not go anywhere without some sort of portable game device-
This habit started from as early as I remember, when I used to carry around my GameBoy Advanced everywhere. While I may not have gotten into gaming proper until four years ago, I've always been a real portable fiend. Now I normally carry with me an Alienware Laptop, an Android phone, a PlayStation Vita, and a Nintendo 3DS. I still own my horribly banged up, taped together, and falling apart Gameboy Advanced.

9. I actually kind of hate Survival Horror.
This may come as a surprise as I've normally celebrated the Survival Horror genre in my blogs, and have spoken many great words of encouragement about Amnesia and Silent Hill in the Outer Heaven chat, but I personally dislike them. From a game design standpoint, I love the idea of a Videogame attempting to explore more emotions than paper-thin ones such as "fun" or "sad". Survival Horror games are also the easiest to learn from, as all of their mechanics are influenced to either create stress or fear, which is a lot less vague and a lot more quantifiable than "fun". Personally though, they scare the hell out of me, as, well I guess is the point. If anything it's more of a love hate relationship, as while I dread playing them and progressing through the games, I really do quite love the feeling of completing a puzzle or finishing a game.

-Sidenote: I'm kind of a programmer. I know the basics, and I can write up rudimentary script, but I'm no code ninja. I've counted up from zero due to the fact that arrays in most coding languages start at zero instead of one, due to it being a location closest to the computer. Gee, this probably could've been it's own number couldn it?
Login to vote this up!