(NVGR) 10 Things You Don't Know About The GHost

I’m going to keep the ball that Silver Dragon, Jesus H. Christ and Y0j1mb0 got rolling with another “10 things you don’t know” c-blog. So if you care to get some insight to what makes me tick, by all means stick around!

10. I prefer the PC version

Very rarely will I buy a game for a console when I can get it for the PC. The reasons are pretty simple and practical: nine times out of ten the PC gets better DLC and patching support, often the PC version gets the major bonus of having an actual online community that makes mods etc., the keyboard and mouse are my preferred method of control for most games because of its accuracy and versatility and I find that multiplayer games on the PC tend to have fewer jackasses playing them compared to the console version.

9. I used to be a Biochemist

Before becoming a medical student, I was a biochemist. I worked in genetics and proteins for about two years on two major projects (breast cancer and tuberculosis) before deciding that I didn’t want to spend my career in a lab. After that I took off for Africa to do volunteer work for 6 months or so before traveling around for fun for a bit. Now I'm all settled in Australia and ready to get a new life started... again :)

8. I replay Earthbound every few months

It was the game that changed my perspective on all other games and convinced me that titles that weren’t ALL ACTION ALL THE TIME!!!1!!1! could be really fun. More than that, it showed me that games can actually be emotionally engaging. Although the story isn’t super complex and the characters aren’t well developed, I found myself caring about their journey. That was the first time that ever happened to me.

7. My first time posting anything online, text or otherwise, was about a year ago

That’s right. I’m new to the internets! I had never posted in any forums or anything until I started playing TF2 on the www.themachine.org server. I started posting there and then shortly thereafter started posting on Destructoid, and I’ve been here ever since. I really need to go back and start posting on themachine again. Lots of good people over there...

6. I must 100% every Metroidvania game that I play

I don’t know why. But for some reason if I play a Metroidvania game I will not stop until I have the awesome ending, the map completely explored and all of the little side-missions and extra content finished. Although I’ve done the 100% thing before in other games, in no other series do I feel compelled to explore every little nook and cranny like I do in all of the Metroidvania games.

5. The first game I ever finished was Super Mario Land for the Gameboy

Not much else to say except that Super Mario Land fucking owns your ass. 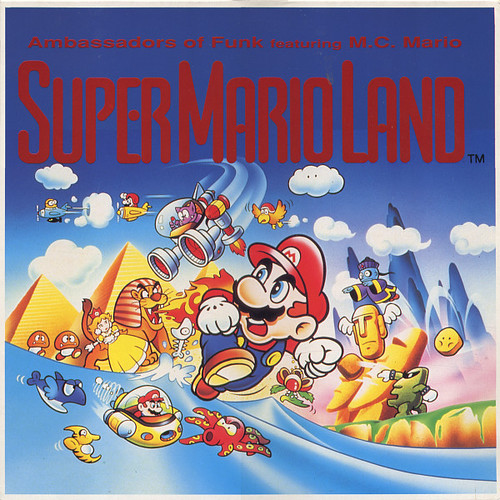 4. I miss having a dog to play games with

Back in the day my family had a dog, and that pooch used to sit down next to me on the couch while I spent countless hours honing my skills and throwing controllers across the room. Whenever I got frustrated I would just pet my faithful companion and that would relax me enough to pick up the controller and try to get past those goddamn medusa heads/spike traps/bottomless pits etc. Now that she’s gone, and I’ve been living in places that don’t allow pets, I find myself reaching over to pet a phantom doggy sometimes when I play games for long periods of time.

3. I think that Kurt Vonnegut is fucking awesome

Kurt Vonnegut is probably my favourite author. He writes incredibly weird and imaginative books (most famously Slaughterhouse 5), but there’s a method to his madness that draws me to his work. I would highly recommend reading his short memoirs called “A Man Without A Country”. It’s incredibly short. So short in fact that you could probably read it while standing in the book store if you’re determined enough, but man is it ever good.

It’s fucking months away, I have a very slim chance of going (plans are in place, but they are pretty stupid. Unless they work, in which case they are brilliant) and I really shouldn’t be thinking about it so much, but PAX is on my mind almost all the time right now. I just keep thinking about what could happen and how awesome it would be to see everyone again and I keep creaming myself. My pants are constantly covered in semen and it’s making my life very difficult. Moreover, I find myself browsing all of my PAX and Dtoid world tour pictures (which will be chronicled in my upcoming 1 year anniversary blog) and sighing wistfully almost every time I get bored. If the stars align and I do make it to Seattle, I’ll have dozens of elaborate plans arranged because I’ll have spent the last 12 months doing nothing but thinking them up.

If you are thinking about going to PAX stop reading this right now and go book your goddamn flight and hotel room. You will not be sorry.

1. I’m going to be writing for Negative Gamer!

Next week my first post will be going up. Woo hoo! Thanks Wardrox :)