The late Mary Oliver once wrote that certain people's lives, no matter how insignificant they may seem, give off great light. Such was the life of the one who was my partner, my beloved. We spent our early days on a picturesque island in northern Michigan, learning about one another and the world. He shot light with his eyes. My mind was aflame with his love. Together we were a golden bubble floating in a world often grimy with darkness. All was lit and wondrous.

And then he left me.

It's October, I had heard good things, and Dying Light was quite affordable. I'm not much interested in zombies, but I have a hard time not enjoying first-person games, and it's the season for the rising dead. I remembered a trailer featuring the intensified nighttime for which the game is known. That might put me in the mood, I thought. But it took so long to get there, didn't it?

Pacing. It comes to mind that if video games struggle with anything, it is pacing. More often than not, when I give up on a game, it's due to poor pacing. Dying Light is one of those relatively sprawling AAA games with great production values and even a little heart (emphasis on a little), and yet I found my interest waning after just a few hours. I kept thinking, when will it really get started? When night finally struck, it was scary for a few moments, but I was then reminded that I was playing a video game. 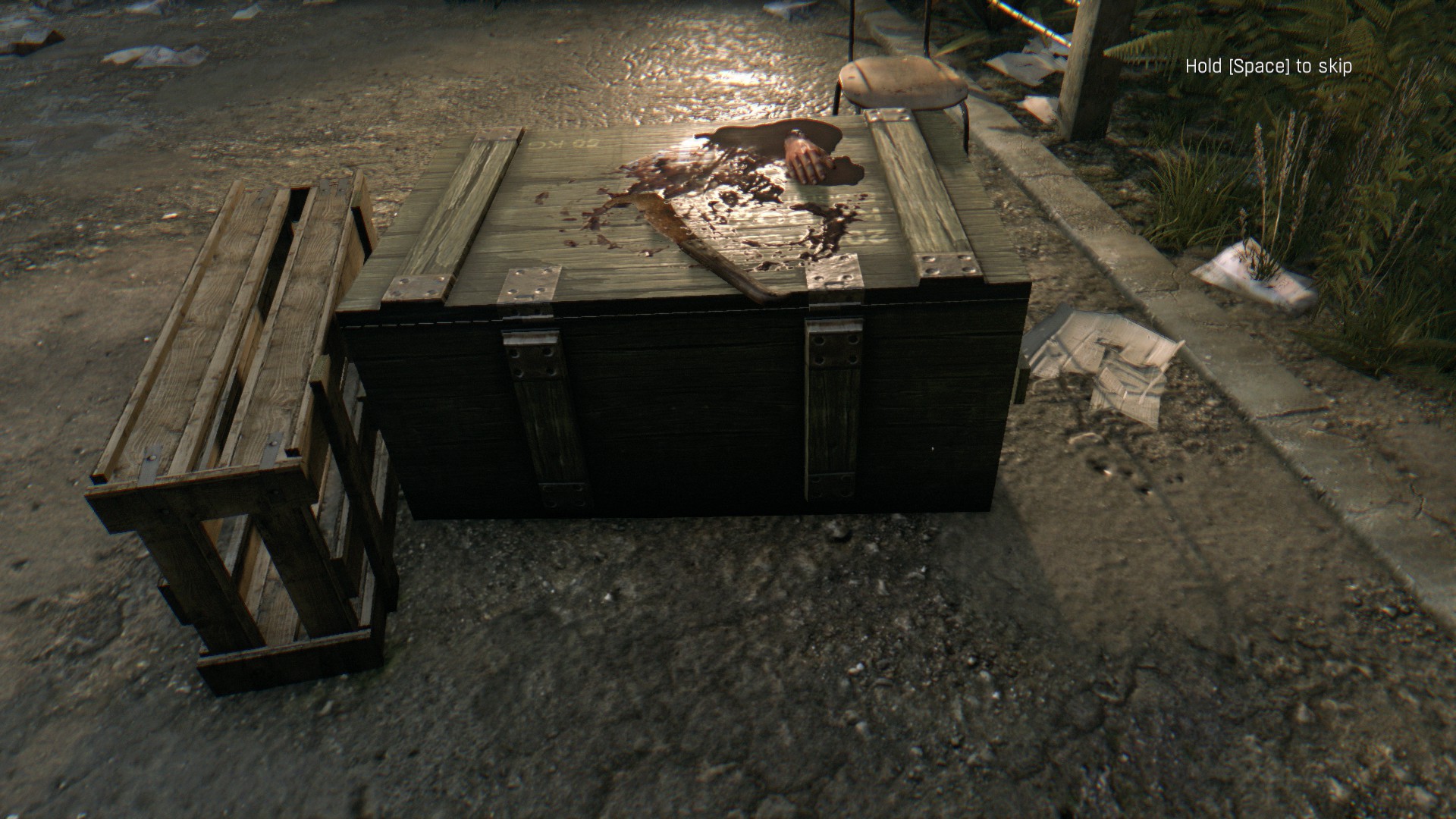 They should have started there. One of the most common mistakes in fiction writing is to begin a story too early. The first few hours of Dying Light showcase some of its worst elements: fetch questing, extended tutorials, and laborious parkour-style exploration that, I feel, adds nothing to the overall experience. It's effectively a gimmick in what might otherwise be an Ubisoft-style "open-world" game.

That first night I was surrounded by powerful zombies that could easily kill me and could not easily be killed, but I wasn't very afraid. I could use my superhero senses to locate them. The HUD got in the way. The plodding back and forth from safe zones to the monotonous slums conjured another yawn. I was playing just another video game. I was, in effect, safe. I value atmosphere and verisimilitude more than most, I admit, but something felt onerous here, as if I kept tripping on my long way up the mountain of progression.

As I grow older, I value a game that doesn't waste my time, one that gets to the point, even if that point isn't as exciting as blowing the heads off of zombies.

To be honest, toward the end of our relationship, his light had dimmed. Something occluded the lamp of his being: depression, anxiety, uncertainty, doubt, the breakage of innocence. The breakup happened too recently to parse it all out; it's too close, as if seen through a microscope: all surreal hyperdetail and nothing of the shape of the thing. That takes time.

It happened so recently, in fact, that we're still living together, and in the dark of the house I clamber about at night looking for a lump that might be his sleeping form: is he on the couch tonight, or am I? Ah, there he is, in bed, what was once our bed and is now something of a strange country. I feel estranged by my own bed, by the surfaces we shared, and I sleep poorly these days.

His form in the pale light of my phone screen held before me as a flashlight.

Hollow Knight was on sale on GOG, and though I despise platformers - I rarely find them fun - a wild hair up my ass made me buy it. Such glowing reviews; such praise. "Masterpiece" on the lips of the internet's best. I love Dark Souls, but I do not love the Metroidvania genre. I should love it, I often think, but they are never ultimately satisfying. I am always left wanting them to be RPGs. Perhaps it is the perspective. Something about a 2D game irks me, like reading a book written in present tense. The perspective is somehow unwieldy and clumsy.

But Hollow Knight is a little spooky, right? Haunted kingdom, bugs possessed by a soulish substance? 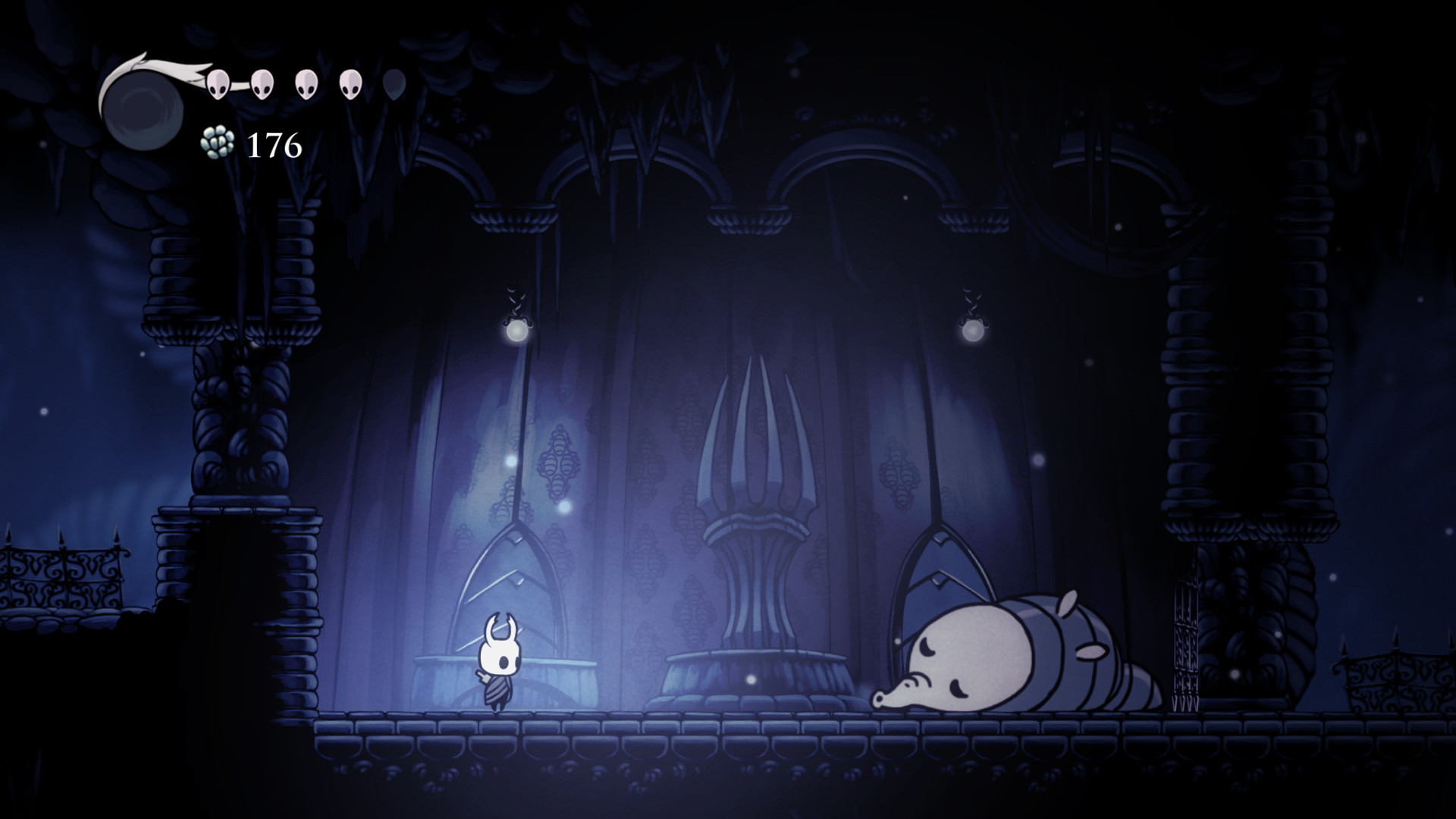 In the first five hours of Hollow Knight, I felt that magic tingle of a game opening before me like a flower in the dawn. I don't feel that much anymore. It was common in my adolescence. Sensations dull as you age, however, and by now I've played so many games. It's bound to be more difficult to move me. I'm okay with being difficult to impress. I'm not okay with being numb. Hollow Knight, for all my frustrations with it, gave me this spark, if only for a second.

The game achieves an atmosphere and sensibility closer to the Souls franchise than most Souls-likes. Closer than any I've played, I think. Hollow Knight has a certain cloudiness to everything. I don't understand this game. I love things I don't understand. Even the map is not handed to you. You must work to understand everything in this game. The NPCs are well written and the world conceived in beauty and shadow. The aesthetic is flawless.

I wish it weren't the kind of game it is. I find it claustrophobic (perhaps intentional), and there's nothing fun (to me) about climbing up the same tiny platforms a dozen times in an hour. Exploration becomes tedious, and this isn't the fault of Hollow Knight, per se, but of the genre itself. About six hours in, I got stuck on a boss and wandered about for a while, trying to improve my character. But the world is almost too large and open, and fast travel points too few. I returned to the boss, beat it, and continued. The way forward was plain, but the whole thing was becoming too big, as if top-heavy.

The structure of a Metroidvania doesn't lend itself well to expansiveness without a strong fast travel system or, well, less platforming. The world of Hollow Knight is bountiful with secrets and strange holes full of treasure, death, and hope, yet I found myself dreading the trek back to all the places I could not yet crack open. A prime example: I made an exciting discovery after an extremely challenging platforming segment, and the only exit was a boss. Or so I thought; there was another: death. I was transported back to the wrong side of the aforementioned platforming segment. 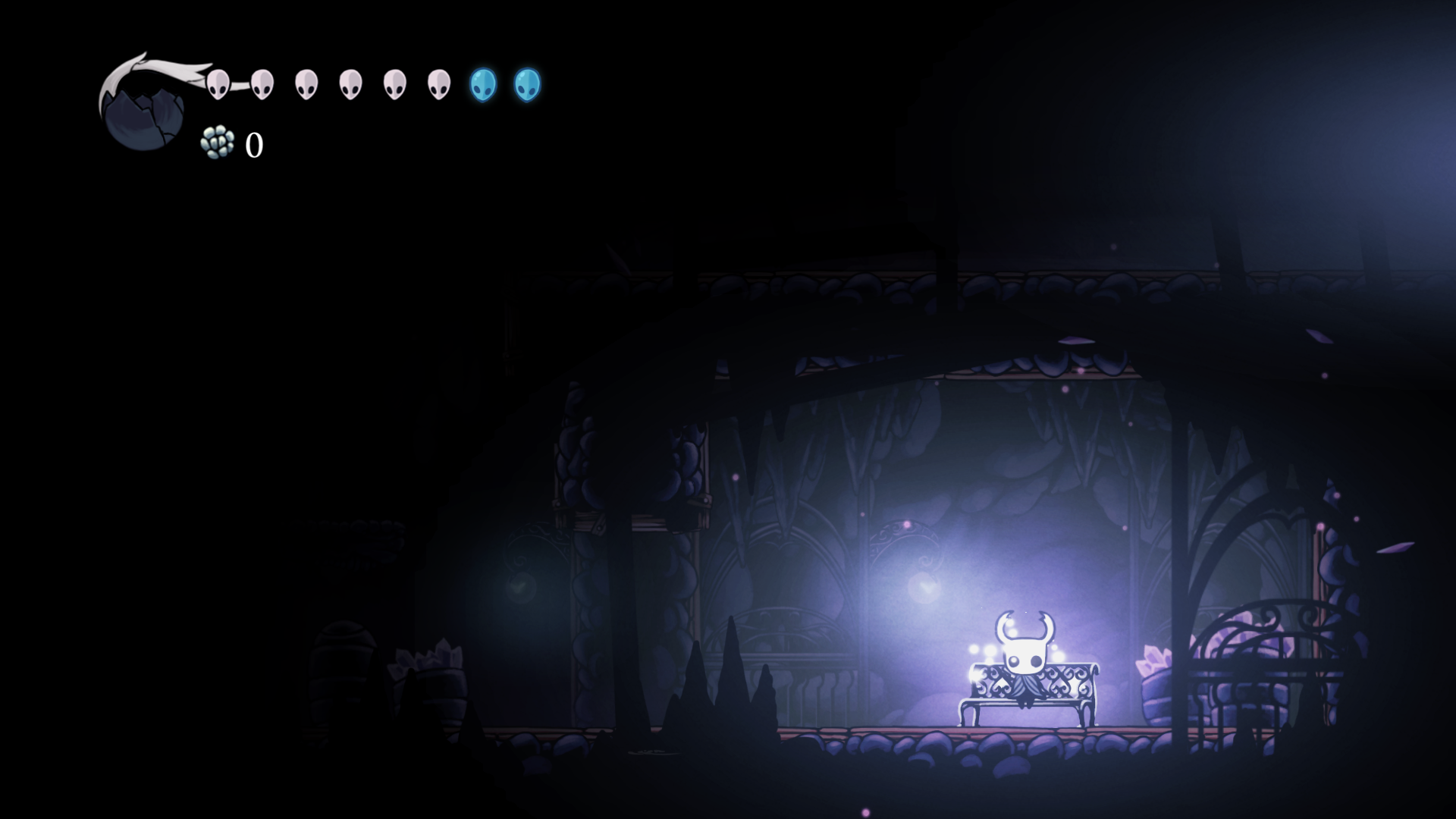 People find this jumping and avoiding of spiked pits fun? People are so stupid, I thought with a laugh.

My partner's love left me slowly over the course of approximately the past year. I don't yet know why. I know I fucked up. I know I failed him early in the relationship, and I was sorry for all the times I had love in my heart and could not show it. And then he began to fade. Does one person have a limited supply of light, like hit or magic points, and once they are depleted, they are gone? Did he die somewhere and become a husk of his former self, haunted and hollow? I wanted to help him find his way back to the light that had leaked out and now sat in a pool beneath his corpse.

I blame him too. When I asked what was wrong, he said he was fine. When I asked if he was okay, he said nothing. Such harmful silence. Ghostlight. He ghostlighted me. It means to become silent, as in ghosting a romantic interest, in addition to lying when asked what is wrong, saying everything is okay, as in gaslighting. This is what he did to me. I don't blame him, but I do.

The metaphors are heavy, but so is my heart.

I find it difficult to articulate the process of the pain of grieving someone who is still alive. They take on the dimensions of undeath. Is this a dream from which I cannot wake? Are they real; am I? We walk around the same small space ignoring one another because we do not know how else to behave. We are zombies. We walk almost in death.

I played Hollow Knight tonight after a break of about a week. I just don't play games as much as I once did. I beat that boss, I continued on, but something about the process of discovering the world bothers me. It has begun to feel tedious.

I'll just wait here on the bench. I won't beat this game. I'll likely go back to Dying Light one day when I have more time to spare, and patience. But for a zombie game, it's awfully boring. Tedium of exploration, again. Maybe I'm tired of all this moving about. Maybe I need to sit still for a while and listen to the rhythm of my own pulse. Maybe I just need a little comfort that these games cannot provide. A little tenderness. Mercy.

Pacing. It's all about pacing. And maybe that's what happened to me and my beloved. We didn't pace ourselves. We burned all our light in the beginning, all at once, an explosion, an exploding sun, a fireworks display above the waters of Lake Huron. When the sparks came down, there was nothing left to see.

for the liberation of all beings