From Occams With Love: A package from Occams! (Picture heavy)

8:13 PM on 03.04.2011 (server time)    0
We all know who Occams Electric Toothbrush is. We all know how awesome his is as well. Well, this gentleman has graced me with one of the best things I have ever received. His package came in today, and it was like Christmas morning all over again. So let me share with you what this marvelous man game me. 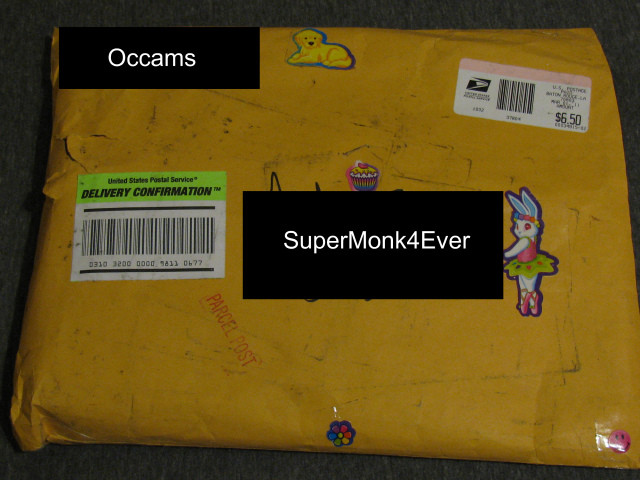 I thought about leaving Occams's address in, but I don't want the man getting more ass than myself. You're gonna have to try harder than that. Now lets see what we have here... 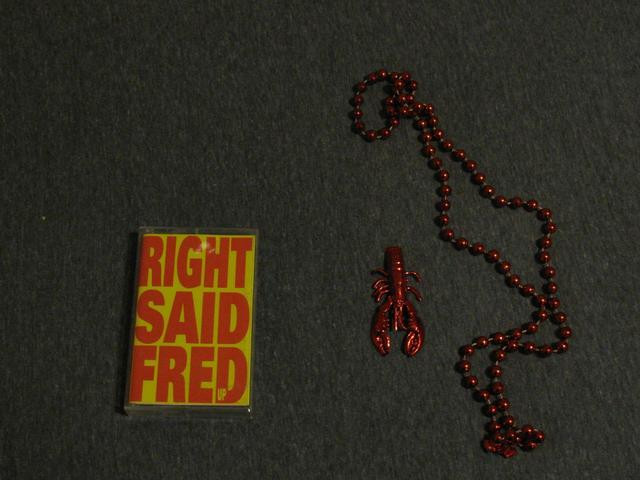 A COSSET TAPE?! WHO USES THOSE?! Actually, my car only uses cosset tapes, so I will have to give it a listen to when I drive to work tomorrow. Sad about the necklace though, unless it was already like this, the lobster was broken off of the necklace. Now if I see an Rock Lobster posts... I will kill you. 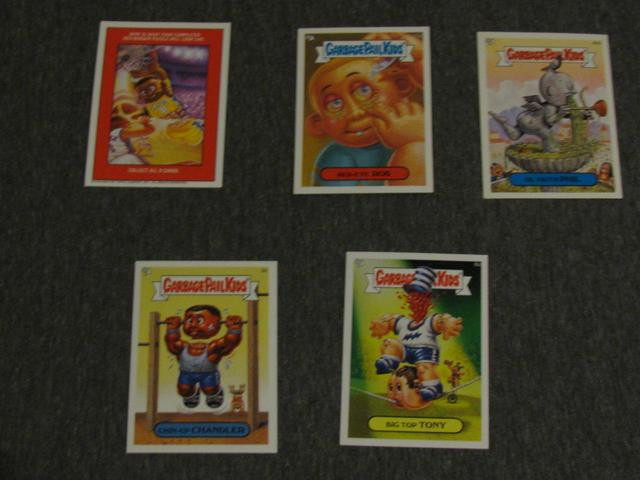 Some of Occams's famous Garbage Pail kid cards. It still amazes me that these things were even really made. You know, with the child violence thing being a big button of controversy and all. How the hell did that one kid though get his head impaled by that bar though? BLACK MAGIC I SAY! 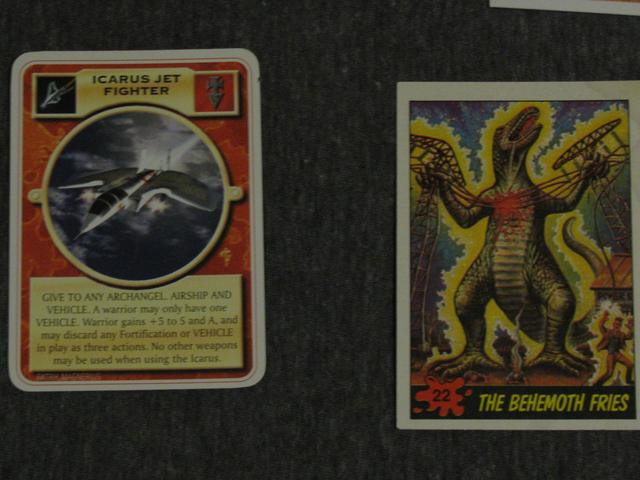 Some other random cards here. Occams, you really need to get out of my childhood mind. I fucking loved Dinosaurs when I was younger. You know which ones I loved the best? Flying Dinosaurs. Seriously Occams, stop it, you are creeping me out here. 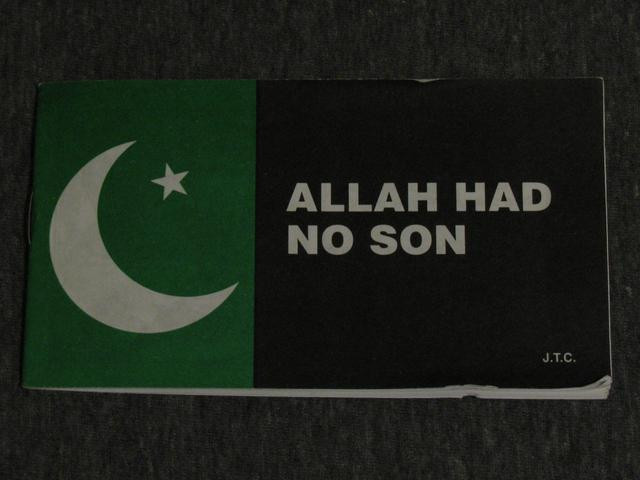 You know those little comic flip books churches gave at fairs? Well, this is one of them and... I don't really know what to say about this. It is about an Islam and Christian arguing about whose religion is right and who is wrong. Apparently, Islam religion is the work of the Devil trying to deceive you. 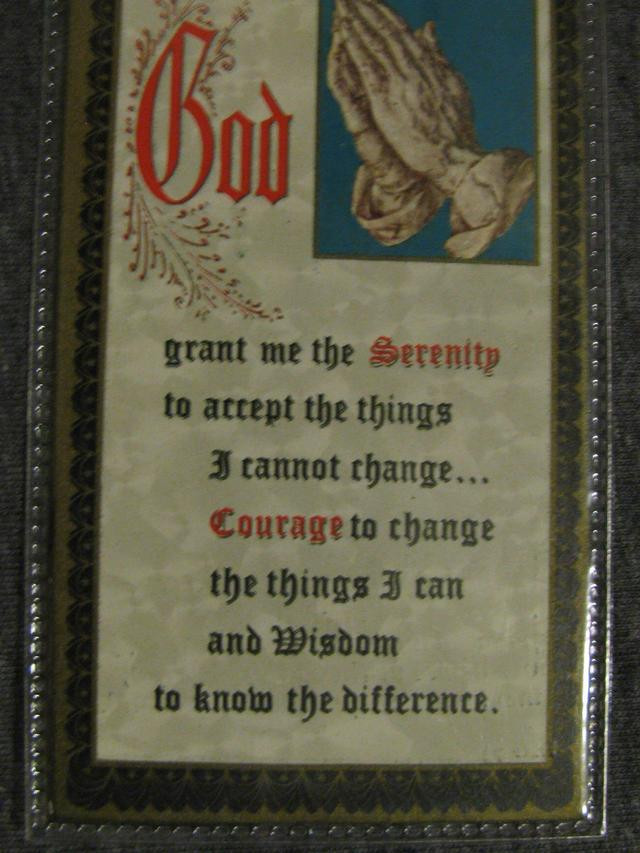 I'm not sure if Occams is trying to tell me something now... *Strokes chin* 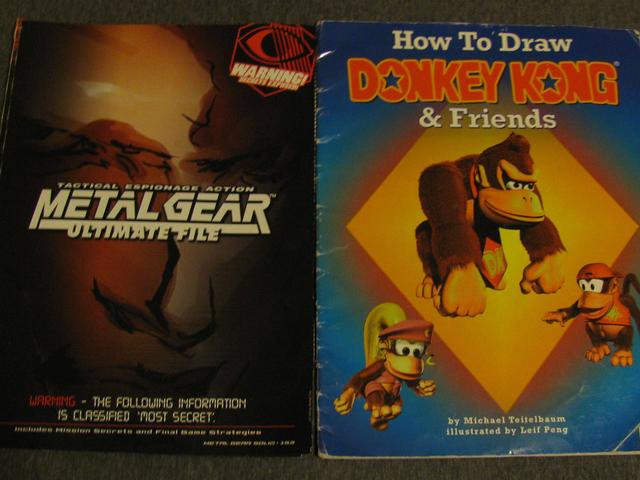 Two of my favorite games series of all time! The MGS is a small walkthrough about how to beat Metal Gear Rex and Ocelot at the end of the game. Now I just need to get passed Sniper Wolf to get that far. As you can tell, the second is how to draw characters from Donkey Kong. Everyone knows Donkey Kong has better games than Mario anyways. 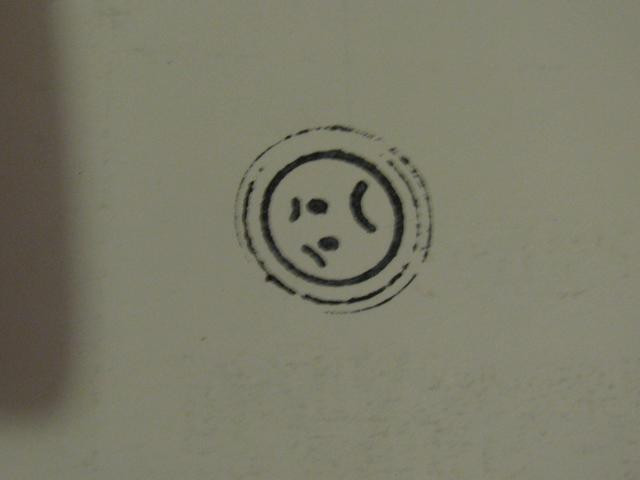 Why is this in the front cover of the Donkey Kong book though? It seems like someone disapproves of Donkey Kong. Seems like I will have to teach someone a lesson... *Cracks Knuckles* 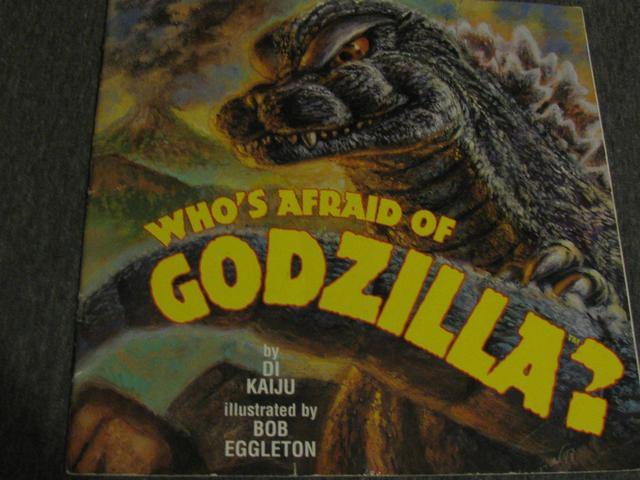 This... Book... Is... The... Best... Kids... Book... I... Have... Ever... Read! Apparently, the reason Godzilla came to Japan was because all the other monsters on Monster Island didn't like him. He was too powerful and big to play with. So Godzilla roamed the Earth, trying to find a place to make friends. Everytime he met someone new though, they would just run away. At the end, he comes back to Monster Island and stops Gigan and Megalon from bullying the other monsters. Gigan and Megalon fall in the volcano but Godzilla decides to save them, earning all the monsters friendships on the island. 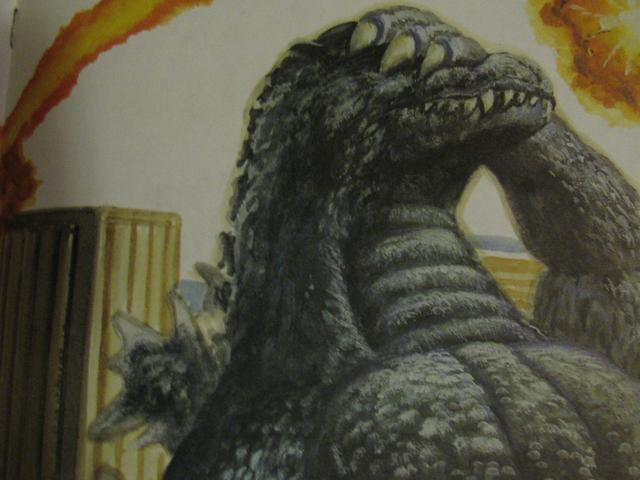 You know you have an epic fail on your hands when Godzilla face palms. 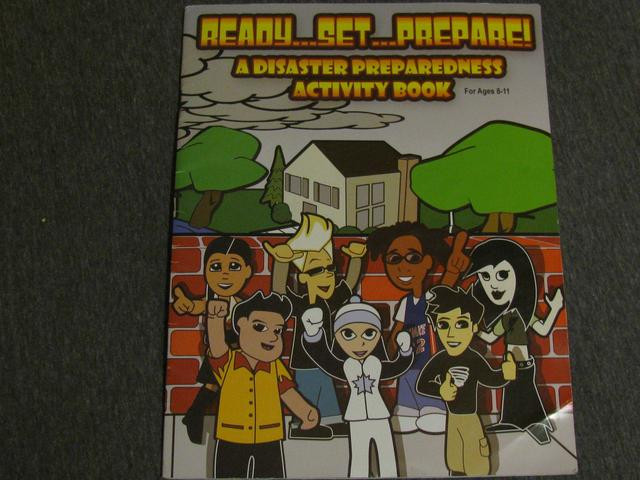 It may deceive you, but this is one of the best things in this package. Wanna know why? 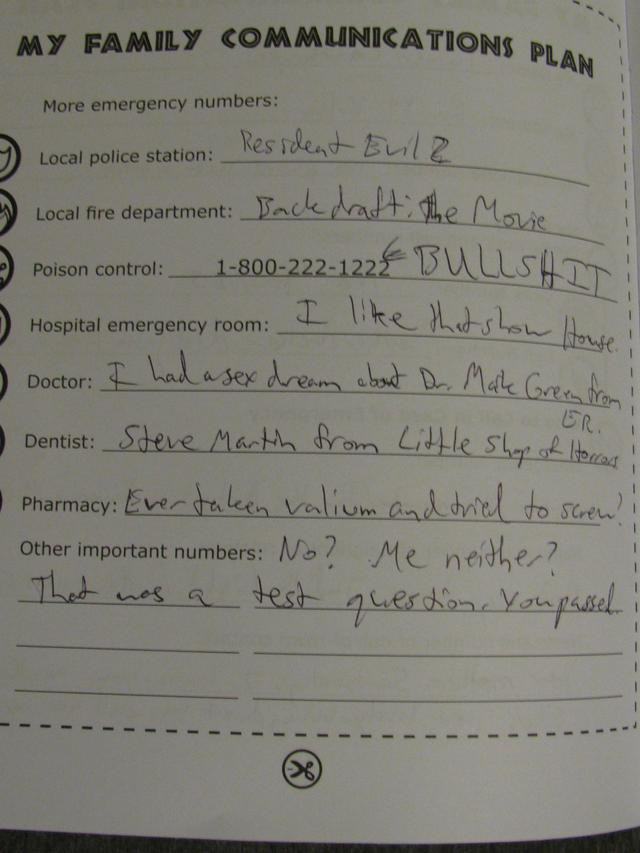 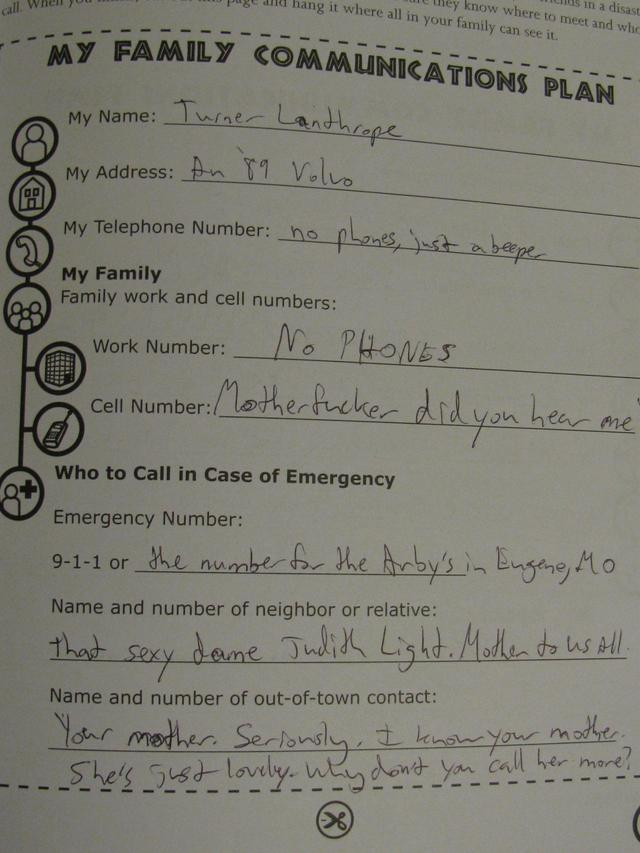 That should explain why. 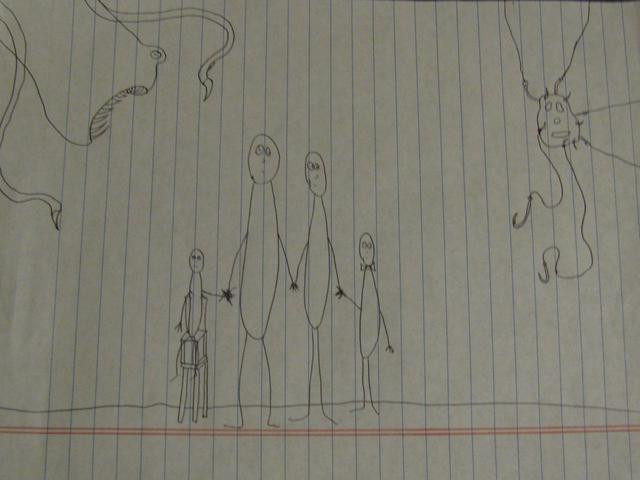 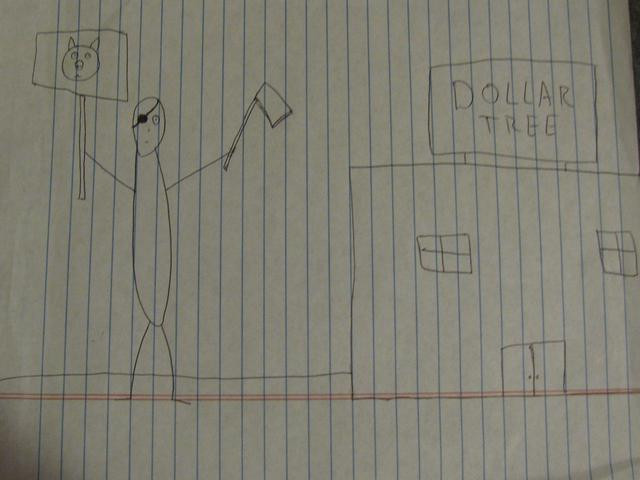 ...I have no idea what to make of these pictures. Maybe you all can... I am just completely lost. 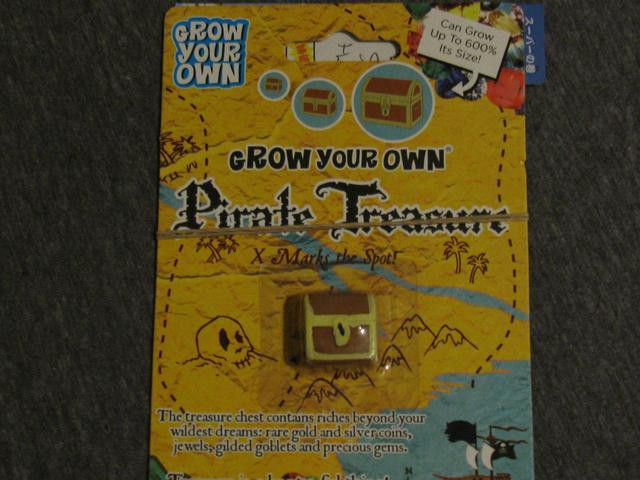 Hey, it's one of those grow your own _____ things! It's a treasure though... I guess Occams figured out I was after his booty... ARGH! ...Wait though, what's rubber banded to the back? 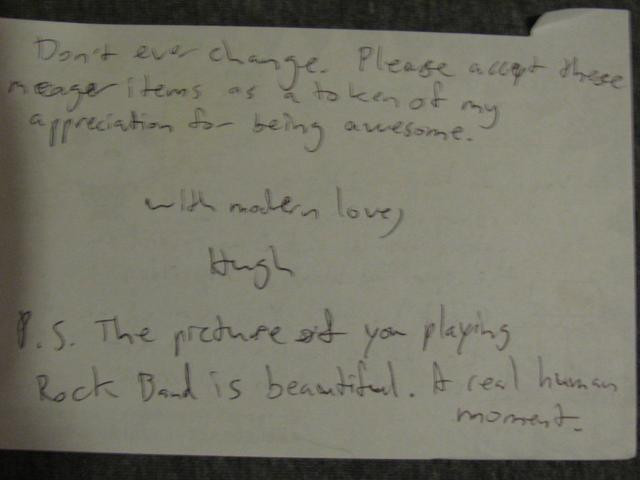 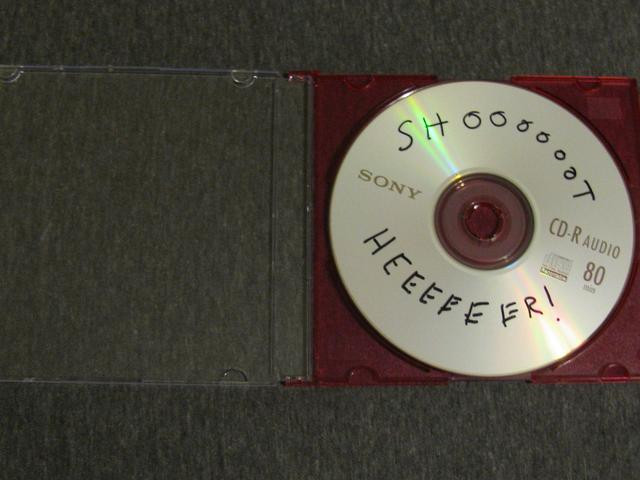 At first, my family thought it said "Shoot Heffer" 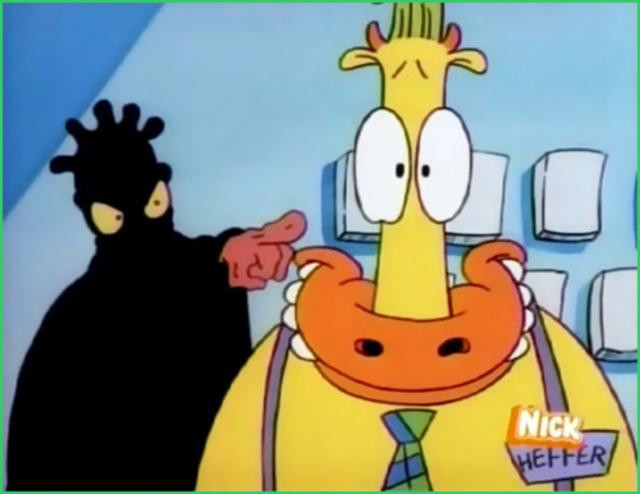 No idea why Occams would want to shoot Heffer, maybe... just maybe he hates cows. That cow hater. Anyways, the CD has a pretty awesome mix of a wide variety of songs. I love the first one by the way, classy intro. ;) 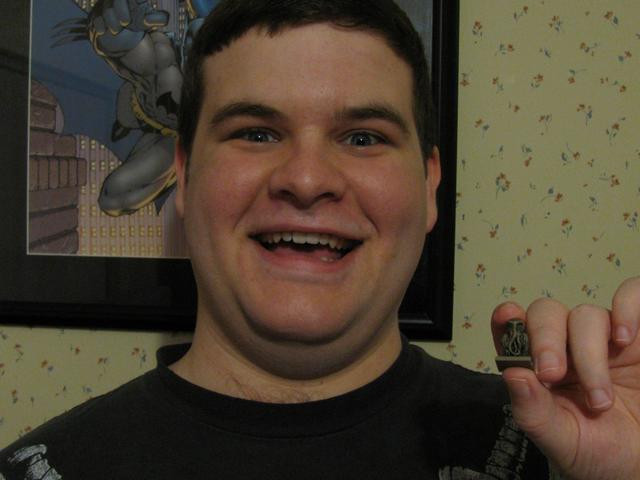 FINALLY! My own Cthulhu! I have already put him to work... 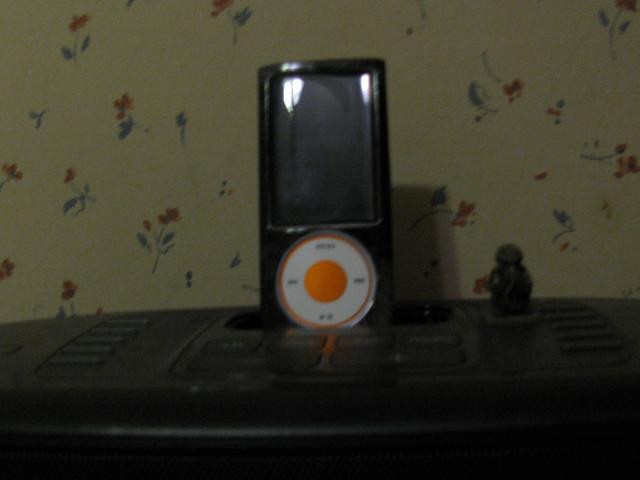 He's guarding my iPod! Now I know who to blame if it goes missing again.

Thank you so much for everything Occams, you are one of the reasons why I have made Destructoid my home. You are one of the brightest shining lights man, never change and never disappear. If you do, we will all find you.
#Community    #NOTvideogamesrelated
Login to vote this up!