It was pretty scary. And I get nervous when I think my generation will probably have to experience “the big one,” the earthquake that will release all the pent up energy that hasn't been released from the tectonic plates underneath Los Angeles in maybe 30 years.

But I wonder, “How do video game characters, both major and minor, feel when such epic disasters happen?" Whether they're natural or supernatural?

Keep in mind that this list was only generated by myself. I wrestled over the definition of a disaster and skipped over things that could be construed as something along the lines of a terrorist attack or something such as Kefka's world ending doomsday and the nuclear detonation of Call of Duty 4. 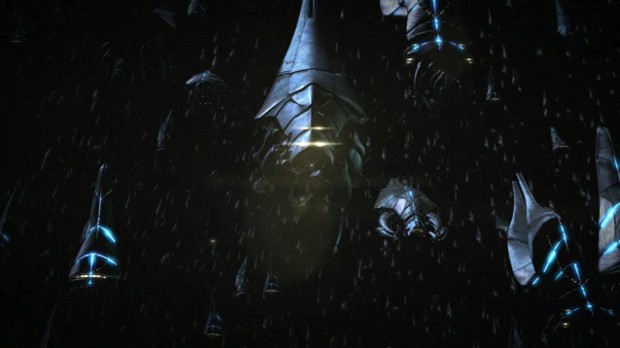 The collectors, your enemy in Mass Effect 2, are even repurposed slaves from the reaper's previous harvest. So it's not enough they were wiped out. Sometimes they become something that only furthers future harvests. What a kick in the dick.

Not only that, but this may be the single largest kind of disaster on the list. This isn't just something that affects your neighborhood, your country, or even your planet. This affects the entire known galaxy! The original plan, before Sheperd came into the picture, was to warp to the Citadel, the center of all civilized galactic politics, kill everyone important there, and lock down all communications there so that everyone else throughout the entire galaxy is none the wiser until you have a giant spaceship hovering over your city and hypnotizing you with its indoctrination.

So no, you can't move out of the neighborhood before it all goes down.

Do you have your own suggestions of disasters you'd hate to be caught up in? If you do, go ahead and share in the comments below!