The Gift of Gaming: BIONIC ARM! 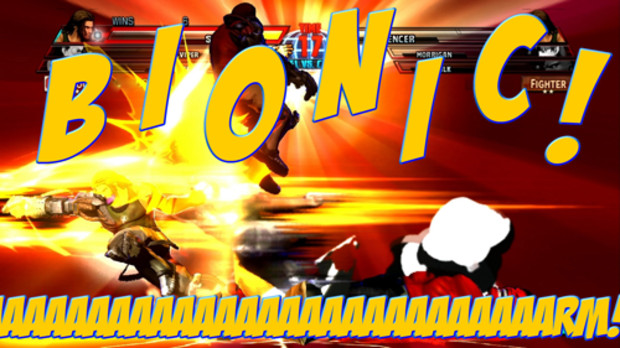 A great gift to me is something that qualifies the phrase, "the gift that keeps on giving." And what better gift is there that has more to give then what it initially offers then a good old fashioned fighting game? 2008 sounds so recent but it was six whole years ago. But 2008 was the release of Street Fighter IV and the proof of concept that fighting games weren't just a fad in the late 90's. It was a time of new blood. When Street Fighter II first made a splash, it damn well dried out the pool despite other big series starting up around it like Mortal Kombat and King of Fighters. But the pool reopened in 2008 and they even installed a water slide baby!

I was watching YouTube videos of Japanese arcades obsessively in class when I should have been paying attention. I sunk hours flunking Street Fighter IV's challenges and online lobbies. I got good with Blazblue, with their comprehensive starter guides that came packed in as DVDs. When a new fighter announced, released, overlooked, I found the hype. When SFIV singlehandedly jump started the long dead fighting game genre, it also stirred memories of classic games in the following years like how indie games patterned after classic games are now. And where most games will feel won and done in a month or two, DLC forgiving, fighting games have a meta that evolves and changes over an expanse of time, rejuvenating it sometimes. Fighting games used to be just another genre for me before, but when 2008 came, everything changed. Fighting games are a culture to me now.

Take Taiwan's Gamerbee for example. While characters like Akuma or Cammy were common sights back then, Gamerbee made a powerful showing with Adon of all characters. Now it's not as if Capcom directly responds to balance via what happens in major tournament, so even after EVO 2012, Adon was mechanically the same as before. But Gamerbee provided a proof of concept for Adon's capability and his usage became ever slightly higher after that. Heck, I gave Adon a try after seeing Gamerbee in action. All the zeitgeist needs is one particular show of impressive skill and showmanship and the shape of a game can change completely. 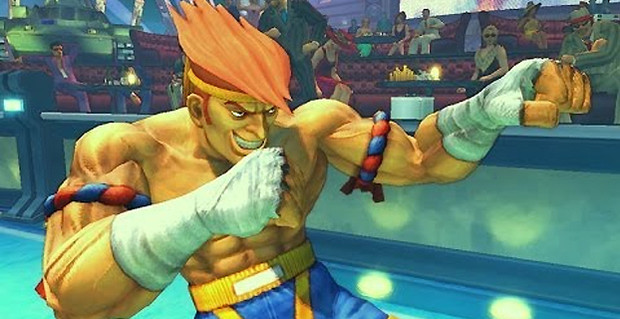 But there are also the endless references and moments that fighting games are so famous for. Dark Phoenix was once thought to be the plague of Marvel Vs. Capcom 3 and while her usage has gone down due to her risk, her power as Dark Phoenix is still very real. When Ageojoe fought Filipino Champ during Final Round XV, Joe was particularly known for running with a somewhat unconventional team consisting of Viewtiful Joe, Rocket Racoon, and Frank West. But Joe proved that actions speak louder than goofy gimmicks because he beat Filipino Champ with weird tech not once, but twice. First was a genius move with Frank using a combination of Barrel Roll's invulnerable frames and Funny Face Smasher to utterly annihilate Dark Phoenix in one shot. Second was a goofy mistake on Champ's part when he forgets about Rocket's Mad Hopper trap and loses in the most hilarious fashion possible.

And of course the title is an homage to Combofiend's infamous exploits with Spencer from Bionic Commando and his spectacularly versatile Bionic Lancer hyper combo, better known as the bona fide Bionic Arm. I liked playing Spencer before when he was relatively unknown but when Combofiend demonstrated to the world what Spencer was capable of, there was no doubt that his usage shot through the roof for the relatively simple powerhouse with the wife arm. There are a lot of moments worth mentioning from a variety of games like wombo combo, Tokido's real life raging demon, Smash Bros. Melee raising money for charity, and Mango Sentinel. A tournament even runs called Curleh Mustache! 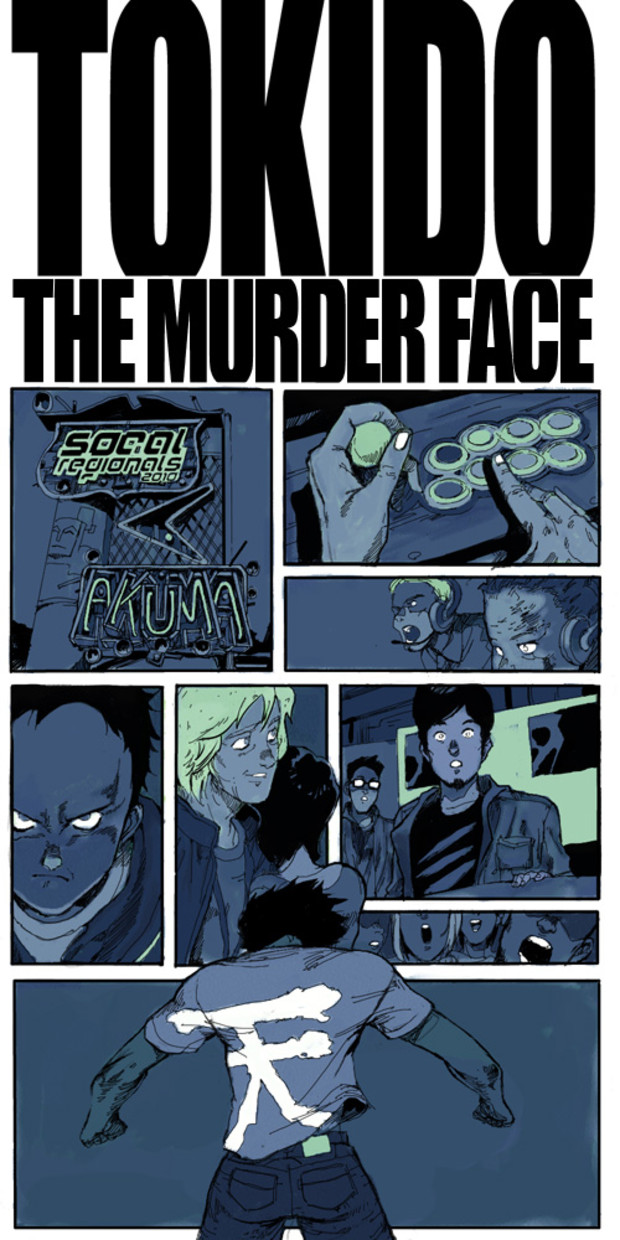 I've written about fighting games before. They are an endless thrill. I've thrown hours into training mode for all sorts of games. I've experienced the mad cap pace of Ultimate Marvel Vs. Capcom 3. I've played Skullgirls with my girlfriend with through the ubiquity of Steam. I've played countless runbacks with my friends on Persona 4 Arena, Blazblue: CS, Smash Brothers, and Injustice: Gods Among Us.

Thank you fighting games. You aren't just fun, but also a bridge to meeting people. I've befriended countless people, both life long and casual. There's always someone I know personally or something from Dtoid that I know I can hit up for the occasional test of might. Even jumping into random matchmaking can sometimes leave me feeling satisfied just as Ryu from Street Fighter would be: conferring to each other our passion of fighting games by exchanging blows and virtually beating each other senseless. Countless unranked lobbies and connections, where there were no hard feelings, or maybe someone was mad salty. Maybe I decide to take Zangief or Kanji out for a spin and they decided randomly to try Juri or Yukiko. Maybe I never wised up to the constant reversals and DPs and lost far more health than I should have. Even in the harshest of conditions, against someone I have no real method of communication with, pride just falls by the wayside and I decide to play as some weird Jigglypuff I have in my pocket or Chipp Zanuff. Winning is great but if no one's having fun than what's the point? That's why at some point I just forget about any win ratio and start goofing off with Viewtiful Joe or Gold Lightan.

This season, its all about Smash, possibly the best example of just jumping into For Glory, playing a few rounds to measure each other's skill, then just the inevitable moment when you stop caring about seriously winning and just starting playing random new characters like Zelda or Wario. Merry Christmas to you all, and season's beatings!