2:50 AM on 05.09.2014 (server time)    0
After finishing Kirby Triple Deluxe, I came to the realization that not all powers, at least in Triple Deluxe, are made equally. Sure, that's always been the case but now more than ever do I see the Fighter power being nerfed and the Archer power being insanely flexible to serve a variety of uses. Kirby has never been about difficulty but rather whimsical charm, colorful design, and of course, creative powers. If anything, we enjoy Kirby to see what sort of crazy powers he can copy then use to decimate the unsuspecting local fauna. While not a definitive list acknowledging all of Kirby's titles and powers, these are some of my favorite powers across several console generations' worth of Kirby games. 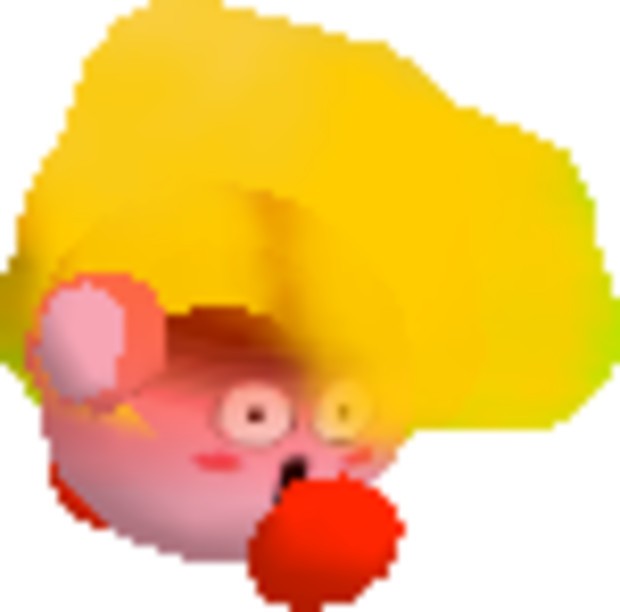 Fire + Spark = Match Spark aka the Human Torch
We all know that despite Kirby looking all cute, he is actually a badass. He can do it all after all, assuming he consumes his enemies. Here's a real power to really drive home your strength to your foes though. You think you're hard? Trying lighting yourself on fire and running into people to set them on fire.

We're not talking Human Torch stuff exactly. Human Torch is ok with being on fire because that's his special power. Kirby's special power isn't exactly to set himself on fire but just careful fire manipulation. So the kid gloves come off and he decides, "Fuck you're couch. I'm lighting myself on fire and taking you with me!"

After generating enough static electricity with towel, he sparks into a regular California brush fire, running around like a mad man, obstacles and monsters be damned. Get in his way? You can't hurt him! He's already burning his flesh off just to hurt you. You think he gives a damn son?

There are tons of powers I decided to leave off the list from Kirby 64's Triple Missile's, to the classic Cutter, to even a redundant Copy power which produces a partner that can copy powers like Kirby but these are some of my favorites from my many years of playing Kirby games. What are some of your favorite Kirby games and why?