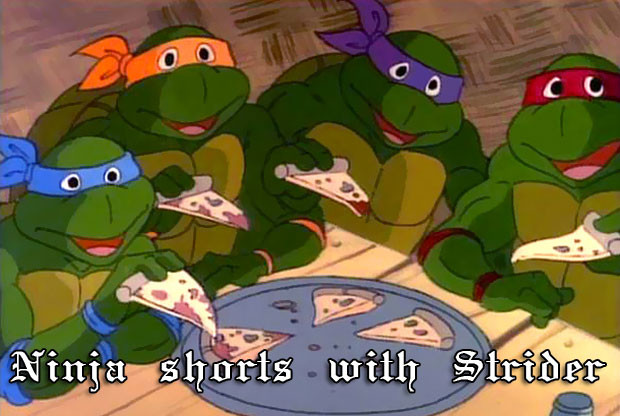 Binding of Isaac is a big name in the indie domain. I loved watching runs of it on a YouTube I follow, Star (also called Ster). It was hard to believe Rebirth could further refine the formula but not only does it do so with a massive quantity over quality aspect (while still being quality), but it's hard to believe that by moving away from Flash, the speed and complexity of Isaac could improve so exponentially.

All these compliments were from just watching it, before buying it.

Now I got it for (New) 3DS. It's actually so enjoyable that I'm currently playing it over Monster Hunter 4 Ultimate. But both are games supported on a fun factor that no two runs are ever alike. In MH4U, maybe Seregios will be more aggressive with its talon tear then usual. Maybe in Isaac, I get mega tears to really burn through the floors? Who knows? 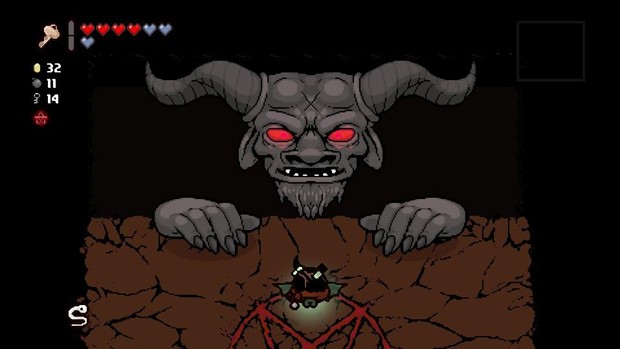 IV The Emperor - Challenge me!

Reaffirming my love of Monster Hunter is Isaac's penchant of challenging me. How about three bats while you have only a sliver of a cliff to stand on? Four monsters leaving bloody creep with another four charging me? A boss who shoots lasers and spawns flies that explode into more bullets? It's all fair game considering what upgrades you can get for Isaac.

I've gotten mega tears with poison before. I got Azazel's mini brimstone to encircle me as a shield before. Raiden-style homing lasers, charm shot, reusable cluster bombs, machine gun mini tears, and more! This game is crazy with variables. 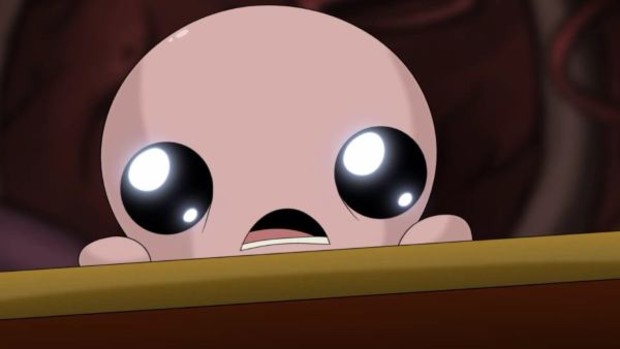 For a game covered in religious imagery, it's surprisingly straightforward. Sure, you can dig deep on how The Bible item kills Mom instantly or how the impact of using devil deal rooms. Or you can just play and accomplish runs over and over again in order to unlock new items for the item pool. There's that too.

Isaac also scratches that old school itch of mystery. Even with wikis helping you describe item effects, it can be very time consuming to look up every item and figure it out before you pick up a dead cat's head. Over time you just gotta learn items by their look and memorize what they do so you can build a very synergous set. I generally keep my eye out for Guppy items or the Gimpy. I now know never to pick up Number One or Soy Milk. Oh boy! Soy Milk did ever change my run. 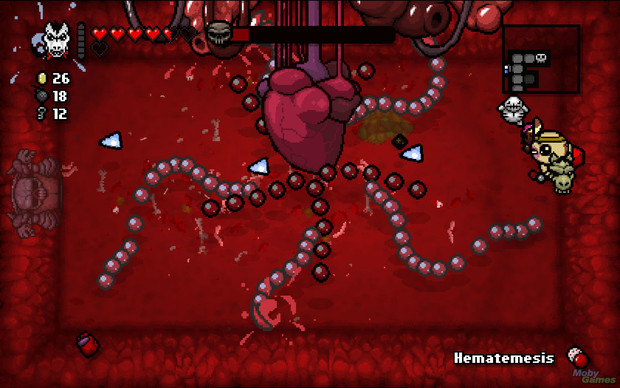 Isaac is still a game that requires the extra power of the New 3DS to get its desired results. For a game filled with so many variables with the requirement of extra power, there's bound to be a few hiccups. Mine have been a little more noticeable than the usual glitches I'm used to to.

The music will cut out random after certain attacks. Or maybe just randomly. Who knows? I know this has happened in the PC version before though. But that's only cosmetic.

Certain bosses near the endgame have flat out turned invisible. I have yet to see Mam Gurdy because the first and only time I've encountered her, she was invisible. Much more significant is the final stage of Satan becoming invisible in his final form. That was kind of unfair.