Persona 4: Ultimate and 4 other fighting games you probably don't know 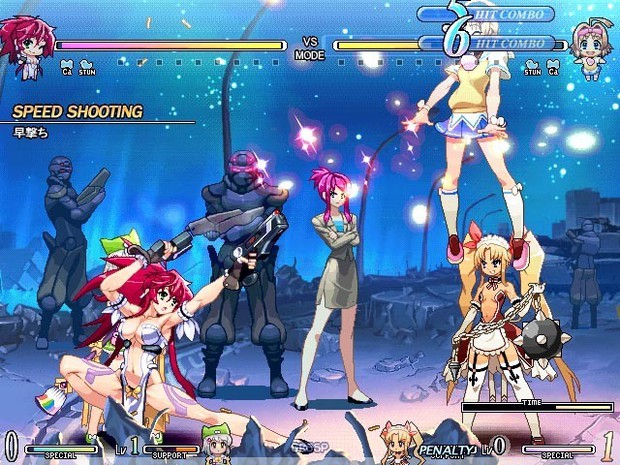 Vanguard Princess is a lot like a higher profile fighting game you may have seen at EVO 2k11, Arcane Hearts 3. Pretty much every character is female and has elements that invoke the Japanese term of moe. But it's rumored that Vanguard Princess was developed by an ex-Capcom employee, so that makes this game a neat little come back against the Capcom stable of fighters.

Before you go into battle, you can pick from one of four possible assists which all have a different approach to supporting you. The first, Kanae, can lay down different traps and unblockables. Juliet's assists are slow but powerful, making her a useful combo extender. Shiera has extremely useful zoning potential while Eko is great for all-around assists. Seperate from the super meter is an assist meter which governs how often you can use these assists.

The game is lighter on resources compared to the other fighters on this list. Even some laptops are capable of running this game smoothly. Plus it's free, so you might as well give this game a try as soon as you finish reading this!