Let's talk about Phoenix Wright and Nova in UMvC3

1:16 AM on 10.14.2011 (server time)    0
Several months ago, someone at Capcom goofed up and accidentally revealed all 12 new characters to Ultimate Marvel Vs. Capcom 3. The biggest shock was not that someone was actually careless enough to let this happen but that one particular character was unveiled with irrefutable proof that he had finally arrived: Phoenix Wright. 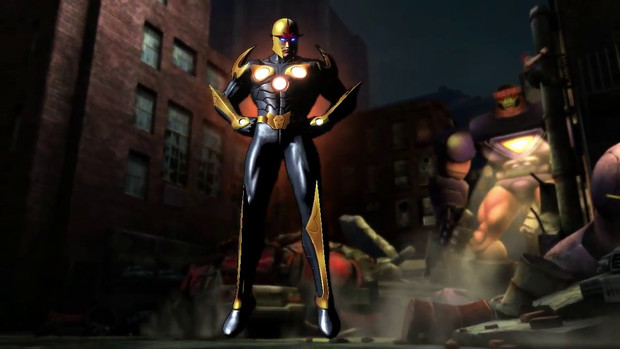 I can't wait until UMvC3 comes out. It may turn out just like Super Street Fighter IV, something that is much better and more polished, easily surpassing the original, only the turn around time is of course super fast. The impact of rendering the original obsolete so fast is an issue, but for the fighting game scene, it's always about moving forward. And now It's only a month away now!