3:21 AM on 08.28.2011 (server time)    0
For a lot of people, having a social moment among friends with video games was probably an event. A single day or several days on the calendar that you probably looked forward to.

Enter college: 4 years where I was expected to earn a degree (in journalism). But just earning a degree would be madness. I'm not some machine that does nothing but work.

It all started very strangely as far as campus clubs go. Another night of anime club and one of my friends told me he was starting a gaming club. It sounded fun, so I said I wanted in. 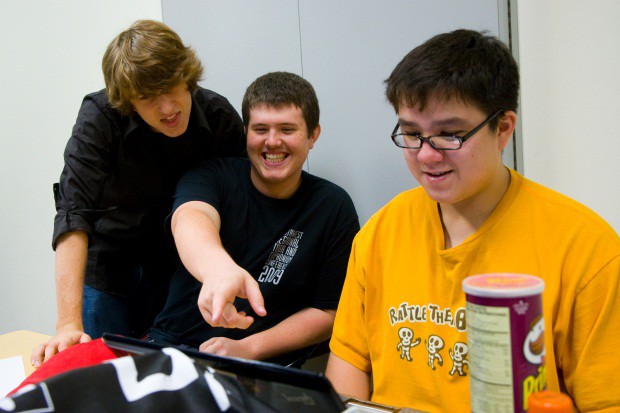 One of my favorite photos from the Scrubtacular Showdown.

It was at club that I met truly like-minded people about gaming and nerd culture. While I won't say they were all that dependable all the time (I still get questions from Associated Students asking if my email is still the club contact email. They have yet to change it), I spent a lot of great nights in that Liberal Arts building with an Xbox 360 hooked up to a projector system and playing Castle Crashers with three other friends while everyone else would glance at the fun while they played the Firefly RPG or something like that.

Those were good times.