A simplified history of Pokemon's metagame part 1: Red and Blue

11:21 PM on 09.13.2012 (server time)    0
The following is a series I worked on a long time ago. After a year of just being on Bitmob, I wanted to bring it over here on Destructoid. It was one of my favorite writing projects ever.

At its most basic, Pok�mon hasn't changed a whole lot. You and your opponent send out little monsters, you tell them how to fight and the last one standing is the winner.

Let's take a quick stroll down memory and reminisce about where we've really come in terms of progression of such a long lasting franchise that has changed subtly over the years so much. 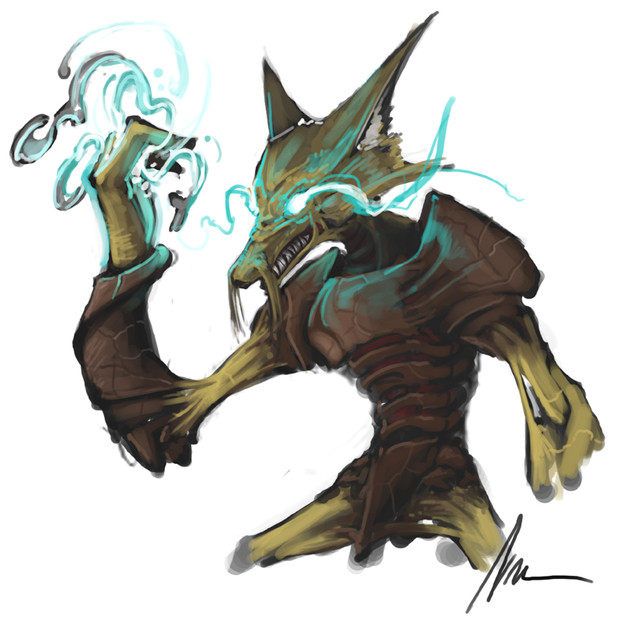 Think back to the old type chart from RBY and you'd think it all worked correctly. Fire beats grass, grass beats water, and water beats fire. Dragons were only weak to ice and resisted these basic elements.

But any person lucky enough to catch an Abra knows otherwise about balance. These little guys were annoying to catch since they only knew one move: Teleport. Thus, when you encountered one, their only choice was to run away. But if you did catch one, you just caught yourself a champion.

Alakazam dominated teams for two glaring reasons. First, it had an incredible special stat. For you newer Pok�mon trainers out there, Pok�mon only had 5 ruling attributes: HP, attack, defense, special, and speed. So even though attack and defense were differentiated, having a high special attribute meant your Pok�mon could not only dish out special attacks but take special attacks as well. Not only that but attacks of a certain type like rock or bug counted against defense and others like water and psychic for special. Water attacks, like Water Gun for example, used the special stat and hit the opponent's special stat to calculate damage.

Most Pok�mon with a special stat high enough to survive a Psychic from Alakzam would usually struggle to deal damage back due to how special worked back then. Most Pokemon that would try targeting Alakazam's weak defense usually had low special, and thus would get KO'd because of Alakazam's high speed and special.

As if this wasn't enough, the system for determining critical hits was based on the speed stat. The faster the Pok�mon, the higher the chance for a critical hit to occur, giving fast Pokemon like Jolteon a hidden advantage against slower Pok�mon who's value may have been in defense rather then speed.

So you have a powerful psychic-type Pok�mon everyone wanted. What was the hard check to this overwhelmingly powerful Pok�mon? Ghost-types and bug-types?

Nothing really. Yes it had low defense so anything capable of surviving its signature Psychic attack could probably kill it but that's practically a ritualistic sacrifice. In what can only be described as a glaring oversight, the only ghost Pok�mon in the game were also dual typed as poison, meaning they'd be weak to psychic attacks. And most bug-types also shared this dual typing logic for some reason.

As if that weren't enough, there existed no actual effective bug or ghost-type attacks. In fact, if you tried to use the only functioning ghost-type attack (Lick) on Alakazam, I'm pretty sure you'd get a �It doesn't effect it...� message. As for bug Pokemon, well, take your pick: Twineedle or Pin Missile?

Well, Bullet Punch-Scizor had to start somewhere, right? And it all started in Underused tier RBY.

This area of the metagame is what really stands out when you revisit its history. For some reason, Gamefreak created psychic-types, which were strong against fighting and poison-types and weak to ghost and bug-types. And yet no actual effective ghost or bug-type attacks existed and too many Pok�mon carried a secondary poison-type. Nearly every grass Pok�mon was part poison for some reason. What? Was poison ivy prevalent in the Kanto region or something?

Looking back on the tiers for first generation, I see things that are practically impossible now in fifth generation. Tauros sweeping late game with Hyper Beam? Madness! Golem being in the Overused tier? Incredible! Victreebel being mentioned at all? How can I be sure this wasn't a different era but actually a different dimension?

And this sort of bizarro metagame could only exist with the strange differentiation between attack/defense and special. When you think about it, Pok�mon like Golem work hard to have both powerful attack and defense. Meanwhile, Alakazam, despite having low defense, it blessed with a high special attribute that allows it to both attack and defend well with designated special attacks like Psychic.

Notable threats in this generation included Alakazam, Starmie, Chansey, Snorlax, and Rhydon. This generation gave birth to several Pokemon who remain relevant to the metagame to this day: Starmie, Blissey (which evolves from Chansey), Gengar, and Gyrados. Normal attacks were more common place as well, as Hyper Beam back then used the attack stat; the attack was still a physical attack before the physical/special split in the 3rd generation occurred. Body Slam also showed up on several movesets for its combination of power and paralysis, which was the best way to cripple sweepers and still is.

Meanwhile, this would be the peak for others, as they'd slowly fade into mediocrity as the years passed by. Snorlax, Alakazam, Tauros, and Moltres would all be weakened in some way or another in the coming generations. But that's for another story.

Next time, we move into the 2nd and 3rd generations with Gold/Silver/Crystal and Ruby/Sapphire/Emerald. We'll see the special stat become split, the introduction of two new types, and the weather surrounding the metagame changes, literally!

Research and credit goes towards the archives of Smogon.