This is something that I’ve toiled over for a few years. In fact, the reason that I am writing this today is because of my forty-five minute rant to myself in the shower. If this doesn’t translate very well, I can at least say that I’m very, very clean.

The topic of my rant was how the story, dialogue, and personality of characters impact a video game. While this may seem like a no brainer, there are a lot of cases wherein people do not weigh this nearly as heavily as it should be. Granted, there are some genres of games that don’t stress this because they don’t feel the need to focus on it but many genres focus on it. In some cases, they hit it out the park but in other cases they drop the ball more than a Jacksonville Jaguars wide receiver.

Let’s begin with how the story affects the game. Oh yes, there will be spoilers. A good story will always engage the player. There is no way around that. As video games have grown closer and closer to meeting (and eventually surpassing) the quality of stories from movies, we’ve been getting many engaging stories that have spanned across numerous genres in the industry. I’d refer to an RPG for this point; however, the story is the majority of the experience in an RPG. I’ll get back to that genre later. Instead, we’ll take a look at what Hideo Kojima has done with the Metal Gear Solid series. Sure, the story has one of the most convoluted plots in the industry’s history of all entertainment; however, there is not a person that can deny how well it is told. Specifically I’ll refer to, my favorite entry in the series, Metal Gear Solid 3: Snake Eater.

Similarly to James Bond (Kojima admitted to the series being an influence) we open with an amazing theme song by Cynthia Harrell. Her lyrics juxtaposed with the visuals immediately provides the audience with the mood of the game. It only takes this game three minutes to do something that a plethora of games fail to do in hours. Going forward, we are given a captivating story that begins with Snake being betrayed by his mentor and ends with the Snake killing his mentor. Now, what happens in the middle of those two points is what I’m referring to. We all know how the story will end considering the beginning. The story arc provides us with an inkling that of who the villain is so our story isn’t over until we have dealt with the villain. To get from point A to point Z, we are given a story about espionage, betrayal, and redemption. As we play as Snake, we participate in the espionage. We are “the spy”, we know our mission. It’s the other two points that support the impact of the story. Being that we are so engaged in the story, the betrayal and redemption weigh heavily to us. The redemption is expected but the payoff is a mix of emotions. We know that we will eventually have an opportunity for payback; however, when that moment happens, when you finally defeat “The Boss” (her actual name) it’s bittersweet. It’s a great feeling but there is also a feeling of sadness. This was Snake’s mentor that betrayed him but bigger than that, this was Snake’s mentor that he had to kill. Also, a mechanic that adds to the sadness comes after the final cutscene, The Boss says "Kill me... there is only room for one Boss. And one Snake." the cutscene dips out and you re-enter gameplay. The game leaves you to press a button to fire the bullet that actually kills her. Goodness, that heavy. 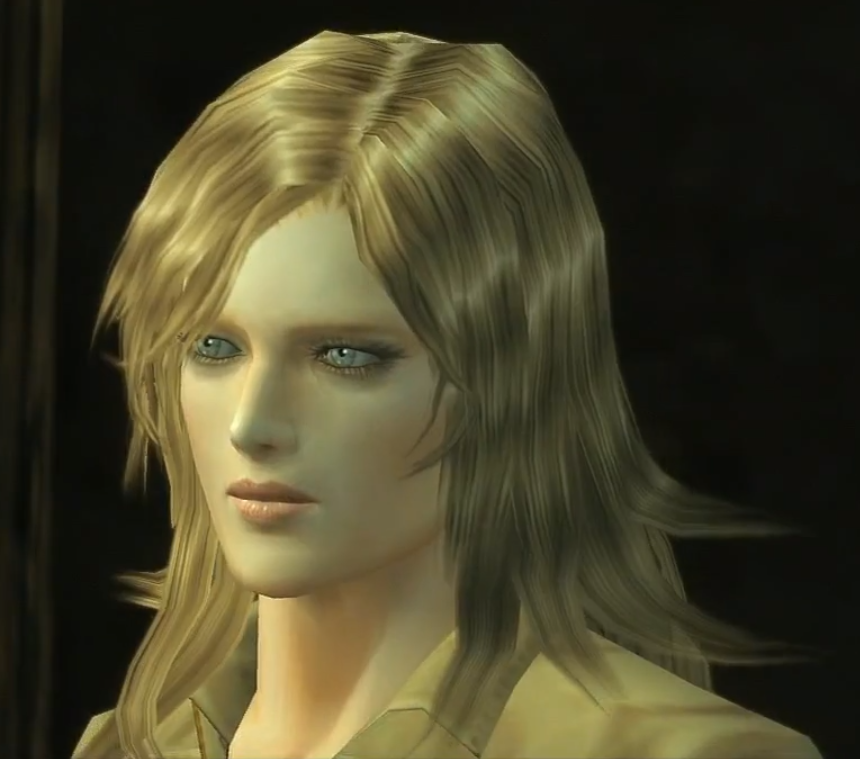 The betrayal is even bigger though. In the game we befriend another agent by the name of EVA. Now, throughout the entire game, most of Snake’s human emotions are revealed with her. This is a match made in heaven. One of Snake’s goals is to recover the Philosopher’s Legacy, which is $100 Billion that was illegally inherited by the Soviets (or just Volgin). Now, throughout the entire game we see EVA as a comrade and love interest for our hero. She is helping us as we are helping her. So, one night they have sex and, like a one night stand, EVA is gone in the morning. All that is left is an audiotape where she admits to be a Chinese spy sent to steal the Philosopher’s Legacy – the same thing that Snake was trying to retrieve. That’s only half of the reveal, the other is that his mentor, The Boss, didn’t betray him, she actually was given orders from the government to infiltrate the soviets hence the reason for the pseudo disloyalty. Talk about a twist. When this is revealed, you as the player are taken aback. I can’t be the only person on the planet that had my jaw agape when that was revealed.

One of the most integral parts of any story is how the dialogue translates the tale. Let’s face it; if our favorite movie had the best story in the world but had terrible dialogue, we’d be asleep before we were given the opportunity to say that we enjoyed the film. The same thing goes for video games. To discuss how dialogue impacts video games, I’m going to use Final Fantasy. Which one? I’ll be talking about my favorite entry in the series - Final Fantasy 9. I’ll cover why at some point later. At any rate, Final Fantasy 9 has a great story filled twists and wonderment. Final Fantasy 9 also introduced the Active Time Events – these events allowed us to get more of the story through little cutscenes that ran parallel with our quest.

Now, the dialogue in this game is great. Every character has their own mentality, morals, and desires so all of the characters do not sound like each other. In turn, every character has something different to offer the exchange. Being that there are so many exchanges over this four-disc title, I’ll focus on a specific exchange that progresses throughout the story. It’s the relationship between Zidane and Garnet. We meet Zidane and off the bat, we know he’s a ladies man. He has several exchanges with women in town and they swoon over him. He plays the part. Then Tantalus, his band of thieves, concocts a plan to steal Princess Garnet Til Alexandros XVII. Here’s the shocker though, Garnet has been planning to run away from the kingdom. Now, when Zidane meets her, he talks to her like she is any other girl. Initially, you have a few moments when you can choose to flirt with her or stay neutral. That’s all fine and dandy because that’s whom we’ve come to know Zidane is. Now as the game progresses and Zidane has cemented his feelings for Garnet as well as served as her protector – his dialogue shifts. The dialogue becomes more endearing. This is perfect because without this, the story will not translate as well as we need it to. For instance – Zidane falls for Garnet, she changes his ways because he realizes that he’d do anything for her. Now, if we don’t understand that through the dialogue (which at this stage in gaming, is all we really had to understand that), later on in the game when Queen Brahne dies – the only mother that Garnet knew – there is no way that we would buy the support that Zidane gives Garnet. Not to mention that Garnet loses her voice at that point, which wouldn’t have helped us without that context either. The relationship between the two is inferred so heavily, that later in the game when we find out that Zidane was a puppet sent to the planet Gaia to essentially kill it so that the planet Terra could live on and he has an insane breakdown and pretty much goes into a brief, albeit deep, depression – when Garnet comes to his aid during the “You Are Not Alone” scene (which is brilliant, by the way) we understand why she is the only person that brings him back to his senses. The dialogue translates the emotions of the characters and pushes the story along.

Lastly, I’ll talk about how the personality of the characters impacts the game. For this, I’ll use a few characters from some games – the cast of Final Fantasy X, Commander Shepard from Mass Effect, and Nathan Drake from Uncharted. These are games where the personalities of the character drives the dialogue, which cements how well the story translates. See, everything comes full circle here.

To begin with, every playable character in Final Fantasy X are different and have different ideals. From Wakka’s innate devotion to the religion of Yevon to Rikku’s desire of stopping Yuna from finishing her pilgrimage, there are a number of characters for you to favor. The reason that I picked FFX as an example is because, thanks to the sphere grid system, any character can have any ability and statistics – I’d have Tidus, Khimari, and Rikku. Anyway, these characters opened my eyes to how personality can skew the way I play the game.

Moving on, we had the concept of “choose your own adventure games.” With that, we meet Commander Shepard. In Mass Effect, we’re given opportunities to answer and respond to certain, story bending, situations that actually skew the story. Also, you can choose to be a hero or a giant douche. This allowed us to feel like we are part of the creation of a character. Above is Commander Shepard being a jerk, which is always hilarious to watch. "I just saved you from a nasty prison shower scene."

Lastly, my favorite example; is Nathan Drake from Uncharted. In truth, I could’ve used Uncharted for every point here. Naughty Dog has done something really special over the last few years with the Uncharted and Last of Us series. I’d say that Nathan Drake has the most personality of any character from the last generation of gaming. He extends his personality beyond cutscenes and they seep into the gameplay, which is phenomenal. When an obstacle of danger heads his way and we hear him scream “No, no, no, no!” we have a sense of urgency to get him away. His numerous quips with Sully and Elena push us to be more engaged with the characters, the story, and ultimately the game.

Well, this was pretty much how my rant in the shower went. While this is probably better thought out, I’d like to know if you agree or disagree. Hell, what are some of your favorite displays of story, dialogue, and/or personalities in gaming? I’d love to hear them.

Hey guys! I'm just an avid gamer with thoughts like everyone else.