Sewaddle is the best Pokemon. You're definitely wrong if you think otherwise 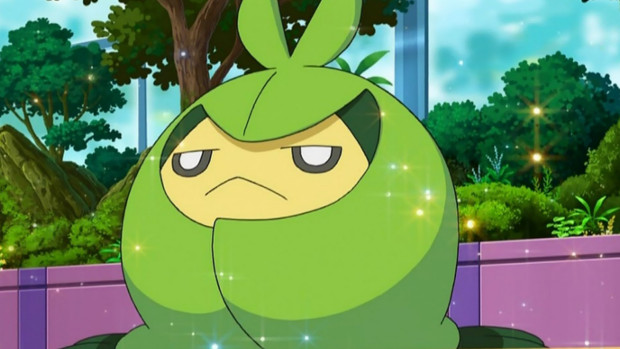 Look at that majestic cape. THAT SHIT IS BUILT IN. That's right, while your pasty-ass is hangin' out sewing your lame-ass cosplay in your mom's basement, Sewaddle is out makin' his own cape AND THEN BEATING THE SHIT OUT OF THUGS(pokemon). GET ON HIS LEVEL. His parents didn't even die either. Your move Batman.

Look at all of your inferior Pokemon. Those submissive little bastards just evolve whenever you tell them to. You know when Sewaddle evolves? When he thinks your dumb ass is capable of dealing with his awesomeness. That's right, if you're too much of a little bitch or don't treat Sewaddle with the proper respect he'll just stay as Batman forever. That doesn't sound too bad either way.

So, which Pokemon do you think is the coolest? You're wrong. Shhhhh, don't fight it or you'll just embarrass yourself even further.

Now, which Pokemon do you think is the second coolest? Sound off below.
#ShareonCommunityBlogs
Login to vote this up!