I feel so much better

Anyway, I've been visiting the forums and coming to Destructoid more often. I still haven't earned a single friend here (not made, EARNED. I made some because of my other blog of me whining about me not fitting in the community, but I haven't actually earned any in my opinion), but I'm not upset at all. I am having a good time here regardless. For one thing (and I don't know exactly why), I found myself a part of the community here. Maybe it's just because I'm coming here more often. Either way, I feel great. :)

Another thing is that I also bought a couple of games from this website. I have never, in my wildest dreams, found such a great deal of a certain game that I was looking for a very long time: Advance Wars: Days of Ruin. My stores have this game, but they're either sold at a very expensive price or treated very badly. Other sites such as Amazon sold them at decent prices, but it apparently takes over two weeks for the game to even get shipped, so I was tired of waiting and cancelled. Now I tried Destructiod, and it didn't take long for the game to get to where I'm at. Plus, it's in a very good condition!

Destructiod is just....weird! lol I never seen such a site that can do ALL of this for me in only few weeks, and that includes those pep talks at my last blog. Already, this place made me very happy! So happy that I'll put a little bit of information about myself that I should've done since the day I first logged in.

My name is William Lawrence Jasper, and I am a triplet. My brothers are Travis Zachery Jasper and Josh William Jasper. Travis lives very far away from me now, while Josh lives at the same city I live doing really stupid things on the Internet (I won't get into detail about the history of crap he did to me, Travis, my friends, and my other Internet friends). My favorite video games and series are under my "About Me", and I am mostly an RPG, music (which is what I play the most), and fighting gamer, with my least favorite genre being Racing games. I won't reveal my age, but I'll say that I'm a veeery young adult.....okay, I'm a teen. I trust you all already anyway. Also, I'm hoping to stream myself playing some games on Twitch.tv in the near future, being a long time user there and all. It's a really great place, other than here.

SRPGs such as FF: Tactics and SMT: Devil Survivor are the ones I love the most. Other than that, I play tons of RPGs. Same goes for fighting games and music games. In fighting games, I ALWAYS main certain types of characters. First and foremost, I mostly main women. They usually have the most unique fighting style. Anyway, here are the types I usually main: 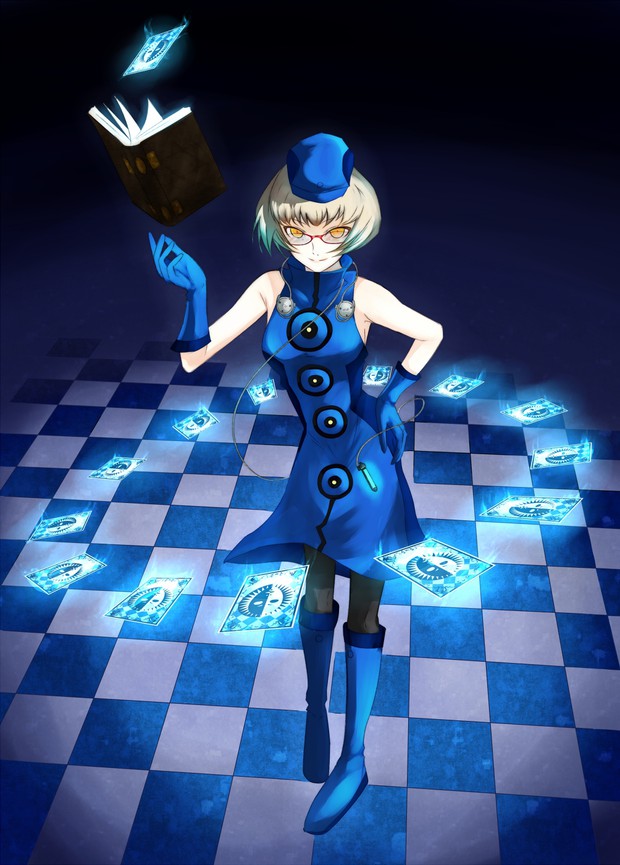 Fixed. (Such as Elizabeth from P4A, I-no from GG, Hilda from UNiB, and Aozaki Aoko from MB): I just simply like how they look and fight. Besides, they're usually some of the hardest characters to master, which are usually the types I like using a lot. And finally, they have the BEST personalities imo.

Finally, I love rhythm and music games, especially Vocaloid and Patapon. I love Vocaloid so much that I have the limited bundle of Project Diva for the PSP. Really fun and awesome.

That's all I can say for introduction. Finally, I still won't be able to comment a lot in the forums and blogs, nor will I be visiting here that much. One, I have school of course, and two, I took up a job at Target (which is going swell). Oh well. I'm still happy and trying.

Thanks for reading, have a wonderful year, and thank you all so much. :)
#ShareonCommunityBlogs
Login to vote this up!

Here's some of my favorite video games and video game series.

The games I completed: