My Generation Really Needs to Get Over Invader Zim

5:27 PM on 01.04.2010 (server time)    0
I am not a member of the The Escapist Forums. On a scale of one to retarded they fall somewhere between Paris Hilton and Donald Trump (wheras Destructoid is merely between Steve Jobs and Peter Molyneux), which is a bit lower than most gamer forums dip. That said, when they ran a poll of the best post-2000 kids' cartoons, I was disturbed when Invader Zim overwhelmingly topped it.

What's worse is that this is not a phenomenon unique to the Escapist. Oh, no, go onto DeviantArt, Myspace, and any given site that markets to the subcultures of generation Y, and you will find an overwhelming amount of support for that brave little cartoon, canceled after only two seasons. "They just didn't understand Invader Zim," complains the pudgy goth girl with the superfluous nose piercing, "it was too edgy for kids so they canceled it." Meanwhile, the gamer guy in the headphones that I take the bus with notes that, "Jhonen Vasquez was a really subversive artist, and the corporation"-he emphasizes 'corporation' to establish how much he hates Nickelodeon-"put him down for expressing himself." The "Edgy" crowd leans toward referencing the "Dark Harvest" episode, wherein Zim harvests organs from the children in his class, whereas the "art and expression" crowd tends to draw comparisons between Zim and Vasquez's indie comics work, most notably Johnny the Homicidal Maniac. 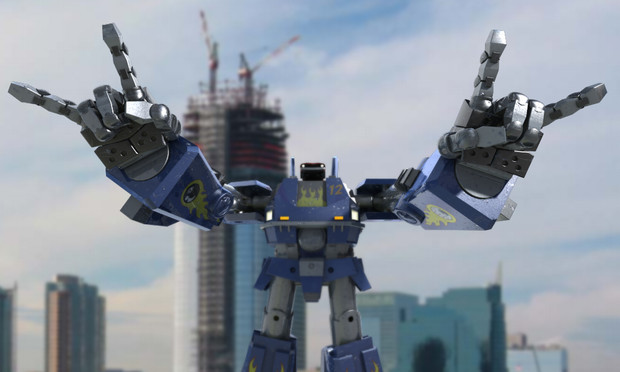 If you're going to complain about a cartoon canceled after two seasons, complain about Megas XLR, the stellar parody of the giant-robo genre. Though I wouldn't say that it has the lasting appeal of Spongebob or the artistic merit of Jack, it took everything we anime fans held dear and thrashed it a new one to a punk rock soundtrack. It made me grow hair on my chest with its fight scenes, and the subtle, referential humor (and big, bombastic humor) always kept me laughing.

So please, people. Stop humming the "doom song" as you browse Hot Topic. In Biblical terms, all you're doing is worshipping a golden calf.
#Community    #NOTvideogamesrelated
Login to vote this up!

My name is Liam, and I love explosions, history, people getting punched in the face, gas masks, leather gloves, broadswords, nice hips and legs, the internet, dogs, and rugged stubble in no particular order.