For those of us who "care" well...another screenie of who's added. 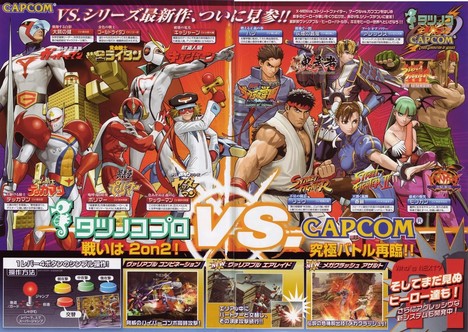 Outside the ones we know, Soki from Onimusha 4 and Morrigan from Darkstalkers/Night Warriors are added. For the record, yes Morrigan will have new updated sprites. Capcom actually stopped being lazy and made the poor D Size girl actual new sprites.

I knew about Morrigan added. Soki....would've preferred Samonosuke or Jubei over that pansy. Though I do love the fact Capcom's actually...breaking away from the constant Street Fighter additions and actually using their other characters outside of their primary genre.

Full image here
#Community
Login to vote this up!