It's A Crime Not To Have 2 Controllers in a System Now. 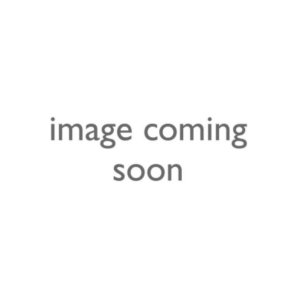 Controllers. It's what we need to play games...an alternative (and bad for FPS...) to PC gaming keyboard elitist. Quite simply a remote for said little white systems that could. In the end, they're controllers. It's a question that has probably crossed your mind and a question I hear quite alot lately on the salesfloor at Best Buy. Never are 2 controllers bundled with a system by default. We're forced to pay money that we'd still be paying if we bought it together. Many ask, Why?

In this day and age, as Video Games continue to grow ever so popular with us young/teen/tadult/adult/obese players, this should be a standard practice. I shouldn't have to wait till christmas and hope for a Christmas only special bundle packaged with 1 "meh" game and 2 new controllers". Christmas would be the perfect time for such a thing....but so would year round. Online gaming may be the big thing in the future, but gamers still have company over their house or a bro/sis who want to play a game with you. Lets look at Microsoft and their XBLA bit. Most of these games are old school games...some of are new school. Majority of these games can be 2-4 players (3 if we're talking the new capcom game they released last week.) Some have the option to play with others online but that option for a split screen 2 player gaming is still there. Seeing parents KNOW most of the time whoever the system's for, they'll have friends over. Not everyone goes out and buys said system, head to a friends house on a regular, and bring a controller. Especially if said friend can play the same game from home, online, no moving his lazy ass anywhere but to the couch. The only current system not really exempt from this is the Wii as everyone and their grandmama's mama have it or want it. (or went out and bought a remote...hoping games were on the remote.) Seeing this system is a big home multiplayer grabber to begin with, parents already know to grab at least 3 extra remotes and maybe nunchucks. If Nintendo was smart, they would've bundled 4 Wiimotes/Nunchucks to go along with the system. They know it's hot. They know people will buy it anyway because it's hot, parents love it, and cause it prints money. Paying a few extra bucks along with the system doesn't kill anyone. Wasn't expectin that controller were you?

something told me to write more. But I figure I can break this into parts.
#Community
Login to vote this up!