Why hello thar... look what my Rock Band 2 challenges told me to play... 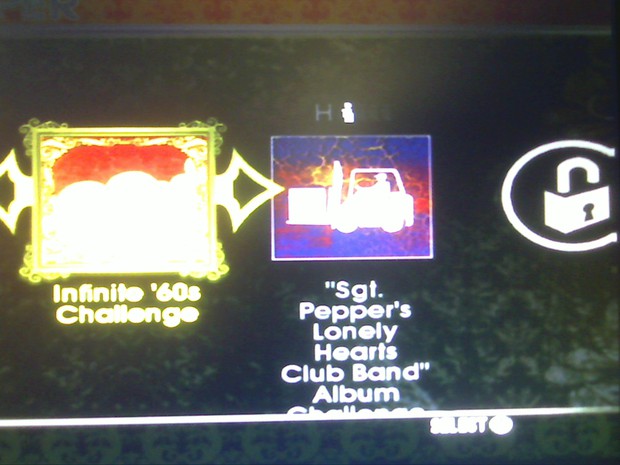 Well... that's slightly better. But I don't even have the whole album. I guess I'll just play the '60s challenge.

Wait a minute... that would include that album!

Disclaimer: Please don't get any nasty idea that these are possible on a normal Rock Band 2 game. Those are just RB2 custom/unofficial imported songs. This post was only make some laughs and talk about what I'm currently playing.

Anyways... it's nice that RB 2 treats every song the same way. I just wonder what's their algorithm to decide which challenge to put where.
#Commentary    #Community
Login to vote this up!