Bring it back: The Movies 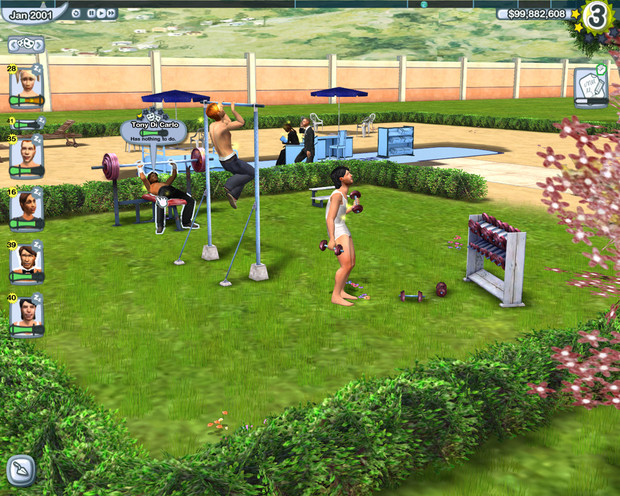 The Movies is a game where players are in charge of a movie studio. Players have "full control" in designing movies, financing their studio, and taking care of their movie stars.

History
-Started production in 2001
-Announced during E3 2002
-Generated tons of buzz during development
-4 years development
-Had Online Community where one can upload movies, lasted until 2008
-Canceled on PS2, XBOX, Gamecube
-Released expansion pack The Movies: Stunts and Effects in 2006
-Mac version won a BAFTA award for Best Simulation Game

The Ugly
A very steep learning curve. The game tries it best to teach you the basics and hold your hand throughout the game. However, there are too many undocumented features. This results in trial and error in discovering new ways to shoot and edit movies. It's common for the first movies players make to be horrible.

The Simulation aspect of the game falls flat on its face. It can be too overwhelming for beginners trying to balance the needs of everyone on the studio lots, creating a movie, and trying to improve the quality of your studio. The most frustrating thing are the movie stars. One moment they are happy, the next moment they threaten to walk out and quit. They are inconsistent with their needs and become over-exaggerated caricature of real life movie stars.

The Bad
Once players have successful movies, successful movie stars, and unlocked most of the stuff, the simulation aspect of the game becomes irrelevant. Scriptwriters can be ignored once you can write your own scripts. Needs of your employees diminished once you unlock perks from movie awards. In hindsight, it is good thing since one can devote more time on the movie making aspect.

Speaking of time, The Movies will take a lot of it. Once you dive into the advanced movie making features, it might take a whole day to complete one movie. It is a double-edged sword: the time it takes to created a decent movie and the sophisticated movie tools.

The Good
The reward of a finished product. It feels so good watching movies that you created yourself. Even the bad ones.

The depth of the movie maker. Players can design your movies with a variety of scenes, sets, and costumes. The Movies will even let one do post production on their movies: adding dialogue (with lip syncing), sound effects, and music.

The online community. Well, what's left of it. I remember the Lionhead Studio's site being a decent online community where one can share their movies, share their actors, and download new tools. The community is not even dead yet. There are countless mod sites that gives players more tools in designing your dream machinima movie.

The Verdict
Surprisingly, The Movies does not feel outdated. Other than the graphics and simulation aspect, the movie maker impresses and the online community (at that time) rivals any online video game community of today. The advanced movie making capabilities alone makes this game worthwhile to anyone who wants to experiment in designing machinima.

Sure, Peter Molyneux could make all these Fable games. But, it will be so nice if we have an updated version of The Movies. Especially, if they improve the movie studio simulation and add create modes for objects and scenes. Suffice to say, one might just have to content with the video recording tools in some modern games.
#ShareonCommunityBlogs
Login to vote this up!