Here to rant and rave

[NVGR] If you give a girl a motorcycle.

4:04 PM on 07.15.2008 (server time)    0
At least a few people have wondered where I might have wandered off to in the last 4-5 months, and I've been encouraged to share a little taste of my other writing. Basically, aside from working nights, which eats up a good majority of my gaming time, I have indulged myself in the recreation of motorcycling, limiting my gaming funds. And now, my post in four parts, on Motorcycles.

Zen and the art of Motorcycle Shopping.

One morning - or afternoon whichever you prefer - around 1pm, I woke up and took a shower with the intention of checking out a place for a few bikes before work, enhancing my ability to make an informed decision about a motorcycle that fits me. I walk through the door, and before I'm even greeted, a slightly older, and relatively rude man points at a knee-high, pastel pink, child's dirt bike, and says: "This is the only bike that is right for you." At which point I proceeded to hit him in the face with a helmet and steal his wallet. Not really, but it sure did sound like a good idea at the time.

When, exactly, is that appropriate? Here I am, having strayed to an environment where I already feel somewhat unwanted and uncomfortable because of my gender and overall appearance, and this guy crosses that, line? I tried my best to brush it off, and get the attention of an employee to start asking questions – but within 30 seconds, out the door I went - without picking up the brochure, and with none of my questions answered.

I did, however, find the bike that fit me. It is a burgundy red Suzuki SV650 standard with a custom seat, windshield, and mirrors. Its name is Zed, and will carry me to safety when the zombies arrive.

After purchasing my equipment, I still had a week to wait for my bike - needless to say I was a bit anxious.

And now I'll hopefully leave you with a few amusing mental images of people.

The first one, was after a long line of bikers throwing me the two finger salute, as I was just figuring out what that was. An older biker was headed the opposite direction, topless and hosting the physique of Kieth Richards. As I passed this gentleman, he throws his left hand straight up, signaling "METAL" in the air while shouting "Thats what I'm talkin' 'bout!" at me. I think I laughed the rest of the way to Boulder.

The second was a middle-aged African-American business woman wearing a nice suit, in a very nice green sedan, who was stopped at an intersection I was about to pass. As I went past her, she threw both of her hands forward, and did an awesome dance in her car while shouting "Yea, GIRL!" at me, leaving me grinning for at least making that womans day.

Now imagine me, only taming motorcycles, and learning to fly using moth dust.
#Community
Login to vote this up!

A 27 year old student, Katrina enjoys her writing, yet acknowledges it could be better. She spends most of her time looking for something to write about. She misses the Destructoid crew, but admits her other writing obligations keep her quite occupied. She'll keep an eye on the Monthly Musings, since those are always worth her time.

For those who enjoy her writing, it's now archived under that hypertext. Catch her Twittering in the third person on a somewhat regular basis. 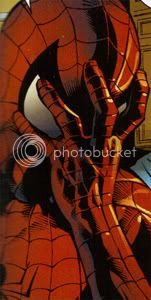 These are just some of my other geekdoms.