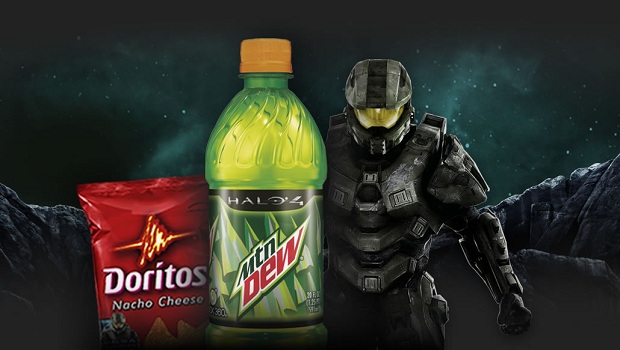 (I�m writing this in the style of a frontpage news article, because why not. Maybe it�ll get frontpaged that way or something)

It looks as if an ugly �feature� from Halo: Reach has managed to creep its way into Halo 4. The infamous �daily online XP limit�, a function that cuts off your ability to gain XP and rank up, appears to be a thing that still exists in Halo despite it being almost universally disliked when it was discovered in Reach.

Multitudes of Halo 4 gamers have complained about hitting the XP cap in (relatively) short amounts of time, and I can attest that I�ve smacked into this lovely thing a couple of times myself. Just by scanning the Halo 4 forums, and by doing some basic math, it seems that if you play a solid 5 or 6 hours of War Games exclusively you�ll slam into the XP cap. However, it seems that the fast-track towards hitting the XP cap is via the title's new Spartan Ops mode which can dish out large amounts of experience points and can be completed pretty quickly with a group of competent teammates.

On top of not gaining experience for playing multiplayer games, it seems as though the XP cap totally blocks you off from gaining any experience what so ever. Meaning that if you hit the daily XP cap and then complete one of your Spartan Commendations afterwards (for example: splatter x amount of people), the experience you�d get from does not go towards your next rank and that commendation�s XP is permanently lost.

I have a few issues with a stupid XP cap like this. Firstly, it punishes people who enjoy playing your game. Yes, to some it still seems like it takes a long time to hit a relatively lofty XP cap, but no two people are the same and I can personally attest that on a Sunday with nothing else to do it can be pretty easy to lose track of time. Secondly, there seems to be no justification for a thing like this considering there are no higher-level items that give you any substantial advantage. Thirdly, to me it seems pretty contradictory to have an arbitrary XP cap in place and then turn around and promote �Double XP� with your buddies over at Mountain Dew and Doritos, which is only going to speed up people�s chances of smacking into said arbitrary XP cap.

Halo 4 is still a great game and I�m having an absolute blast with it but effectively telling your player base to stop playing your game isn�t a smart thing to do, especially when Black Ops II is out there clamoring for all of your time.
Login to vote this up!