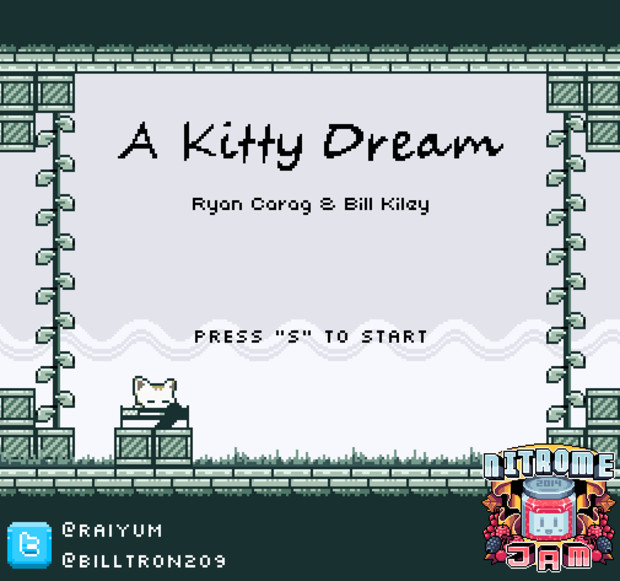 Out of all the games I've planned on reviewing, this one has probably been the longest one coming. It's been months since I've first played and loved this game. Every time it's time to shine came either something even shinier showed up or it's time was simply taken away. I can't believe it but I even went over it's OST in a VGMC before reviewing it. Well, now it's time for me to review this Kyntt Stories-esque 2D platformer, and hopefully after all the time it's had to wait I can do it justice.

A Kitty Dream is a 2D platformer akin to that of Kyntt Stories on the same terms that it's all about exploration. Run around with what skills and abilities you have until you gain more skills and abilities until you gain more skill and abilities until you finally get the point. There are two abilities you gain: double-jumping and dashing. While the former is non-explanatory, the later is pretty interesting, as it is used for almost everything once it's obtained. The dashing mechanic allows you to dash in any of the four general directions of up, down, left, and right. In conjunction with the double-jumping, this dashing mechanic can lead to some good moments requiring precision and skill in midair, reminding me of Cave Story's jetpack somewhat. 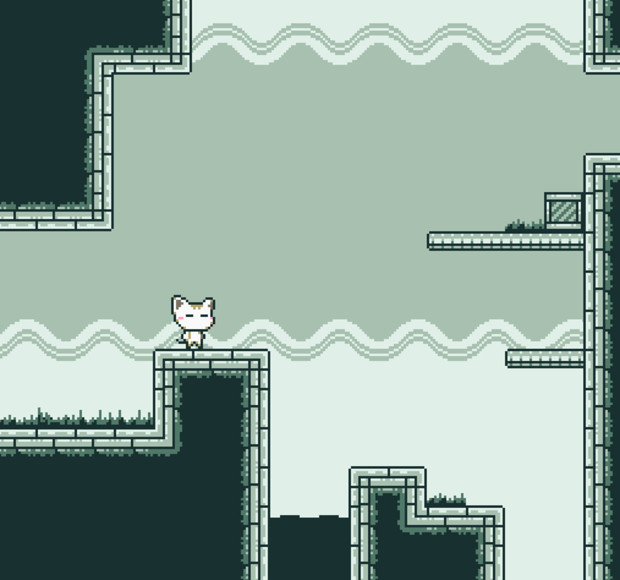 Because of this mechanic the level design is great, allowing segments of skill and even puzzles. Skill segments are usually segments filled with things like spikes, pools of mysteriously lethal liquid, and ninja stars moving back and forth at an odd pace. Everything is a one hit kill, but save points aren't too scarce to the point where it's a huge pain. There's some decent challenge to them, but overall this game isn't too difficult. Well, at least on the skill-based front.

There's one portion of the game where the dash mechanic is used to push around blocks into specific spots in order to open a door. Pushing blocks in the right order in the right direction off of each other and walls is a fun concept to toy with. Thankfully, A Kitty Dream's atmosphere at that point is calm, keeping you from getting too mad at this. The puzzles aren't too terribly hard, but they are quite a good challenge and can take a while of fumbling around with blocks until you figure it out. There aren't too many puzzles, so this part doesn't drag out too long, but really how long it takes depends on your puzzle solving skills. 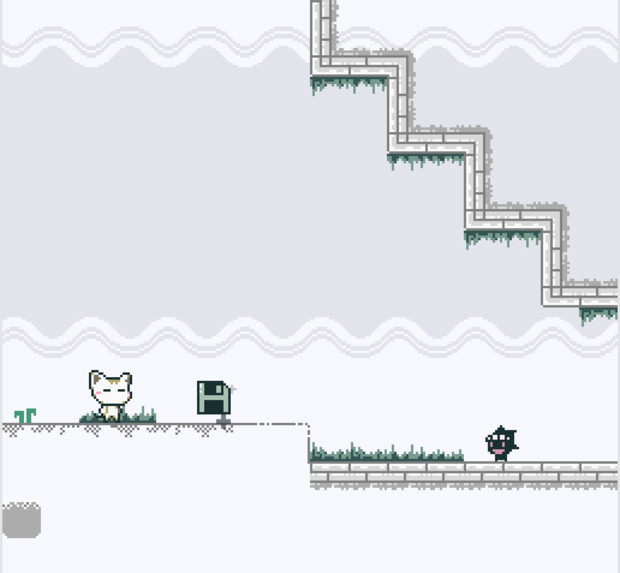 One thing about A Kitty Dream is it's open world feeling. You can backtrack to pretty much every corner of the game and it feels good to do so, simply for the sense of freedom. There are about three sort of worlds or areas: The green one, the white one, and the red one. Most of the game takes place in the green one (calm - skill based) but there are little trips made into the white world (calm - puzzle based) and red world (pepped up - skill based) to get somethings related to beating the game (little dot things that you collect simply to beat the game). In this world of a dream, it's interesting to have a whole world to freely walk around in, which is oddly emphasized with the come of having single-screen rooms instead of a camera.

Art is your standard pixel design, but what else would you expect from a game made in five days from a game jam. It's a clean style, with fluid animations and a solid amount of detail. Everything looks polished and somewhat cute. The player character is adorable, even in death (simply because he looks like he's asleep). The color palette is usually pretty monotone, heavily driving the atmosphere of wherever you are. It's a standard style, but it's one that this game wears well, feeling noting like retro-appeal. 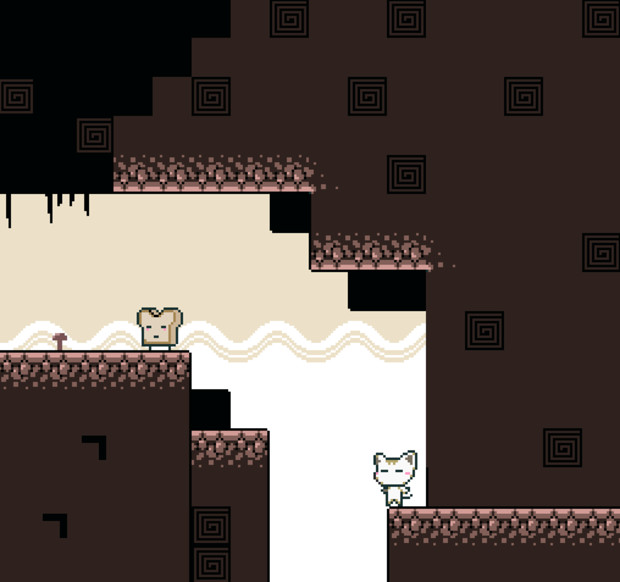 Toast dude is litterally just there for a pun.

Music is done by the magnificent Bill Kiley, so you know it's good. For the most part it's perfectly calm and serene and ambient, helping add to the atmosphere quite well. Well, for the most part anyways. The red world is pepped up and exciting in it's pace, simply because of the amazing song that plays in it. Like I said earlier, I did a whole VGMC on this game's OST (plus a few pieces from other games), so if you want you should go check that out.

All in all, A Kitty Dream is a standard exploratory 2D platformer, but a standard one done well. It's a fun play all the way through and just short enough to warrant a quick play through the next time around. It's dash mechanic becomes the backbone of gameplay, adding a lot of control to platforming. It's a nice little gem in the flash game library.