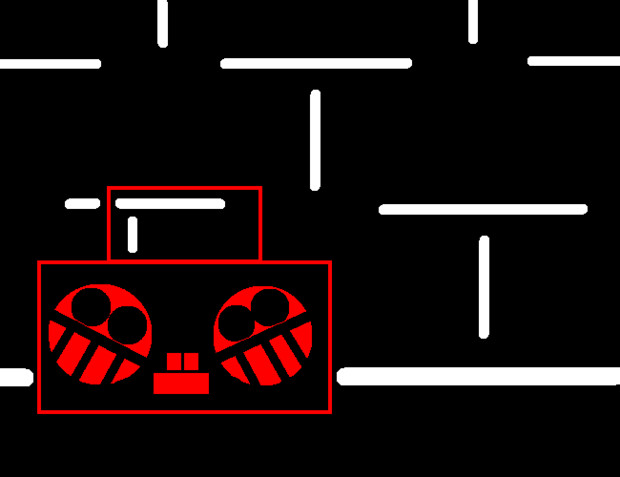 Real talk:  who doesn't like Smash Bros? Even if you somehow don't enjoy the combat or the huge collaboration of classic (or not so classic) and memorable (or not so memorable (or memorable in how unmemorable they are)) characters, if you're a fan of VGM you're always in for a treat. Because with each new Smash Bros game there are more characters from more game bringing more VGM to the table for a good ole remixing, and let me tell you that these remixes are the bomb-diggity. Seriously, these are a major factor as to why I still love Brawl so much to this day.

You can tell from the moment the rather odd "chicka" vocals are introduced that you're listening to something with a fast pace. Well it's not too terribly fast actually, but just fast enough for a boss fight. If you pay attention to all of the different layers, everything seems to go at it's own unique pace. Some layers, like the flute or "chicka" vocals, are fast in pace. Some, like the violins, are a bit slower for the most part. Others can be anywhere in between. It's a weird song but it's beautiful and works well to give off the atmosphere of the boss fight it portrays.

The beginning? Enchanting. The rest? Enchanting + metal. It's beautiful, really. The changes in pace, the melodies that blend into one another so easily, and even the choice instruments makes this whole piece sound somewhat magical. It's got a real sense of power that it portrays through the metal, and then a sense of serenity during the moments like the beginning. I've always found it ironic how the piece with the title "Mute City" is one of the most rocking songs I've heard. It's hard not to listen to how the metal gives way to the more beautiful parts (that somewhat remind more of some themes in Super Monkey Ball). It's just so hard.

Beep boop beep bop! Oh what a good beginning to a song from a game taking place in space. The fast pace is very noticeable, seeming to give off that "push yourself past your limits" vibe. It's memorable melodies and use of orchestral instruments as well as others work well to get you hyped. It just feels like you're on some sort of mission when you listen to it. You just HAVE to get stuff done when it's being played.  You have to. Get something done. Now.

Being one of the most revered songs in the existence of VGM, how the hell could you make this song better, or at least debatably so? Well if you quicken the pace, use a high quality orchestra, and just keep that some magic and charm of the original you might just have a chance! I say "might", but for me it is a definite yes. It's just so beautiful and now hyped up with a fast pace? Astoundingly well done. Masterful. I mean come one, with such great source material it's no wonder how this is one of the greatest remixes of all VGM history.

I just want to say up front that while I really don't think this fits Smash Bros, I love it a lot. It reached down into some part of my soul that had yet to be reached down in. Maybe it's the latin choir (or at least I'm sure it's latin), maybe it's the booming orchestra in the background, or maybe it's the changes in pace, but whatever it is I can't help but hold it dear. It's epic and adventurous, and with all of the latin words you can't help but think that this piece is telling some story. I know that when it truly come down to it this song is just a specific array of varying frequencies, but these frequencies get to me.

Well while that last one wasn't a remix I hope you get the point about the beauty of the Smash Bros OSTs. They are a goldmine of remixes and while I only went over some you can trust me when I say that there are plenty more where these came from. So really, go check them out!