Save State: An Assassin Takes Any Job (Fire Emblem: Path of Radiance) 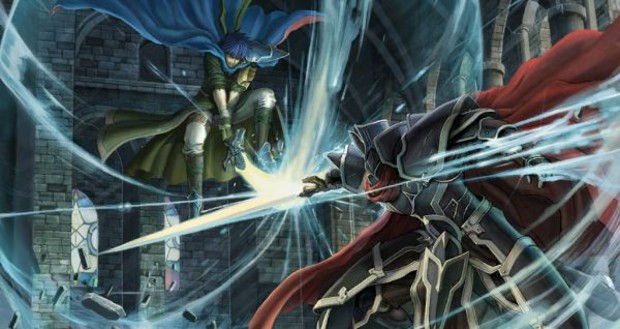 - Which goes about as well as you'd expect, by the way.

But I think the most interesting thing about this moment is Volke himself. He may be an assassin, and he deems himself very good at his job (rightly so, I might add), but there’s just no way he could ever beat Greil. Greil may have crippled himself to make it a bit easier, but he was still able to wield a giant axe with deadly efficiency. On top of that, someone gone completely berserk wouldn’t hold anything back. Volke would face a tireless madman waving a giant axe around, and with a reputation for knowing how to use it. There’s just no way he would ever stand a chance. He knows this.

And yet he takes the job anyway. Was it just for the gold? He never did explain what he needs all that gold for, but it does seem to be his one focus in life. It could be that he simply decided to take the gamble and hope for the best. Or was there maybe something more to it? Perhaps he felt for Greil, who had to live in the knowledge that he killed his own wife, not to mention many of his friends and comrades-in-arms. Perhaps Volke wanted to protect Ike and Mist against their father. Both were still very young at the time, and survived purely by the incredible luck that they weren’t around when Greil touched the Fire Emblem. Could they survive if it happened again? Who knows, maybe Volke himself had a wife once, or children; maybe he knows what it’s like to lose a loved one. Maybe he was unable to save his own family and wanted to save Greil's instead. Or perhaps his mind was more on the grand scheme of things. It could be that he wanted to shadow Greil to prevent the Fire Emblem from ever falling into the wrong hands. He might not be able to take on a berserk Greil, but he can sure stick a knife in some over-enthusiastic bandit’s back. That way, he could make sure that this powerful medallion stayed safe.

Finally, while he already doubted if he could ever kill Greil if something went wrong, he shows no fear of doing the same to Ike. In fact, he himself suggests that Ike make the contract. But Volke knows perfectly well that Ike has trained very hard with his father, that he has the potential to be as great a swordsman as Greil ever was…and no slashed tendons to hamper him. Surely, Volke must realize that he can kill Ike no more than he could kill Greil. So again I ask: just the gold? Maybe. However, in Path of Radiance’s sequel he pays Ike the 50,000 gold right back, seemingly for no good reason.

The greatest thing about this moment is that it makes you wonder. There is a lot of backstory behind this guy which is never really shared, and the game subtly tries to make you fill in the blanks for yourself. Who is Volke really, why did he ever become an assassin, and why would he ever take a job he had no way of carrying out, twice? All that for a character who, when you first meet him, seems like he cares nothing for anything but money. That is something we don't see too often in video games nowadays, and why Fire Emblem: Path of Radiance stands out in my mind.

One thing is for sure, whatever Volke’s real motives. Truly, an assassin takes on any job.
Login to vote this up! 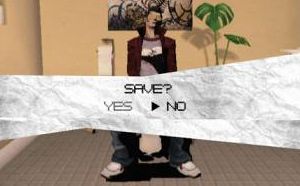