Shadow of the Colossus Had A Wonderful Strategy Guide

Sunday, October 18th, 2020, Fumito Ueda's Shadow of the Colossus turned 15 years old, having released to Japanese and American gamers (sorry, Brits, ya hadda wait!) back in 2005 on Sony's hotcake-sales-defying PlayStation 2.

There's little to be said about Shadow of the Colossus that hasn't already been articulated by more-intelligent, better-versed, and significantly less-annoying writers than myself. The gargantuan impact of the game simply cannot be understated. The idea of the "boss battle game" has trickled down to the indie scene, where the likes of Titan Souls and Furi tell their stories across minimal skirmishes with maximum assailants, trimming the fat of "busywork combat" in favor of pacing out encounters to actually mean something. Shadow of the Colossus, though not the first to do explore the philosophy, made minimalism hip; subtracting elements of a gaming experience, focusing on the truly exhilirating moments of a game, was made mainstream.

Of course, Colossus maintains the player's interest with an gorgeously miserable world, with a sense of loneliness that just kind of makes me sad to even think about it. It's a sad game! You know how it ends! The art direction, as well as masterful score by Kō Ōtani, conjure the quiet desolation of a fantasy world that doesn't ask to be explored the way you'd poke or prod at Skyrim or The Witcher 3's sweeping marshland. Instead, Team Ico renders a wonderfully empty world to serve as a backdrop to your encounters with the titular titans. You can collect lizard tails or goof around with good 'ol Agro, but really, Shadow of the Colossus is about you, your sword, and the beast at hand. Shadow of the Colossus is a perfectly crisp apple in that it is a singular entity, without extraneous accoutrement or distracting "content" to keep the player busy, as if a game needed to meet an MIT-extracted ratio of hours-to-dollars in delivering capital-E Entertainment. It's more than that. It's capital-A Art.

But you know what else was fun? Reading that Brady Games Strategy Guide and spoiling all the cool monsters I'd be able to slice open and whose inky-black viscera I'd be able to bathe in sickeningly while I stabbed the living heck out of them! Allow me to plea my case. 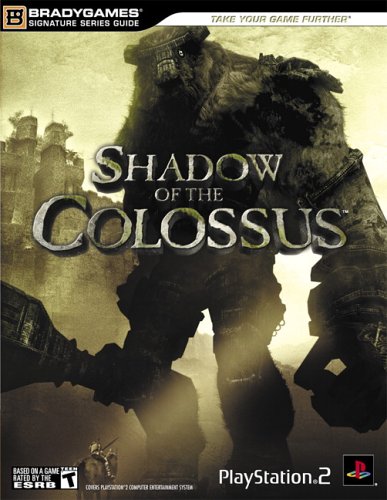 In 2005, we were becoming further entrenched in the Middle East, Hurricane Katrina was devastating the US coast; Episode III was amazing, King Kong was (and still is) awesome. We had a lot of good times at the movies, really, even though Robots was one of the biggest disappointments of my sub-decade of life at this time.

I was nine and I liked video games and I was exploring what Sony had to offer, after a few years of strictly GameBoy and GameCube. When a hot issue of Official PlayStation Magazine found its way into my hands, its demo disc (oh, those were sweet times) coded with a snippet of Colossus for my eager, chubby mitts to claw apart, I was stunned. Stunned! Truth be told, I forget whether I'd seen or heard of Ico previously (I think that would be a Christmas gift to be received later in 2005), but generally I was awestruck by a video game being able to look or feel the way Shadow of the Colossus looked and felt. 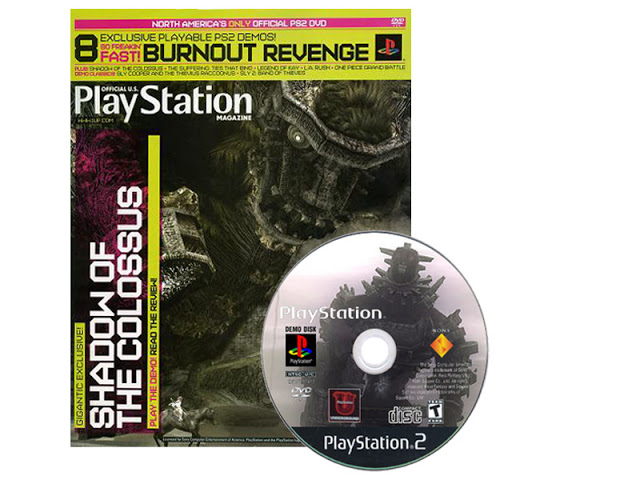 I remember the game incredibly fondly, later while I had the full version, as one of the few my mother noted as being "beautiful." I'd be up early before school, riding away in its vast nothingness while she, bless her, would be scrambling about to get my rear in gear for the day, catching a glance of Colossus' vast, painterly beauty and taking genuine pause to appreciate that her son's little hobby might be more than just rotting my eyeballs.

Anyway, dial it back, I loved the heck out of that Shadow of the Colossus demo. But, 15 years ago, October 18th, 2005, I wasn't riding home from GameStop (which, at this point, might have still been an EB Games?) with a PS2 disc in hand. No, I was flipping though a guide book.

I grew up (and continue to grow) in a home of comfort, I'm grateful to say, but we weren't shelling money like it was tissue paper. I saved my allowances, bought my games, and I guess the piggybank just didn't have the copper guts handy to fund my expedition into Ueda's dreamy elegy. Womp-womp. Better wait. But I needed this game in my veins. Before I learned the virtue of patience and "setting the mood" for an experience (for reference, I went on a blackout for Death Stranding last year, until I had the opportunity to play Hideo Kojima's latest masterpiece for myself; this year, before we were struck with a pandemic to shutter theaters, I was prepared to dash from my seat in the event of a trailer for Denis Villeneuve's Dune adaptation popping up before my selected film) I was just a kid who wanted something. So, if I couldn't have Shadow of the Colossus, maybe I could have a book about it? Why not? 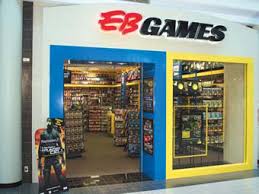 (I'd like to think the poor quality of the above image enhances the effect.)

I distinctly remember, walking to the counter at (EB Games?) with the Brady Games manual in-hand, I believe some days after Colossus released (probably the first Saturday following launch, my dad taking me and my monkey of a younger brother out for Burger King lunch and video game-scouting). Handing the floppy tome over to the clerk, he expressed some enthusiasm in what was already being touted as a Good Video Game. "Ah good choice. I'm already on the seventh one," he jovially invited me, a fumbling, tubby little Fourth Grader, into the sport of talking-with-game shop-employees. "You stuck or just looking for extras?" Nothing. My dad spoke up, "We don't have it yet." Nodding, clerk unknowingly seared me with hot blades of envy: "Oh we actually have a few copies from unclaimed pre-orders (remember when you actually sort of had to do that for some games?), did you want one?"

I must say, maybe it was just the Burger King crown that I snatched from lunch, my mood improved from sulky, spoiled brat to captivated nerd almost instantly during the carride home. I mean, in that moment, even if I did acquire an actual copy of Shadow of the Colossus, what would I have done? Taken the disc out? Heavens, no! I had an effin' book! You don't need to plug in a book, ya dingus! 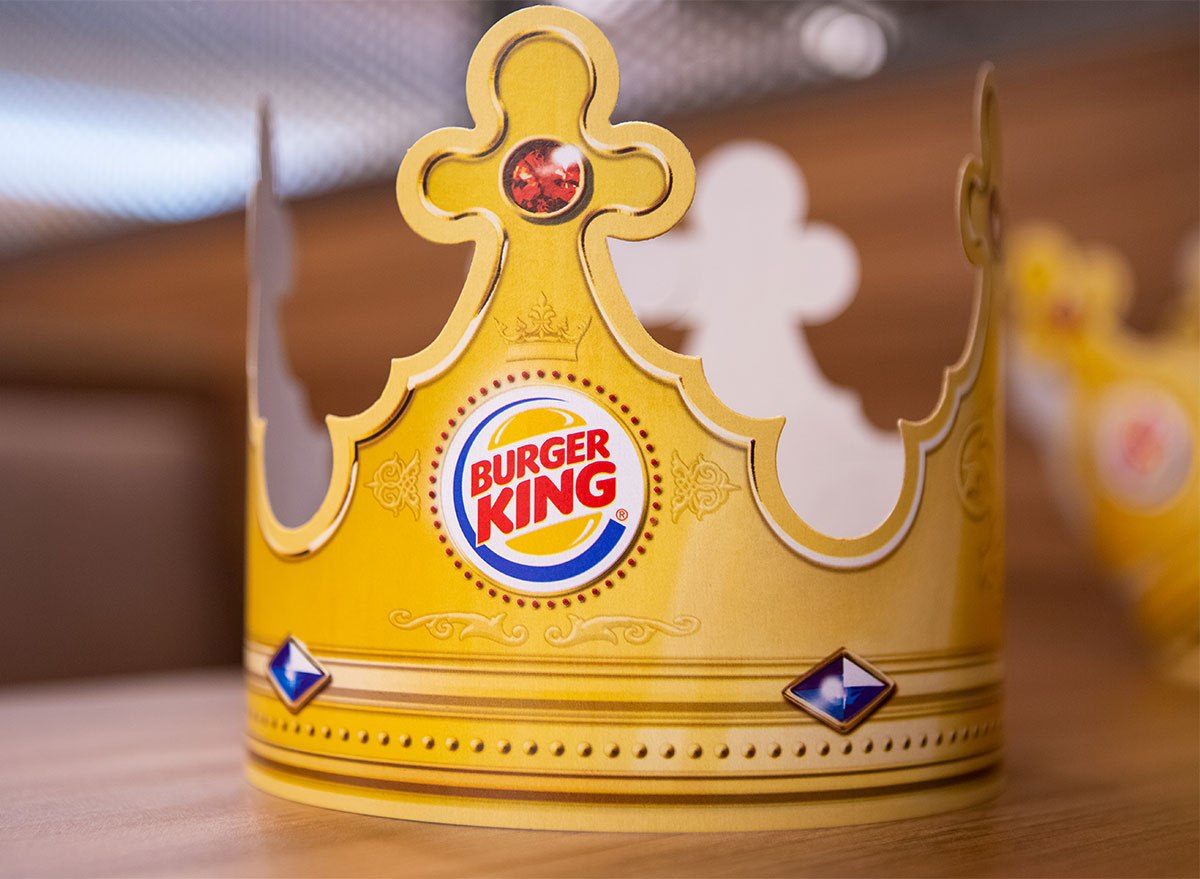 Immediately I, of course, flipped through the entire thing, spoiling every colossi, poring over the cool pictures and not savoring a moment. This went on for the rest of the day, and subsequent days, the edges of the Brady Games book becoming frayed but, my germaphobic and meticulous tendencies already well underway by age nine, only in ways that would betray very careful, very affectionate perusal.

My point, if there were really any, is that video games were even then about more than just the gaming aspect. I say the same thing about filmgoing, a driving and, for better or worse, defining aspect of my being. Often times, I don't really want to watch a movie; I'm fidgety. I want to be constantly doing things, my attention-span often shot. Movies, for me, are about the movie community, the idea of cinema, rather than the thing itself. The best part of Christmas is, usually, Christmas Eve and Christmas morning, circa-Gift Opening Hour. It's the anticipation.

The Shadow of the Colossus Strategy Guide's 15th birthday gives me reason to pause and reflect a bit on my current trends, both in life and gaming (which encapsulates the other?). I'm letting go of my physical game collection, growing out of my material possessions in a rage against plastic that would make Marie Kondo blush. There are, however, things I still cherish. The collectible coin that came with Super Mario Galaxy when purchased at Toys 'R Us, or my old (recently acquired) copy of the EarthBound Player's Guide. Rather than a shelf of cases and discs, I'd rather have a modest gallery of meaningful junk, its value inherent to me, regardless of what a collector on eBay might throw down for it.

In flipping through my Shadow Strategy Guide, I sink into more memories of my time back then, both with the game and without, than holding the case and disc might evoke. In a way I suppose this little nostalgia trip and belated birthday wish is a means of me reaffirming my (contempt?) for hoarding; collect memories, not games. This, of course, comes down to the individual, but I think it's a healthy attitude to at least consider. There are reasons to dismiss digital collections, one's ownership of the game a totally ethereal thing, compared to a hard copy, scratched-up disc in-hand. But for me, I'm mostly just happy to live with the memory of Shadow of the Colossus. 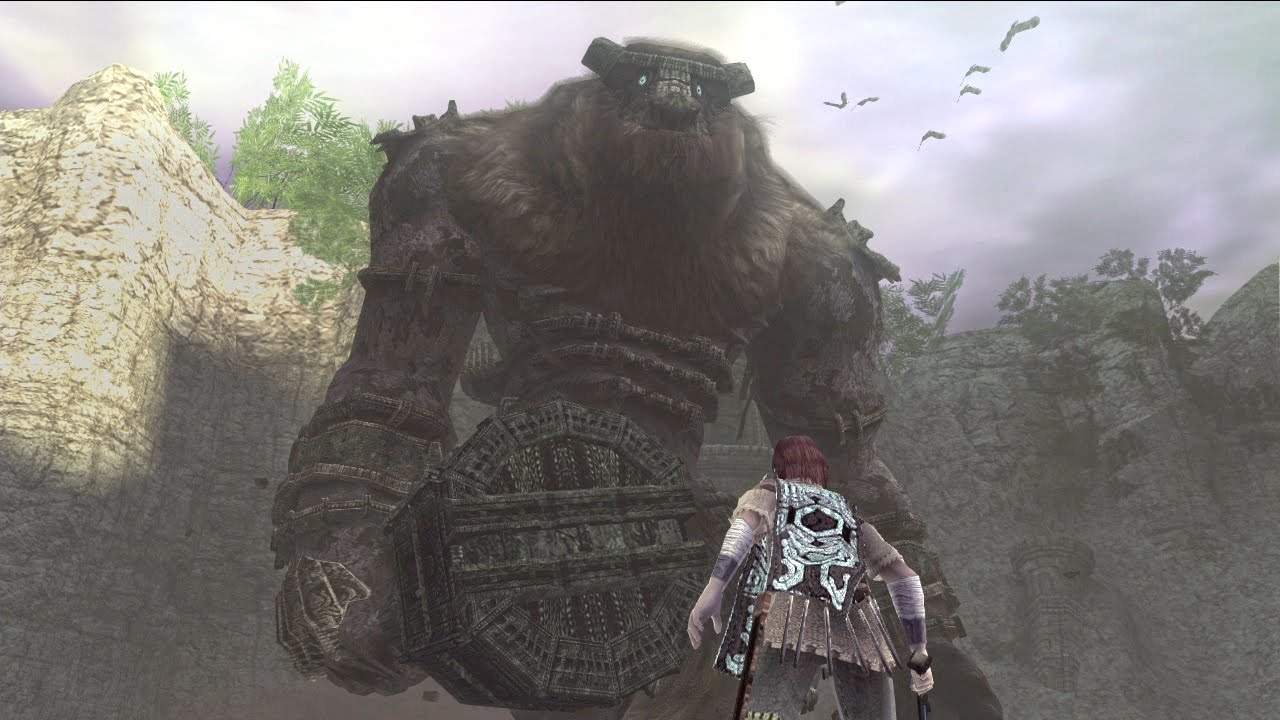 Indulging in a bit of faux-poetics, the way in which I treat my collection of things comes down to an idea not dissimilar to the philosophy Ueda and his team must have considered in crafting the beautifully baron world of Shadow of the Colossus. As the vast hills of desert and pouring god rays stretch as far as the PlayStation 2's CPU could muster, their role as a stage for the real enjoyment of Colossus' battles cannot be downplayed. In that way, my own items, my Brady Games book and that OPM demo disc that sits in a camouflaged CD-case in storage are the triggers of my own fond memories and time with Shadow of the Colossus, a game that became something incredibly important to me all those years ago. To revisit Shadow for its birthday would be nice, but I don't need to murder that poor first colossus any more. Because I've done it already. And in 15 more years, I'll probably feel just as guilty.