Remedy is a good company. Lots of very talented, hardworking people, who have made it much farther than I ever will, dedicated portions of their lives to bring us Alan Wake. While it may not be perfect, that title demonstrated that the company was capable of weaving narrative and gameplay by developing an interesting set of characters and plot devices, as well as a handful of decent gameplay mechanics. Though it may have been repetitive, it was by no means a bad game.

I can't say that for their latest project, released earlier this year, entitled Quantum Break. And look, if you're a fan, I'm not saying you can't have a different opinion and experience. But don't knock me too hard for the Uncharted line, because it's true: this game wishes to death it was made by Naughy Dog. 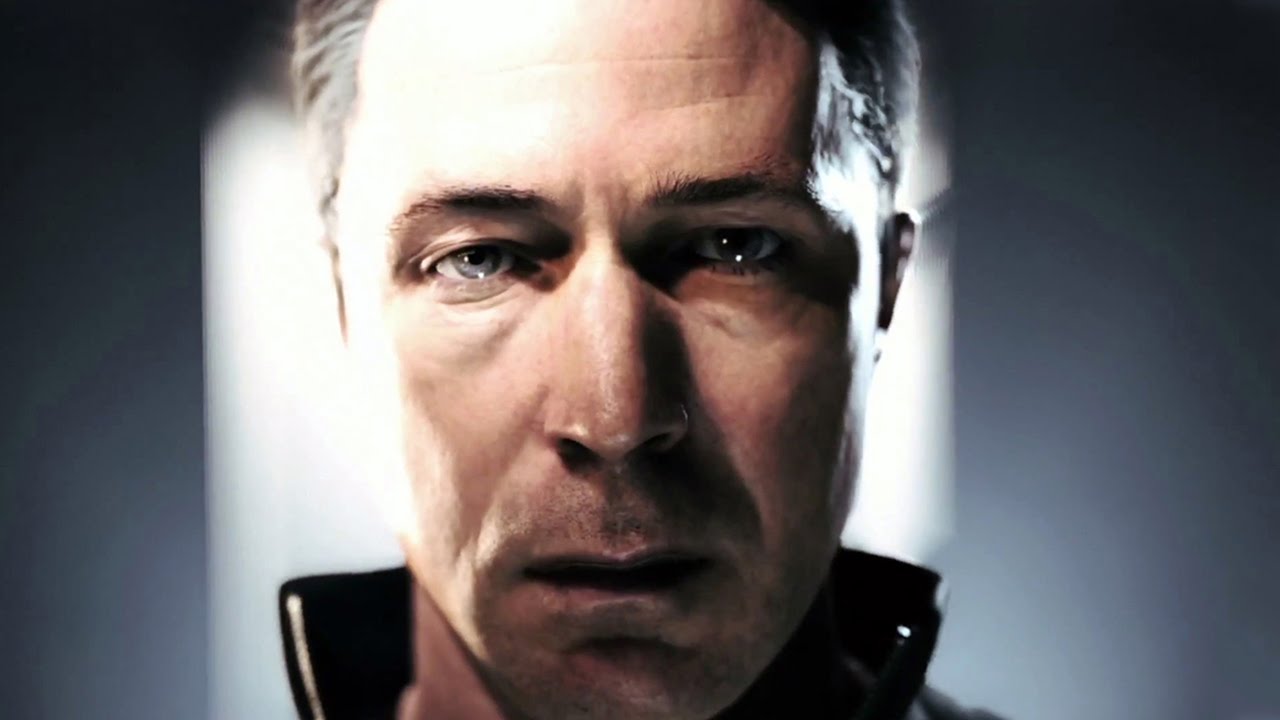 Let's break it down then. What is this game? Well, it's a narrative driven, third-person shooter, with pretty graphics and a cast made up of (A list?) television stars. Namely Shawn Ashmore from Fringe and Aiden Gillen, of course now very famous for Game of Thrones. These men are very competent actors, with a repotoire of solid films and shows in their wake (get it?) But unfortunately for them, and the programming team behind the game, their original source material is stale, unoriginal, time travel nonsense that starts in square one and ends not much farther away.

Well, you might say, is that so bad? The Last of Us is just some zombie apocalypse story, and that works! It doesn't need a unique idea to be good, just good characters! And you'd be right. But to hold that opinion, you'd have to have never played for more than a couple of hours. The main character is named Jack Joyce, and is guilty of being yet another cookie-cutter super soldier with an unnatural skill for weaponry let loose to end the terror of the villain, in this case Paul Serene, played by Gillen. Sounds familiar, right? 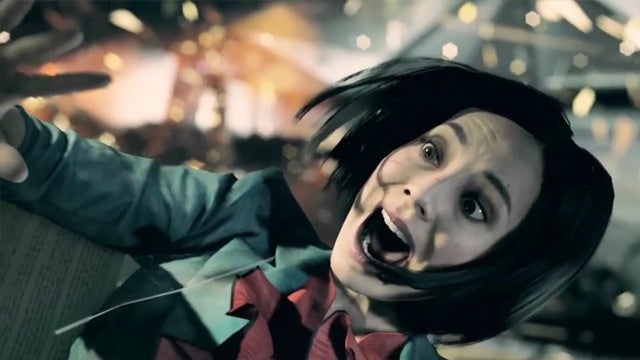 What begins as an interesting, Lost-esque time traveling story, complete with a time-loop, a paradox, an unstable scientist, and family drama, flattens out into a boring revenge tale, of Jack leaping through time to avenge the death of his brother, William, played by Dominic Monaghan. It also features a multinational, evil corporation that makes...something...(I wish I could spoil it for you, but honestly, I just forget, and that speaks for itself) as well as a half-baked love interest. There isn't much else to say about the story, because it's a paint-by-numbers, high school English class quality script forcibly acted out through people who far outclass their material. But that isn't what I hate.

What I cannot, absolutely cannot even stand for one minute, are the live-action, 20+ minute long "episodes" that fill in the story between gameplay segments. Let that sink in for one minute. In the game, that I bought, or you may buy, you have to stop playing in order to watch what looks like a rejected pilot for a FOX show that never saw the light of day. Like the cringiest parts of forgotten one-off shows like Alcatraz (remember that one, with that guy who was Hurley in Lost?). I hate them. And here's why:

The main characters are hardly in these live-action segments at all. Is it a wonder why? I mean, Aiden Gillen isn't as big right now as Shawn Ashmore, and perhaps that explains Ashmore's lacking appearances. Whenever Gillen's character isn't ranting around, trying not to look like Little Finger, the plot focuses on two other operative characters who go rogue within Serene's organization because...are you bored yet? No one cares. One of them, who the show focuses on, isn't even in the actual game!

Their acting is mediocre, at best, and all the while as your controller turns off to save battery because you haven't touched it in 15 minutes, you'll sit there and wonder, "is this really the future of cinematic gaming?" Let's all hope and pray that it won't be. The download size alone should be enough of a deterent for future companies to consider a live-action option.

But they have good production value! They have lots of sets, other actors (who look like they kind of care), and car chases! People worked hard on these, and what is there to show for it? Other than a plot that makes less sense than the budget to make the live scenes in the first place? And maybe, maybe if the gameplay here was worthwhile, we could all look past these grievences. I mean, maybe you didn't like Uncharted 4's plot and cutscenes, visually stunning as they were. And to those people, I can't argue with you, that's a subjective decesion. But as something to play, as a world to move around in and explore, Quantum Break offers less than Max Payne did over a decade ago.

That might sound harsh, or not, considering the now classic PS2 game was acclaimed in its day. But after all these years, Remedy has seemingly taken fewer steps forward than other evolving studios, at least with this game. I'll start with combat, the main focus of this game. When you load this game up for the first time, and you shoot your first enemy, you'll quickly realize that an auto-aim feature is turned on. It makes gunning down foes so easy it feels like cheating, almost like the game is saying, "yeah yeah get past this boring part so you can watch our TV show." 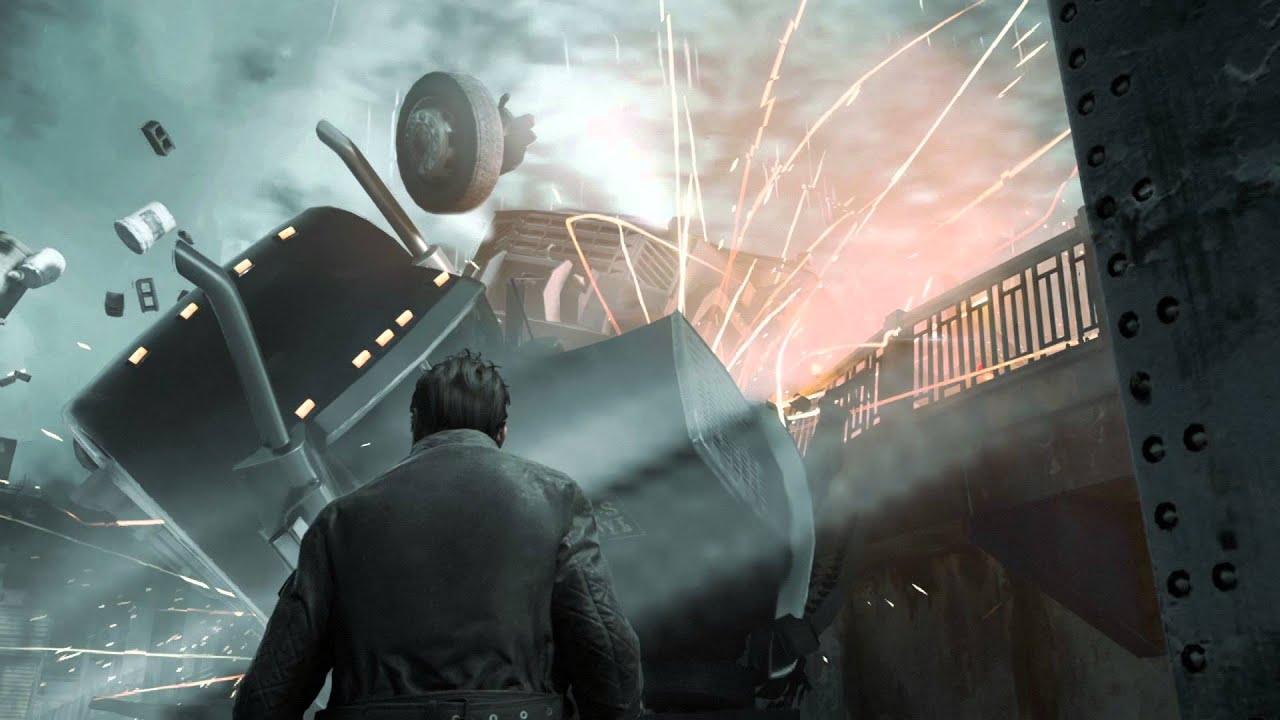 I recommend turning it off right away, so there's at least something to challenge you in this game. There are three enemy types in the entire, 10+ hour campaign, (which is actually way longer, if you sit through the show segments), and they consist of: regular guy with a gun, heavy guy with a gun you need to shoot for twice as long, and zippy-regular guy with a time traveling backpack and a gun. That's it.

Jack, due to a terrible accident at the beginning of his journey, is blessed with the ability to control time to certain extent, which grants the player a handful of abilites that start out as novelty, and eventually devolve into uselessness or irrelevance. For example, you can "freeze" enemies for a few moments in a time bubble. Unload a clip into them, and when time catches back up, a few dozen bullets shreds them to pieces in a single instant. Pretty cool, right? It is. But not when it's your only entertaining means of combating the enemy throughout the whole game. You can only sprint through time, making you the Flash for seconds, as well as generate a shield to prevent enemies from touching you.

This would all be fine, if it somehow modified the otherwise vanilla gameplay into something unique or challenging. The trouble here is, that's not what happens. Unlike in Uncharted 4, where movement and gunplay intertwine seemlessly, and often times to create intense sequences, Jack moves around like the Tin Man without his oil cannister. He feels unnaturally heavy and sluggish, which really gets in the way when simple platforming sections come into play. For the most part, there aren't a whole lot of them, but having to coordinate Jack's weird jumping combined with his time free/unfreeze abilites is just frustrating, or at the very best, boring. If anything, Quantum Break exceeds in creating potentially interesting environments and situations, and filling them to the brim with whatever they could find on the development room floor.

I could go on. I could tell you about how, the longer I played, the more I was tempted to skip the live-action scenes. Or how I stopped looking for collectibles because they yielded nothing of added interest, like the fake Twilight Zone episodes from Alan Wake. Or maybe, how literally every chapter of this game plays exactly the same, in an endless cycle of murdering faceless soldiers to reach the ultimate goal of punching the baddie in the face, and saving the world. Or whatever.

Do yourselves a favor, and avoid Quantum Break for the monotonous, money-sucking vampire that it is. Grab an old copy of any Uncharted and spare what little sanity you have left. If you're stuck on Xbox One, don't fear; I hear that Alan Wake is backwards compatible! (Maybe, I don't know).