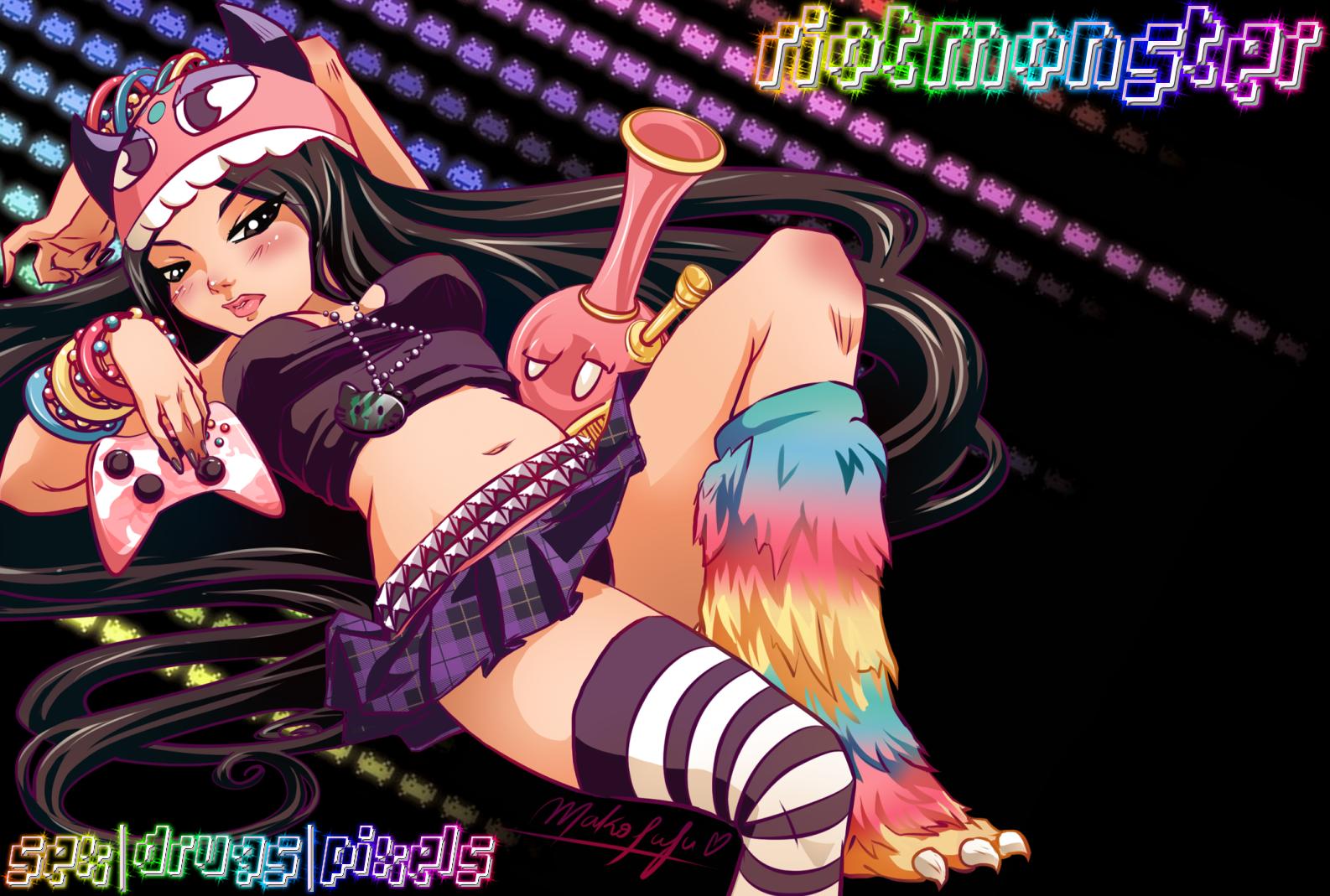 I'd toggle THEIR joysticks: Seven of the Hottest Video Game Characters to Grace my Screen

5:56 PM on 03.07.2009 (server time)    0
So, I was sitting at my desk, daydreaming about which X-Men power I wanted (while my coworkers were building the world in their image, ya know, being successful and what not) when it came to me how unbelievably hot Wolverine is. Not just the Hugh Jackman Wolverine but the comic book version as well. It might just be his personality but there's something unusually hot about him.

Slightly aroused and giddy, I started thinking about all sorts of fictional characters and attractive piles of polygons that I'd totally bang. I then started to think about the numerous blogs and blogs AND BLOGS about Lara Croft, Cammy, Felicia, Morrigan, Chun-Li, Samus Aran, Princess Peach and all of the hot video game Femme Fatales and Damsels in Distress. Well, that's been all fine and good but where's all the Man Candy?

I feel like It's time for all of the fangirls, female gamers and perverted chicks to get their fill of grizzly, huge-muscled, strong-jawed men of our very own video games. I have a lot in mind but for right now, I'll just name a few to make a few females squeal in fangirl delight. Girls, grab a towel, without further ado, here's "Seven of the Hottest Video Game Characters to Grace my Screen."

7. Kratos [God of War series]
Complete with a bald head, a stern look that says "Oh you'll GET on that bed and LIKE IT" and abs that go on and on and on, Kratos is definitely one Spartan that I'd like to lure into bed. Of course the chains and blades that are cursed to remain on his arms might be a hassle in bed, but I'd take a few cuts and hospital trips for him. We've seen how well he can please more than one female at a time. If that doesn't show he's do-able, I don't know what does.

6. Captain Falcon [F-Zero series]
Many will argue that his clothes cover up too much but I love that skin tight suit he sports. Not only do they enhance his rippling abs but they show off his big bulging... uh, calf muscles. I just hope he's not as fast in bed as he is on the race track. He's hands down the manliest man to come from Nintendo, if he gets you pregnant - there's the trusty ol' Falcon Punch, also, he beat God in a race. Now, that's a man.

5. Pheonix Wright [Ace Attorney series]
To be honest with you, I don't know exactly what Pheonix's appeal is. It might just be how intelligent he is or how powerful and sweaty he looks after screaming "OBJECTION!!" I just had to have him on the list though, because he has crossed my mind many-a-time on cold, lonely nights.

4. Heishiro Mitsurugi [Soul Calibur series]
Ahhhh Mitsurugi. He's a veteran warrior with unrivaled looks. I feel like if this were a real guy, I'd totally date him even if he was a complete asshole just because he's so easy to look at. That long flowing black hair, bad ass smirk and pecs that would intimidate boulders, Mitsurugi is one attractive man. Also, he's one of the few that can pull off wearing sandals. 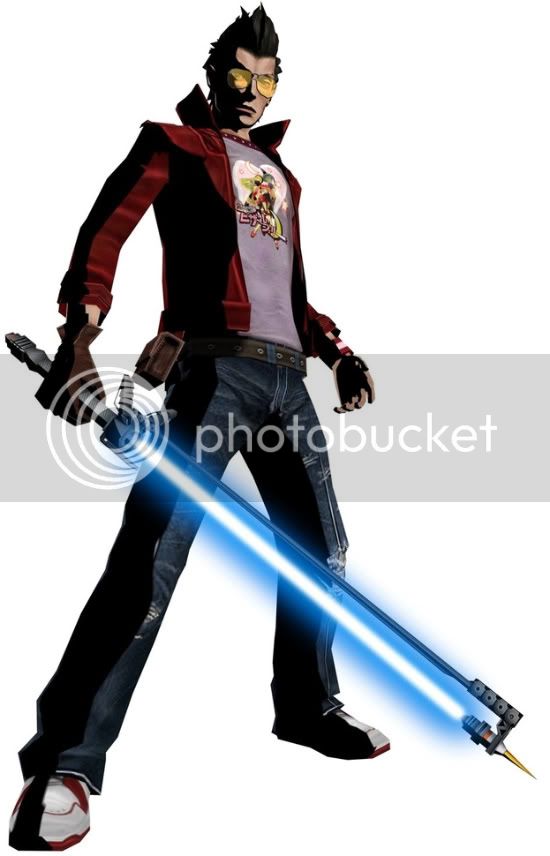 3. Travis Touchdown [No More Heroes]
Travis is a different kind of hot. He doesn't have long flowing hair and outrageously big muscles like the other guys. He's just cool as hell and I'd want to hang out with him, after a nice romp. He's a crude and immature stereotypical otaku that loves professional wrestling and collects anime figures and he's got that douchebag fraternity boy look that you hate until he's inside you.

2. Marcus Fenix [Gears of War series]
Marcus probably has the hottest voice out of all the men on this list. (Yes, I know John Di Maggio voices him but I don't care) Watching him lug around all of that heavy armor and all of that heavy artillery shows just how strong he is. Not only is he amazingly sexy but he knows how to take charge. Breaking out of prison... Ordering his squad around... There's something about a man in authority that is a major turn-on. Some guys can't quite pull off a soul patch but Seargent Fenix definitely can and I hope he never shaves that sucker off. Plus, what girl doesn't enjoy that ticklish feeling? I know I do.

1. Chris Redfield [Resident Evil series]
Last but definitely not least, is Chris Redfield. I can't even say his name without drooling just a bit. The way he carries himself says enough but just look at that face and those enormous arms!! As a member of the STARS Alpha team, Chris alone, is enough to give me the tingles late at night as I try to fall asleep. I can't put into words how badly I'd rock his world and how unbelievably hot he is. I tried but I just can't do it. All I have to say is the world needs more hot Chris Redfield cosplayers. Deliver pleeeeease.

Edit: Lol, I feel like a few of you Dtoiders want to jump Solid Snake's bones more than I do. I promise you I made a huge list but I just put it in my top toppppp favorites. Don't get me wrong, I'd toggle Snake's joystick any day but he just wasn't Top Seven material to me =[ Blasphemy? Maybe.
#Community
Login to vote this up!

In case you don't know a lick about me, I joined Destructoid quite a few sunsets ago in the early Spring of 2008, when someone from the Internet kindly informed me that Destructoid would "eat your unborn babies". Having an insatiable taste for mucus-covered, unborn babies, I knew what I had to do. Plus, people were like "WHAT THE @#$% YOU TALKING BOUT MAN?!1! WE GOT XBOX AND PLAYSTATION BITCH NIGGAH!!1!" Naturally, I was in. Since then I lurke your forums, read your c-blawgs, listen to your podcasts and lul silently. Also, cocks.

Like most people, I have a wide range of interests. I adore anything from goofy people, offensive jokes, zombie flicks, stand-up comedians, and mind-altering experiences, to comic books, sexual positivity, philosophy, mysteries, and general bizarreness. 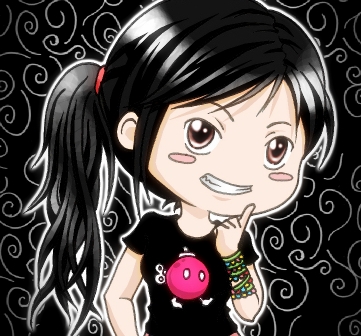 Also, I'm a die-hard gamer and I have an animated eagerness for spilling pixelated blood and a never-ending appetite for slaughtering moving polygons. I like to think of myself as a fairly laid-back broad. I was born with a sarcastic mindset, dark sense of humor, and an uttermost weakness for impassioned babble sessions about any video game (8-bit to 1080p) to date. I may be unorganized, immature, and irresponsible but I’m the funnest chick you’ll have the chance to get teamed up with on xbox live.

You might spot me at any ol’ party with my signature tangled hair, ripped Hello Kitty pajama pants, and a battle-worn shirt. The girl who's most likely flapping her tongue, detailing the last minute curb stomp in her freshest match, growling about big corporations and government conspiracies, exploring the concept of eccentric theories or geeking out about some other irrelevant crap. The girl who strives to learn something new every day and genuinely enjoys turning strangers into friends.

That pathetic excuse for the girl next door, is me. If I’m not your cup of tea, you can not imagine the immensity of the fuck I do not give.


Last bit!~
Honestly, if you ever happen to have a hankering to just chill, blast some good jams & relish in lighthearted, videogame-related, blood-spraying with me... Hit me up. Shoot me a message if you want to talk about anything at all really, I'm a bit of an open book and not a bad listener, if I do say so myself. And hey~ If you let me, I’ll cheerfully put a couple of spiffy dreadlocks in your hair.

It's Always Sunny in Philadelphia

Destructoids's Comic Artist Mikey, because of my severe addiction to the Dtoid forums, he made me an Easter Egg once. :) 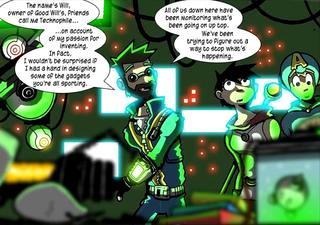 Phallus Knife Fight drew this and it's fuckin EXCELLENT.

Epic-bearded Samurai Y0j1mb0 made me this because we're going to get hammered one of these days.