USE cat hair WITH maple syrup

I’m not an old man as I joke about 'round here but have been gaming since the Atari days. My first console was a 2600 and then whatever Nintendo put out from there on forth with a peppering of a Sega, XBox, or PC here and there. Basically, what I'm trying to say, I've been gaming for a long time and consider myself pretty knowledgeable of the art form. I've seen trends come and go and I've watched C-beams glitter in the dark near the Tannhäuser Gate.

The other day I made a comment on a Qpost that was inquiring about a review of a game called Strangeland, the newest release from the always incredible Wadjet Eye publishing/developing team famed for putting out the best modern point and click adventures you can buy. I had said Dtoid will probably never review the game because it's too niche (of which I'd like to take back my slight against Dtoid as y'all do often review very niche games). This got me thinking.

In my storied knowledge of the history of video games, I vividly remember when point and click adventures were the absolute top of the art form. Sierra and LucasArts were dropping mega hits and pushing boundaries of the medium. People just couldn't get enough obtuse puzzles and silly stories. It was wonderful. And then one day, it all just vanished.

Then, thank Deer God, the indie scene blew up and point and clicks started making a 'comeback'. And then, one day, Tim Schafer, the most loved man in the point and click scene decided to run a Kickstarter to make a modern point and click and it went on to become the highest grossing campaign of the time! People still do love the genre. But with all this desire for more point and clicks, why hasn't a developer tried making another big budget one? But that's a musing for another time; I just don't have the mental bandwidth to ponder and answer that now.

Basically, I just wanted to shout out a few of my favorite point and clicks from the past to today and give you all a chance to do the same. Let's celebrate a genre that was at the top of the world.
Here's some point and clicks I like: 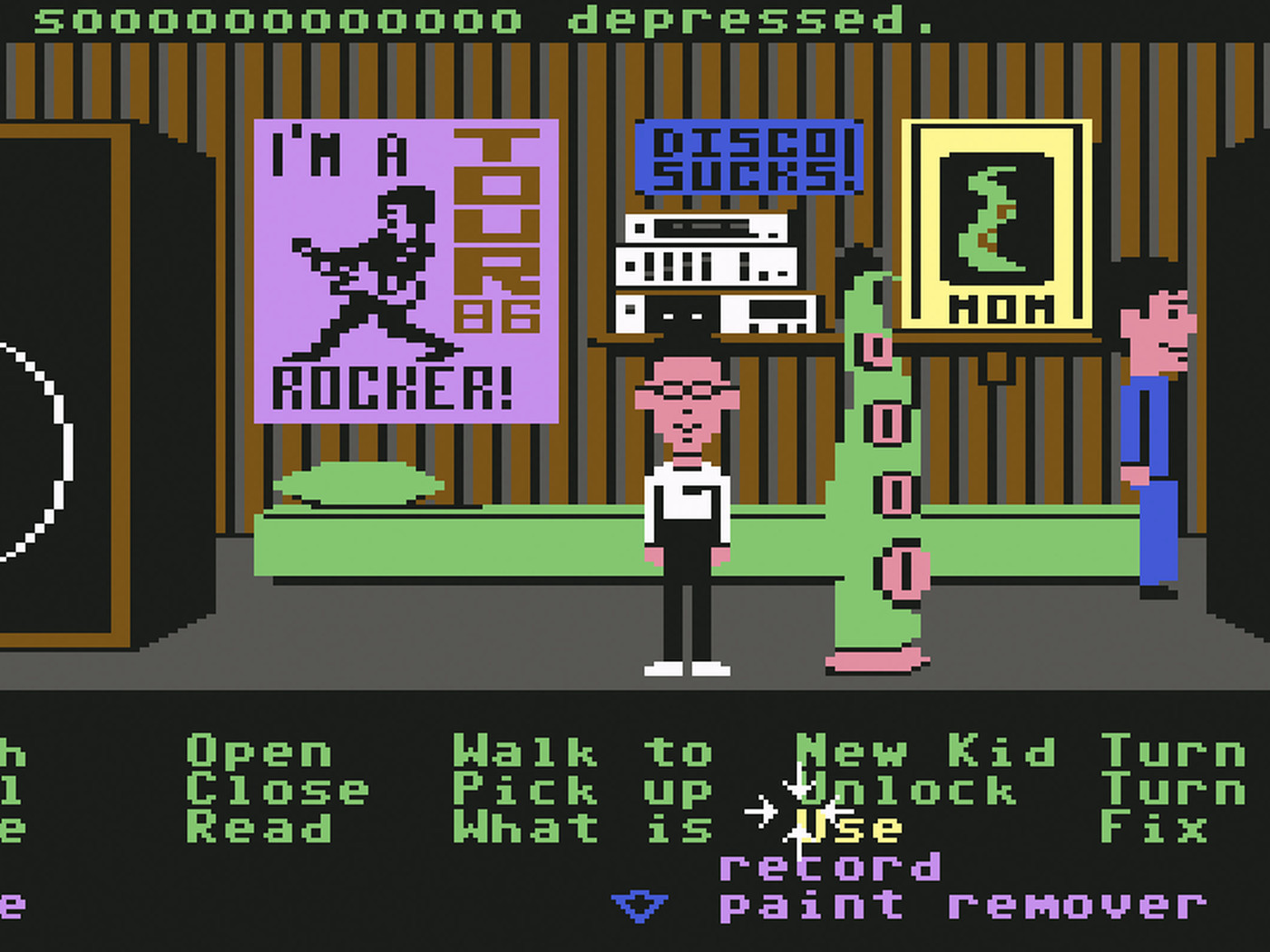 Funny enough, my first point and click wasn't played on a PC but on an NES. At the time, a game like this was mind-blowing. Multiple characters with different skill sets which effected how the story would unfold. I don't think Maniac Mansion gets enough love for just how ground-breaking it really was. We take a lot of the things it popularized for granted these days. It also laid the groundwork for SCUMM, the system of point and clicks that is still used today! But please don't PUT the HAMPSTER in the MICROWAVE you horrible, horrible person!!!
It holds up well enough but could use a big remaster like they did with the other popular LucasArts games.

A five game long series chronicling the shenanigans of an investigative NY journalist and her ghost buddy. With fun puzzles, delightful pixel art, and amazing writing and stories these games solidified Dave Gilbert and Wadjet Eye as a force to be rekoned with in the indie scene. If you miss the good ol' days of point and clicks or just want great mysteries to solve, I can't recommend these games enough! Definitely my all-time favorite point and clicks!

Have you ever just wanted to dress up like John Wayne Gacy and skip around town hugging everything you encounter? Then Devolver Digital joint is for you! For all the weirdness and typical Devolver fucked up-ness, Dropsy is one of the most wholesome, feel good games you can play. And if you don't like point and clicks because there's too much talking and reading, there isn't any of that in Dropsy which gives it yet another unique edge.

I could keep going on and on but I need to get back to work, so I'll stop with these three shout-outs. But, as I said before, I'm curious in some point and clicks you loved! Drop some comments :)