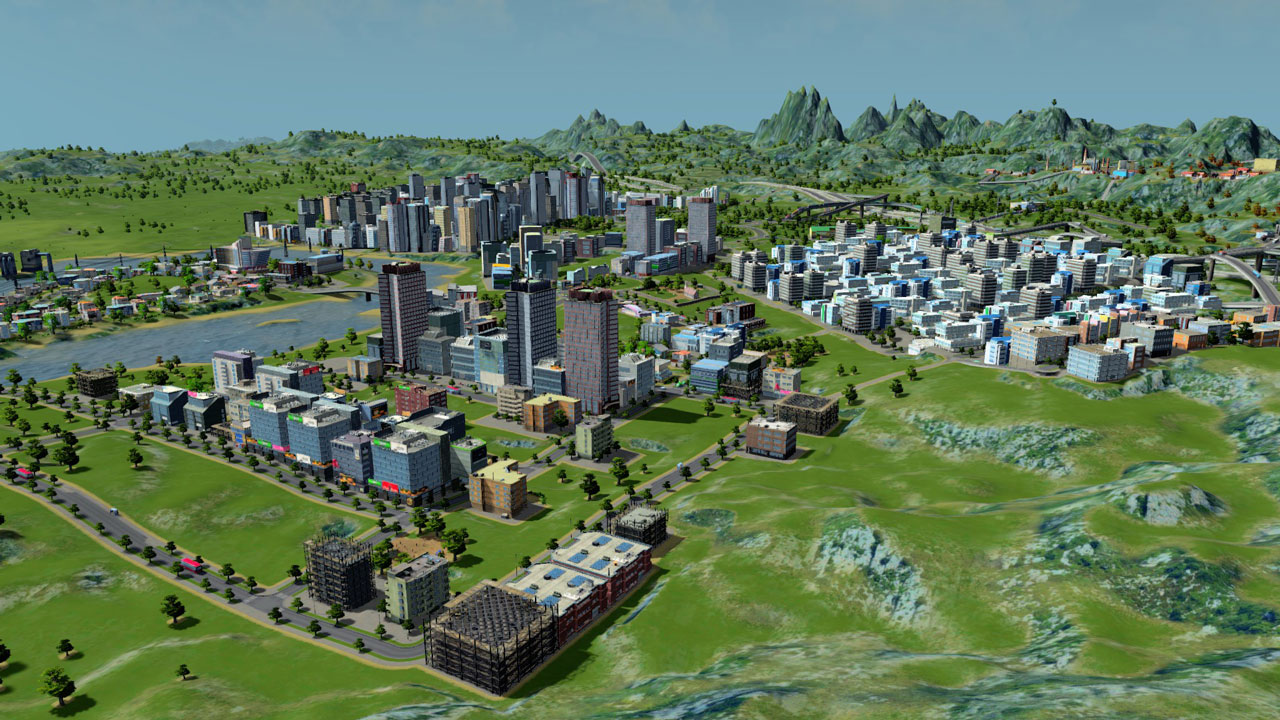 While this is was #5 on my list it is probably my favorite city builder ever created. I might as well say it is. I can’t think of any other game that allows me to be the mayor of a city this vast, with persistent people, and just a general feeling of wonder in the machinations of man. Even before you start modding this game it is the strongest city builder I’ve ever played. As EA slowly dissolved any quality remaining in Maxis I began to scratch at every possible alternative that came about. Each time hoping for some depth but finding my nails finding the base just beneath a thin coat of paint. It wasn’t until EA released the last SimCity that my heart was truly broken. It felt like the last nail in the coffin, there would never be another game that captured my imagination like Sim City 2000. And then, like a bolt from the blue, Cities: Skylines arrived. It was so sneaky that I barely knew anything about it.

They didn’t have monumental marketing budgets or crafty YouTube videos giving me the false idea that their game would give me the world. And prior to this game I hadn’t really been a huge fan of Paradox. I didn’t hate them but most of their games just kinda were. I’d play them, like them, and move on. But this, holy shit people. I don’t even know where to begin. The first wild news is that this was made in Unity. This is a level of quality that I can’t even expect from proprietary engines. It isn’t until you get to a 25 square sized city that you start finding the upper limits that the engine can handle.

And frankly, even a single square appears to dwarf what SimCity could accomplish. It was remarkable to see this game so soon after EA/Maxis had said “What we’ve done is literally the peak of city building. Games must be this small because PCs can’t handle it.” Well here I am, many mods later, with a city that doesn’t unload anyone from the streets until they reach their destination. No matter how large I build it my computer seems just fine. I can follow Jim Starling from his small home in the suburbs to his job as a chicken sexer at the local farm. That is, Jim determines the sex of chickens, he doesn’t sex with them.

At least not since the jail time.

I don’t have their latest expansion but I hear good things about it. The day/night cycle was added to the base game and when night time hits the city looks like some kind of christmas miracle. Glowing lights filling out the pitch darkness of a cloudless night. You can take the camera at some pretty dynamic angles and see a city you’ve build from all sorts of new angles. Each one giving you an appreciation for what you’ve done and the magnitude of your influence. I feel grander in this game than I ever did scouring the hollow galaxy of SPORE.

You can even attach your camera to a person and follow them through their life. A slow commute, perhaps a hearse collecting folks who underestimated the veracity of the “tummy buster” burger at the local Binges Burgers. This game is similar to Fallout in that it allows for incredible levels of control for modders. But I would argue that on a quality level it is far beyond that of an open heart demo. This is a complete experience crafted by a team that I genuinely believe cares. They didn’t produce a product, they made a game. A top notch, high quality experience that will stand the test of time.

Honestly I originally had this at #5 but the more I wrote about it the more I realized that this is easily #2 on my list. There is only one title this year that hit me harder than Cities. And there is only a day left to find out what it is! This was most certainly a treat and I do hope that soon a few copies of this will be ending up under the tree for folks all over.