11:34 AM on 06.05.2011 (server time)    0
I love E3. Every year I get excited to see what all the companies will bring to the show floor, but mostly, I look forward to the press conferences of the big three. While Nintendo has kind of been off doing their own thing in recent years, Microsoft and Sony have been slugging it out; each vying for the hardcore crowd while also attempting to cash in on the casual market that has risen in recent years.

This year, I'm expecting the conferences to be huge. The current generation consoles have reached a crucial point in the life cycle. The Xbox 360 will be pushing six years soon and the PS3 five. Historically, we'd be seeing the next generation of hardware soon. However, Nintendo aside, MS and Sony both seem confident in their current machines. Recently we've all been hearing whispers that both the next Xbox and PS4 are in the beginning stages of development, but I wouldn't expect to see those any time soon. Instead, the companies will be focused on the here and now. What follows are nothing more than my opinions and speculations about what we'll see at this year's E3 show. Enjoy!

Nintendo: A Return to Form
It's no secret; the Wii hasn't exactly been a console for the hardcore, but it has enjoyed tremendous success. Nintendo took a risk and it paid off. They were able to reach a previously untapped market for consoles in the casual gamer. However, things haven't been all rosy for Nintendo. As mentioned, the Wii may have gained a new market, but it all but lost the traditional gaming audience. Add to that the mediocre reception of the 3DS and it becomes clear that Nintendo has some explaining to do.

The answer? Project Cafe. Many in the industry are calling it Nintendo's attempt to recapture the hardcore market. It isn't under-powered like the Wii, and in true Nintendo fashion, it may bring something new to the table with a touch screen embedded in the controller. This is a move that could help Nintendo keep their casual fan-base (everyone knows how to use an iPhone) and the added power may grab the attention of the traditional gamer.

Nintendo: Not afraid to take a risk 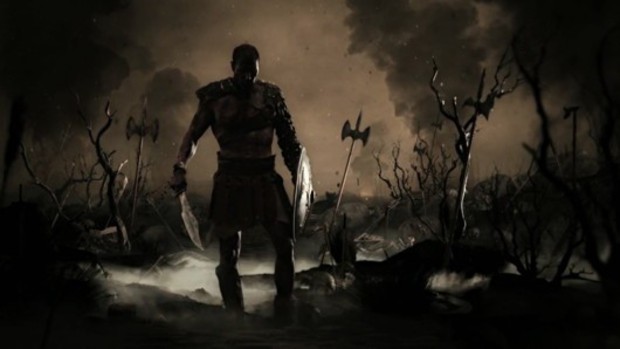 MS also needs to show some more support for Kinect. The $150 peripheral has been on life support since launch nearly eight months ago. Has anything of note been released since launch? Nothing comes to mind. I was glad to see it finally integrated with more XBL services such as Netflix, but come on, we need some good games to play with it.

Lastly, XBL has been Microsoft's saving grace. The service is phenomenal and with Sony stumbling recently, this would be the perfect time for MS to show gamers why XBL is the place for online gaming. New features and services would be great, but might we also see a pricing structure change? What if MS took a hint from Sony and modeled the XBL memberships more like PSN and PS Plus? Online gaming could be free for all members and gold memberships would become more of a bonus like PlayStation Plus. Do I think this is likely? No, but it is certainly possible.

The Verdict: MS needs to take note of Sony's gaming lineup and counter it with more exclusives of their own. I'm hoping to see some surprise game announcements from MS at their conference and I want to see some good Kinect titles come forth. I fully expect MS to have more DLC deals with big 3rd party games such as Call of Duty, but I'd also like to see some new services and features added onto XBL; maybe something with Skype now that MS officially owns it.

Well there it is; that's what I think about E3 this year. I'd be interested in hearing what you all think as well, so feel free to comment and let me know!
#Community    #OpinionEditorial
Login to vote this up!