Three weeks ago a truck with tubs of my stuff that I have not seen in four years came, and I have been sorting through it and finding a whole lot of wonderful, nostalgic, and amazing things. 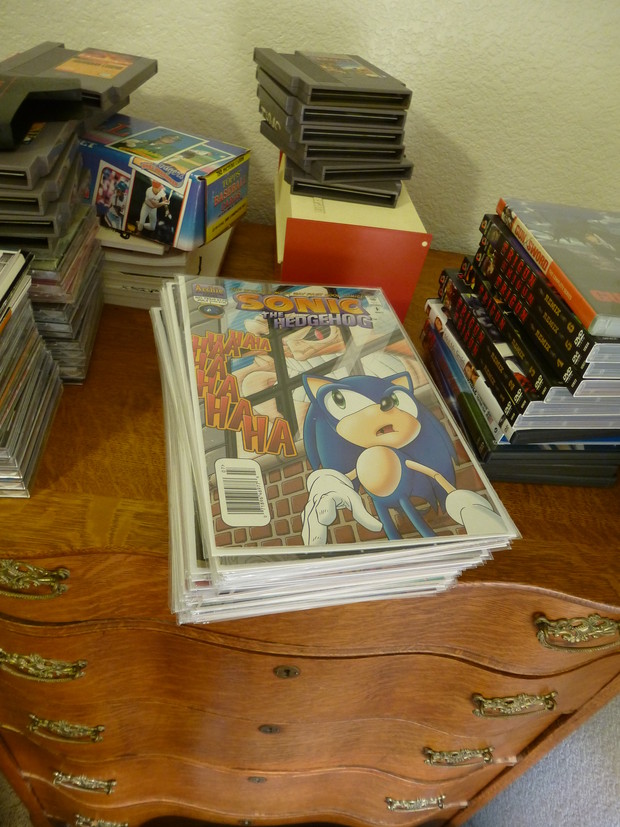 Like more than 50 issues of Sonic the Hedgehog I have been saving for the last 7 years.

Well I had always sort of thought when I told my mother that when I was collecting rare video games it meant that I would be collecting them and never selling them. I just let her think I was going to sell them so she would feel better about all the stuff I had in our storage unit.

Then the economy crashed right before I was able to graduate, and it still is in the worst recession that has ever happened in the USA.

Things are slowly picking up I guess, but between forced health care and mandates for full-time employees make it much harder for employers to justify hearing people on whims.

Less to say my collection has to go if I want to fund myself into a future carrer so I am selling and sold some of the best NES games. 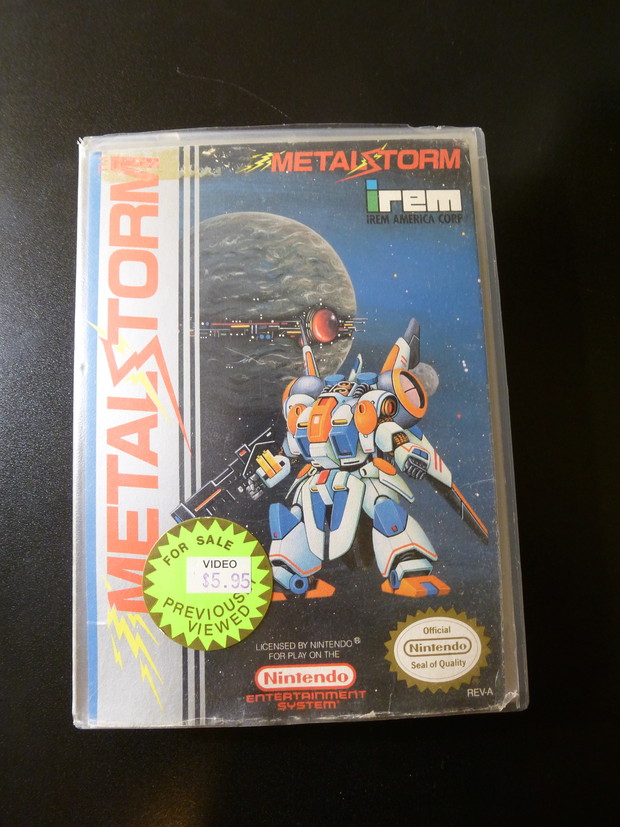 Yep, this was mine

Yep I actually bought a copy of Metal Storm from a Dillon's Grocery Store when their video department. It was in a nice plastic box they made when they proceeded it and was in decent shape. As the sticker says I bought it for $5.95 in 1998.

Fast forward to 2008 and HVGN or Happy Video Game Nerd does a special about this game, frankly I was really excited that someone else knew about this gem of a game. All of the sudden Ebay prices start rising to $30.

And last week I sold my copy for $63.00 on Ebay, which even though it is much lower than full price it is a heck of a lot more than $5.95 and the $30 some local video game stores were trying to buy it for.

Its just really hard at time because I see wonderful articles like Jordan's and it really reminds me that in many ways these games that I have stored away for more than five years are some of the best memories I have had. And dang, it is super hard not getting emotional over certain titles... Like I still find myself trying to justify keeping certain games I have not played in 5-6 years.

but they got to go... if I am going to keep going.

But then there is guilt, guilt that there still are great times to be had with these games.

I am not a sports guy, but my father bought this game for me and we played it almost every Sunday when I grew up. Literally this game even for its age is awesome, you got the play book, injury, and tournament mode. But I guess my favorite part about it was spending time with my father, and it would be all too easy to take this game and my system and plug it in and see if he would like to play another game.

Then there are the game I never beat... Right now I am sitting on copies of some of the best NES games: Double Dragon 2, Metal Gear, Snakes Revenge, and the TMNT trilogy. But I have never beaten them, which bother me and I have no clue why. 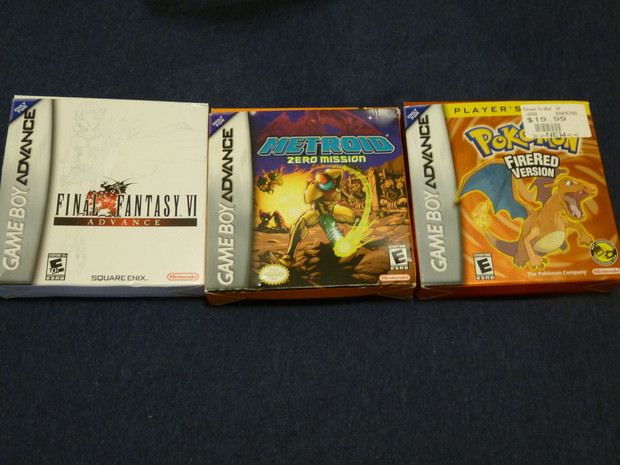 But then I get into the selling mind frame, and soon my boxed and complete GBA games start looking like large bills that can help fund my future... but I have to think a boxed copy of Zero Mission is going to go for a lot more later on so I should keep on to it for a while.

Guess the largest problem is even if I amass all the funds I need for the item I want to buy there still is not sure shot that I will be getting a job.

Only a very slight chance...

But I guess that is better than nothing :)

So I guess I will leave you with two questions:

1) What games have you sold and got a ton of money from? (figurative tonnage here pls :))

2) What were the hardest games to let go?