Should more games let you choose your gender? Part One

The discussion of �Gender in Video Games� is a tricky subject. Perspectives can often be so polar, opinions so aggressive and mindsets so entrenched that even parties that might agree with each other take verbal jabs and casts hurtful comments at random. The point I�m making here is that I approach this subject tentatively. To raise the issue of �gender in video games� on the internet seems akin to walking into the lion enclosure� ringing a dinner bell� dressed as a lamb chop� singing �Be Our Guest� from Beauty and the Beast�

Why do it then? Why write this post? Well, because I believe I have something positive to say. No criticism, persecution or prejudice. I simply wish to talk about a (possible) solution to a Big Problem in gaming. Oh, and it�s not my idea. It�s not even a new idea. There are quite a few games out there that have already employed this solution.

The Big Problem in this case centres on these points:

� There is a vast disparity in the number of Male and Female playable characters.
� A lot of people don�t want to play as women.
� Developers worry that Female protagonists won�t be well-received.
� There is a perception that Women don�t play certain games so there really isn�t an issue.
� Many people just enjoy playing games for what they are.

This is not a Problem that can be solved overnight. However, there are already several games that present an answer to the question of representation in games: the choice of gender. Allowing players to pick the character they want is instantly inclusive, and also highlights the fact that not every game has to decide the sex of the protagonist for you. Furthermore, you don�t have to play as a woman if you don�t want to. A long term hope in this scenario would be that game developers become more confident in creating games with female protagonists.

Should there be more of this? If the gender of the main character is not integral to the game, should the player get to pick male or female? Let�s start with one very obvious, very successful example:

Mass Effect did it.

Despite a slightly ropey finale that left some fans somewhat embittered, the Mass Effect series was good gaming. Player choice was a big part of each game. Your character could be kindly or cruel, fierce or heroic. You could pepper you opponents with bullets or psychically torment them. Whatever your choices, Shepard became a galactic legend by the end of ME3, and at no point did gender have an impact on that legacy. Some minor differences occurred during each game � it affected which characters wanted to see you naked � but Fem-Shep was not held back by her femininity, in any way. Furthermore, if a player didn�t want to be awesome as a female character, they could be an awesome dude instead. The aforementioned Big Problem fades significantly. 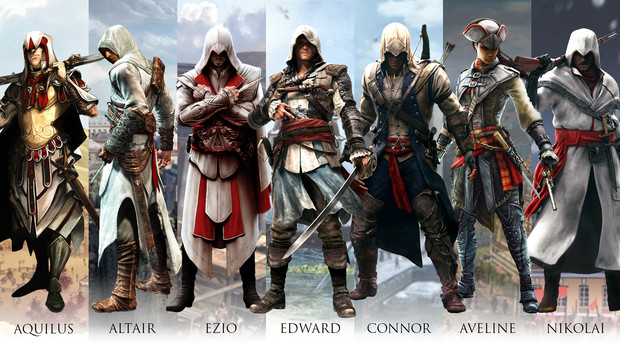 I could continue writing here, but I wish to pause, even for just a few days. This is because I want any following discussion to go in the right direction. Firstly, I want to hear your views on just the concept of more gender choice in games, before picking out particular examples. Secondly, if I�ve made an error in judgement or said something you disagree with at this stage, then it�s best to deal with that first. Thirdly, you get your chance to share your own experiences with games that have let you pick the character�s gender, or suggest games I should talk about in Part 2.

Do you think there should be more games that let you pick your gender?
What other examples of games with gender choice have you enjoyed?
What games would you add gender selection to, if you could?
Or do you disagree with the idea of promoting gender choice in video games?
Login to vote this up!