I'm pretty fickle when it comes to horror. I'll happily skip most scary movies, but ever now and then I hit on one that I really enjoy, but it won't convince me to get more into the genre. When it comes to role-playing games, the horror centric stuff is interesting but only in short bursts. My fondness for horror in video games is even more fleeting.

I like scary stories, but I'm just not fussed about spooky games with limited agency. Most horror games put you in a scenario where you feel helpless, which is what enhances the scariness, but they also often strip you of any self defence. You can walk around the map, and when the monster comes you can hide, but you can't kick or struggle when it gets you. You can take pictures or scoop up documents, but don't even think about picking up any sharp or heavy to fight the bogeyman off. 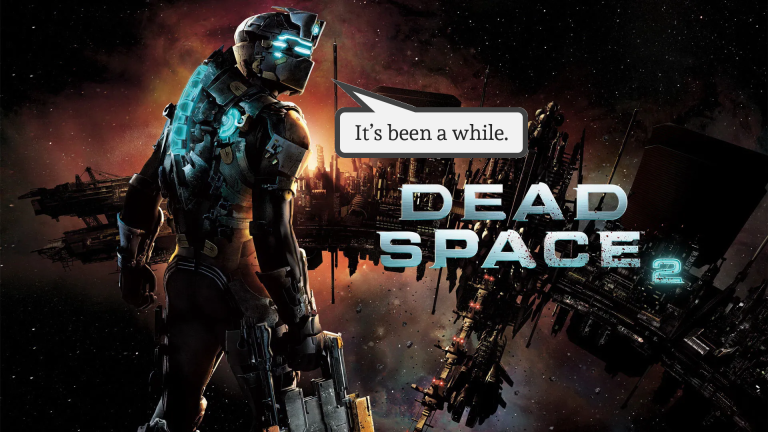 I do actually like a lot of horror games, but I don't ever play them myself. I watch someone else stream their gameplay whilst I do something else. I get to enjoy the story and the spooks, without subjecting myself to gameplay I don't enjoy.

As I mentioned earlier, I am fickle. I played a lot of Phasmophobia recently, against the norm, but I enjoy it for silly/spooky/janky multiplayer fun and the puzzle solving of each ghostly encounter. You're dead as soon as the ghost grabs you, but you can quickly load into a new game, and it's pretty fun watching the living players freak out from beyond the veil. There are ways to defend yourself against the ghosts too.

I have much more affinity for horror when the protagonist(s)/stories are more action-orientated. Give me a teen-drama horror with screaming and flailing and I'll hand it back to you, but I'll happily take Action Horror. Your Aliens and Predators, where the characters don't run from the Big Spook, but go up against certain death and mostly/completely fail. A hero that stands their ground, spitting insults and bullets at the unstoppable horror, breaking under the pressure or rising out of the monster's carcass, bloody and beaten... that's fun horror, video game or otherwise.

Side note: one of my favourite films, horror or otherwise, is Dog Soldiers. A group of British soldiers fight off werewolves. It's low budget, funny, scary and action-filled all at once, and it's great. Watch it. Now. Stop reading this, go watch it, then come back. You'll know what type of horror I like and you'll have seen a great movie.

All this leads to my main thought of today. I miss Dead Space, and need more of it. Most horror games today seem to be of the walking sim, low-agency, psychological sort. Resident Evil 7 is a gun-totting game, but it takes a while to get there and there are some low-key moments punctuating the chaos. Most of these games are good, even amazing, but it's not my sort of scary.

Dead Space was clunky, grungy and visceral. Protagonist Isaac Clarke wasn't a military man, but he was heavily armoured and dragging around high-powered industrial gear that packed a ridiculous amount of punch. When the gangly, bladed, undead monstrosities burst out of the spaceship vents to chomp his neck, Isaac doesn't squeal and hide. He unloads plasma, rivets and javelins into his enemies. You're expected to stomp on them after you've delimbed them, to squeeze the last loot drop out of their mangled hides.

Even better, when the full horror has been revealed, you can circle back around into a new game+ with all those upgraded toys. You might still fall for a few jump scares, and spot some 'body horror' you missed the first time, but now you can cause carnage instead of conserving ammo. It immensely cathartic.

I enjoyed everything about Dead Space - the bizarre story, the chunky tech-trees for each item, the whole sci-fi aesthetic - and quite frankly I need more. More of Dead Space 1 & 2 anyway. I am fully aware that Dead Space 3 had much less heart, too much snow and microtransactions, but it's still the kind of horror game I want at its core.

There’s a ton of action games with zombies in the, but there leagues away from horror. I played Dead Island and had fun but not even a mild jump scare. Games like Dying Light look fun but no where near scary.

So I need something like Dead Space in my life. Something that I can be spooked by, but with the ability to not only defend myself, but have the ability to slap the scary monster in the chops. Perhaps you could help me out...?

Is horror like Dead Space... dead? Where can I go to find similar gameplay today? Are there action horror games that let you let rip like this series did? Or do I need to just replay Dead Space 2 and be content with what I have?

Thank You for Reading