That's kind of a hard act to follow. Personally, I have a great deal of respect for Mr. Carmack's intelligence and his deserving place in the history of video games. So it's hard for me to doubt the validity of anything he said in that interview. I thought that all his points were clear and to the mark, and I didn't sense any animus in them. It was as if I was listening to a professor simply talking to his class.

Upon further examination of what he said, his points seem to be sound. Let's start with the graphics. Whenever a game is on both systems, the Xbox 360 version routinely looks better than the PS3 version. The processor is all about raw numbers. And the raw numbers give the advantage to the PS3. But do most developers have the time to get it right on the PS3? This question has plagued the PS3 almost since it's inception. And developers are no fans of the PS3's memory configuration. I still wonder why Sony chose to do it that way? Was it a cost issue? You want the developers to be in your corner, and in making a machine that is so unique, Sony seems to have limited themselves to only a select few developers who are even up to the task.

I'm not here today to choose a winner. And I am well aware that a number of the arguments presented in here are already many years old. As I stated at the beginning of this piece, I will debate almost any person I know, on whichever system is the best. But not John Carmack. And he has declared that the Xbox 360 is the best.

The entire interview is below.

FPS are my favorites, followed by
Third-person action/adventure,
with a dash of Roleplaying. 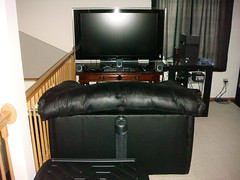 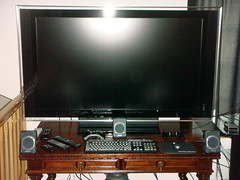 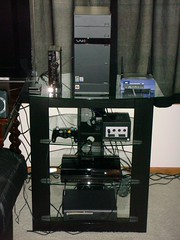