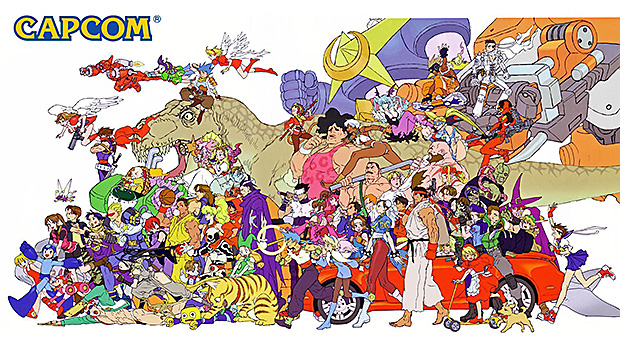 Word is spreading from comments made in Capcom's annual "Integration Report" published last week that the company is now looking to "dig up" and "revitalize dormant IP".

As you may very well know, Capcom has had a very successful year so far. Resident Evil 2 Re:Make was a universal hit, with 4.2m units sold. Devil May Cry 5 managed to "rebuild the series brand" and save the franchise with 2.1m units. Finally Monster Hunter World sales have increased by 4.5m through the PC release alone, giving a grand total of 12.4 million. Particularly positive for Capcom was the share of digital sales, jumping up a whopping 52.4% from last year, with an operating profit margin of approximately 30%.

From this, Capcom has set 3 goals for the coming future: 1) To "strengthen its digital sales" via various methods such as "period sales", "pricing flexibility" and "utilizing accumulated IP"; 2) to "stabilize" introduction of "main title line-ups" and "strengthen development" through efficient "full scale operation of 52 & 60 month maps"; and finally 3) to "dig up" and "revitalise dormant IP that has not been released for a certain period of time by increasing the number of developers".

Now this last goal has got the potential to get a lot of fans excited, myself included. It also perhaps explains and confirms the previous tweets from the ever lovely Creative Director/Art Director Ikumi Nakamura & her former partner-in-crime back in Clover Studio, Platinum's very own Hideki Kamiya.

Okami is going to be back! We want to make Okami sequel and fans are looking forward to it too. You guys want to see Kamiya’s Okami again, right, everyone? I want to work on it too! 大神をまた作りたい私たちです。🙏😊@CapcomUSA_ @OKAMI_CAP pic.twitter.com/bLwuGnTew1

So now all that's left for now is to list, wish, and speculate just some of Capcom's IPs we would like to see in the future. Also re-releases or remastered editions don't count in my book.

I could keep going on and on, but I'll stop here for now. Let me know if there are any Capcom gems you want to see come back to life.

Raz Rauf hails from London, England. He's been into video games ever since tampering with his brother's Commodore 64. He broke the cassette deck, effectively destroying his brother's passion for gaming, and never looked back.

Though a player of all genres, Raz is sadly a master of none. He loves a good long story, but due to increasing time constraints, he barely ever gets to finish them, and typically ends up playing fighting games instead.

Amongst many other things, he has a soft spot for Sega, SNK, and anything retro. Oh and sometimes he'll translate a thing or two.