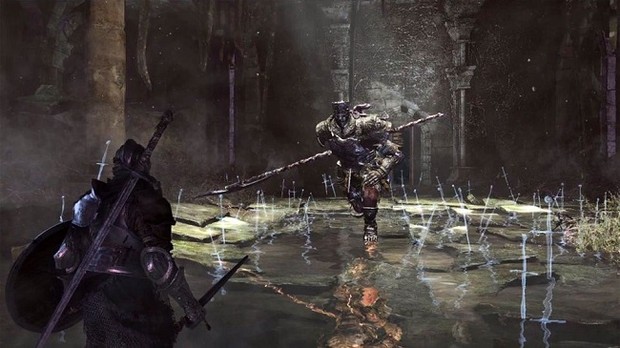 Video game hopes and dreams are built upon leaks and rumors. The games industry is notoriously leaky, with insiders regularly tipping off journalists and media outlets about upcoming projects or close-lipped drama.

This weekend, news broke that Dark Souls 3 would be shows at E3 2015. The leaked information came with a grip of screenshots and details surrounding the title. As aSouls fan, I was thrilled at the news, but it seems that there have been some complaints from some gamers regarding both the “annualization” and potential “casualization” of the Dark Souls name.

I’ve spent the better part of this weekend thinking about Dark Souls 3 and what it means for From Software to release another title in the series. Bloodborne, despite not carrying the Souls name, did exceptionally well, putting From Software on the collective radar of the gaming world more so that any of the Souls games before it. With that in mind, it’s easy to understand why the Japanese developer wants to bring another Soulsgame to the content-hungry masses.

It’s also relatively easy to see why some are unhappy with the idea of a Dark Souls 3. I, at least according to some of the arguments I have seen raised since the leak, should be one of those people. I bought Demon’s Souls shortly after it was released because it looked weird and hard and unlike anything I had ever played. I loved it. I loved Dark Souls even more. It was the first game that I ever really thought about on a critical level. It inspired me to think and to write and to analyze games.

Most of the people who have voiced concerns about Dark Souls 3 and its potential animalization, I think, are in the same boat as me. From Software, before Dark Souls 2and Bloodborne, was a cult-consumer’s savior. Demon’s Souls and Dark Souls were treated, by the few who played and fell in love with them, as the be all end all of video game excellence. Deep, challenging and mysterious, From Software’s first two Soulstitles signaled a paradigm shift in the video game industry for those eager to play games that were more than simplistic shooters or derivative action titles. From Software, unknowingly, created a legion of dedicated fans who were addicted to both punishment and the concept of the Souls titles being their special, unifying games.

Because of this, Dark Souls 2 was lambasted by the series’ established fans. In reality,Dark Souls 2 was one of 2014’s best video games, but many of the Souls faithful treated it like dirt. It was a departure from what they come to love, however minute its changes were. Video game fans are a leery bunch when it comes to change and the niche-consumer is almost always the most vocal.

Bloodborne sated these fans for any number of reasons. I won’t waste time here discussing why From Software’s PlayStation 4 exclusive is so important. You can read my review if you like.

I: Annualization and Anor Londo 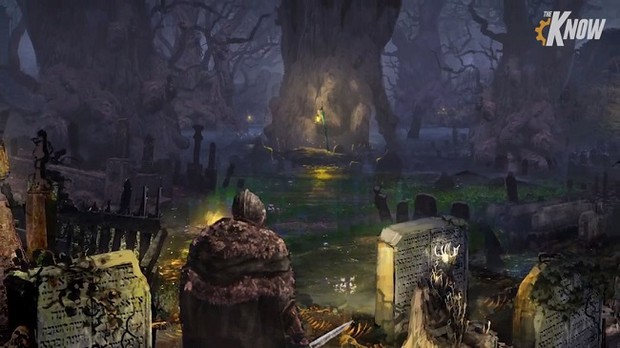 What’s important about this quasi-history of the relationship between the Souls games and their “hardcore” (for lack of a better term) fans is the context it brings to the leaked information regarding Dark Souls 3. From The Know’s video containing the Dark Souls 3screenshots and details, it looks to be a further departure from what made Dark Soulsso well-received by those who played it. Even though, if you really think about it, so much of the game sounds the same.

Generally, the idea of annualizing a series a sign of success. Call of Duty, despite the angry shouting a few, still releases just about every year in one form or another. The games, even if they are relatively similar to their immediate predecessors, sell like crack year in and year out. The same can be said for Assassin’s Creed. Ubisoft, perhaps more so than any other publisher, has found a way to milk their proverbial cash cow to the point where, for the first time, consumers seem reticent to purchasing another AC title year after year.

The point, however long it takes me to make, is that seeing From Software – a company that at one time was in danger of ever seeing any real modern success – is now able to take a game that is an undeniable “cult classic” and give it a third sequel (even if timelines don’t make it a sequel in the continuity sense). Sure, Dark Souls 3 might seem hot off the heels of Bloodborne and quite soon after Dark Souls 2 and Dark Souls 2: Scholar of the First Sin, but annualization and casualization aside, that means that From Software – and the video game industry as a whole – understand that the sword and board magnificence of Dark Souls has some credence in the increasingly growing modern games economy. 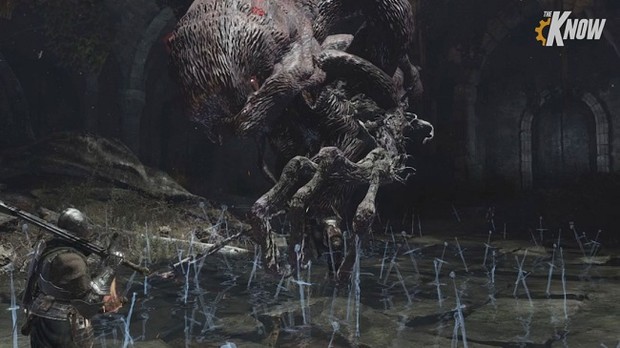 Similarly, the idea of Dark Souls 3 signifying the series’ move towards become more “casual” is unfortunate. The success of a smaller franchise and its move towards pleasing a bigger audience means that some elements may have to be sacrificed in order to bring a broader appeal is an unfortunate reality. However, as I have previously written about, both Bloodborne and the Souls games, are not actually hard games in the sense that they would ever need to be dumbed down or drastically changed.

Part of, if not the biggest reason, for the cult success and eventual following that theSouls series harbored is in its novel approach to gameplay. The perceived difficulty of the franchise lies within its rigid mechanical structure. Your movement required a sort of nuanced, logical mentality, where patience is rewarded. From Software’s games, better than any other titles, present players with their rulebook early on, implicitly teaching players mechanics and the tools required to be successful.

Since Dark Souls, hardcore fans have lamented that each new From Software game will be “casual.” Both Bloodborne and Dark Souls 2 still presented players with a challenge that was equal to, or even surpassing, the difficulty of Dark Souls. What’s interesting, however, is that the changes gamers once perceived as casualization or simplification with each new Souls game, have generally made the titles more playable, not easier in any sense of the world. Souls games, much like their King’s Field predecessors, manage to still be archaic in a gameplay design sense while modern in other ways. 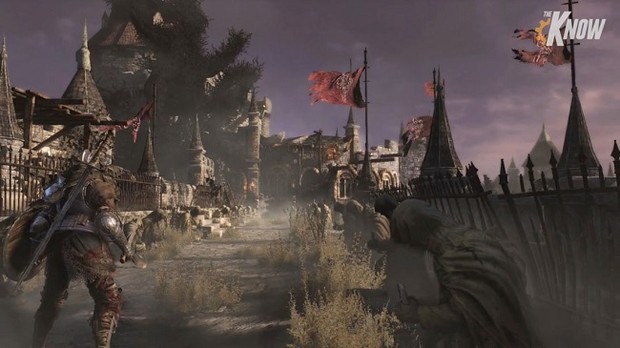 All of this information, background and understanding is interesting for any number of reasons. The most important, and perhaps ironic, tidbit of information that came from the Dark Souls 3 leak is that, somehow, the game sounds like it will be more like a character action game than a classic Souls title.

Bloodborne catered more towards the action-minded gamer, eschewing shields in favor of an offensive, speedy approach to combat. Dark Souls 3, at least according to the admittedly sparse information presented so far, seems to further this tradition.

Now, this is not to say that Dark Souls 3 will be anything like Bayonetta, or even as fast as Bloodborne, but there does seem to be an emphasis on faster gameplay and controlled movement in Dark Souls 3. According to The Know, Dark Souls 3 will have “sword fighting arts,” which will function as special moves. Similar to the stylish maneuvers championed by character action titles, the sword fighting arts of Dark Souls 3 seem as though they serve as specialty offensive utilities that either open up more attacks for the player or better position characters. With names like “Rush In” and “Circle,” it sounds as though Dark Souls 3, wants players have a wide array of options when it comes to combat as opposed to the standard block and positioning battle.

Even more interesting is the inclusion of a “heat up” for boss battles. Again, referencing The Know’s video, it seems that Dark Souls 3 will give players an option to make battles even more challenging and dynamic through this mode. In the associated screenshots, we are given a look at what is something of a standard-looking foe in a boss arena. In another screenshot, the same area is visible, this time with an unholy monstrosity there in lieu of the other enemy.

This heat up mechanic, it seems, adds a new layer of depth to the combat, offering different bosses for those who want a different kind of experience. The “heat up” nomenclature seems to imply that enacting this mechanics means that the ensuing boss fight will be more difficult, leading back to the aforementioned comments about casualization. While players may be able to set a bonfire wherever they please in Dark Souls 3, the idea of the heat up mechanic implies that most of the fights in the game will be more challenging than ever before.

IV: Where the Future Leads

Of course, it’s important to remember that this look at Dark Souls 3 is based off of leaked information and rumors. As of the time of this writing, there has been no official confirmation of the game or the relevancy of any information in The Know’s video.

Even if Dark Souls 3 is set to release in the near future, just about any detail of the game is subject to change and iteration.

What matters that, regardless of the perception of the existence of Dark Souls 3, the leaked information signals that the once obscure, bastard child of the role-playing genre has secured its lasting legacy in the video game world.

For that, all we can do is wait for more information and praise the sun.