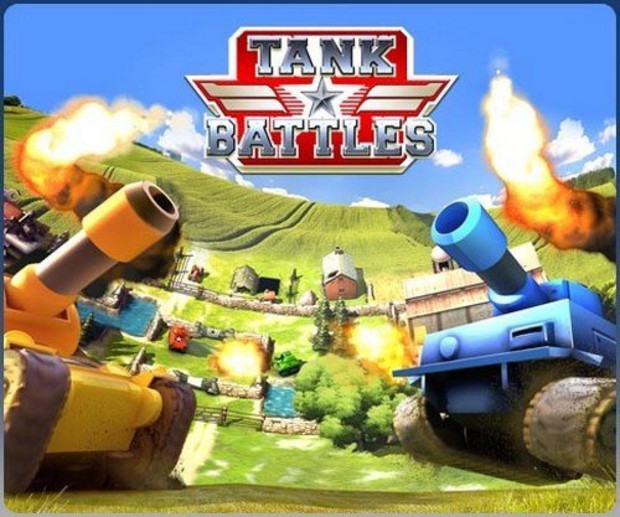 Hey everyone! I haven't been on the cblogs recently due to all my coursework, and I plan to spend more time here once my semester's over, but I had to drop by to let everyone know that Tank Battles (originally known as Battle Tanks) is on sale for $0.99 on PSN. If this is anything like the recent Uno sale then the deal will go fast.

Tank Battles is a twin-stick controlled tank game where you blast through opposing enemy tanks in a variety of different levels. It has a campaign mode, battle mode, and both online and offline multiplayer. Matches consists of up to 4 players, and are pretty fun with ricocheting bullets, landmines, some very interesting level layouts, and power-ups like rockets, speed boosts, and flamethrowers.

And did I mention it's on sale for only a dollar? Seriously, how can you say "no" to tanks shooting each other with ricocheting homing rockets for only 99 cents!? The only issue is if your psn funds are empty, you'll be stuck putting in the required minimum $5 needed to add funds in order to buy the game.

But if you have an extra dollar to spare, why not?
#Community    #PS3
Login to vote this up!