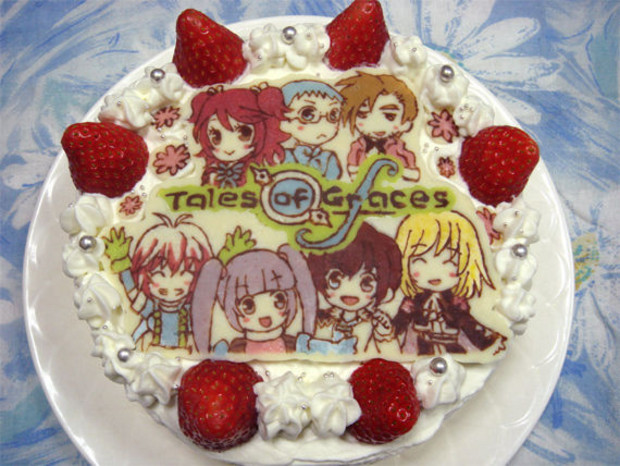 Namco Bandai currently has a website up that teases a new announcement that will be made on 02/02/11, which just so happens to be tomorrow. The teaser site, ataleoftworichards, only contains a picture at the moment, but there are many who believe that the image is actually a distorted version of the Tales of Graces F logo. The site being called a tale of two richards, and the fact that an important character in the game is named Richard, further hints at a possible localization. On top of this, there are some people who see the image as a combination of both the Tales of Graces F AND the Tales of Vesperia logos. If these assumptions turn out to be true, then we may be seeing the localization of not one, but two Tales games!

The last game in the series that we got in the states was Tales of Symphonia: Dawn of the New World, and that was a little over two years ago. A new Tales game stateside is quite overdue, and I'm sure I'm not the only one who's excited about the possibility. But be the judge for yourself, do the logos look anything like the picture on the site?
#Community    #Industryevents
Login to vote this up!