Looking for friends to kick the head off of each other. 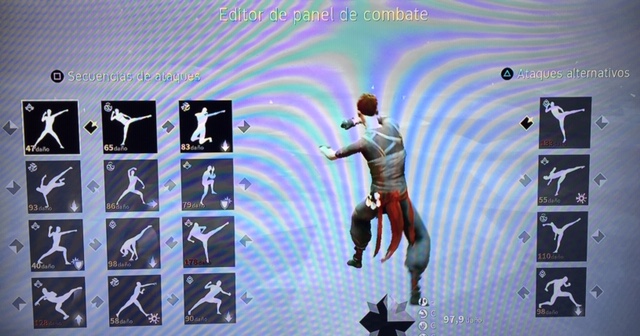 This post is going to be EXPOSITION-HEAVY, so if you are expecting for linguistic pirouettes you better go check the latest Torguebow comments in the QTOID section, mates. You have been warned.

Ok, let's see if I can bail a bunch of you to play this wonderful game with me...

First things first: If you love Kung Fu movies and deep gameplay systems, you are going to love this game. And well... If not, you can just look how a spanish guy fights his way through english grammar to try to explain the main mechanic of a great but not superpopular scissorkick-to-the-neck simulator to an uninterested audience. And all this while learning how to write shorter phrases. Like this one. Or this one. Fuck yeah.

So: In Absolver you only have two attack buttons: square and triangle*, and here's where Combat Decks come into play. You have four diferent stances as you can see in every line of the picture, and by playing (the shit out) the game you'll unlock what we can call a FUCKING SHIT-TON of different attacks. From Jet Li to Roger Murtaugh. From Jean-Claude Van Damme to Bolo Yeung. From Spike Spiegel to... well I guess that you already know what a shit-ton is. And all those attacks are separated by their initial stance. For example, you can't do the backwards heel kick from that old granny in "The Drunken Master" without being in a "southwest" stance. 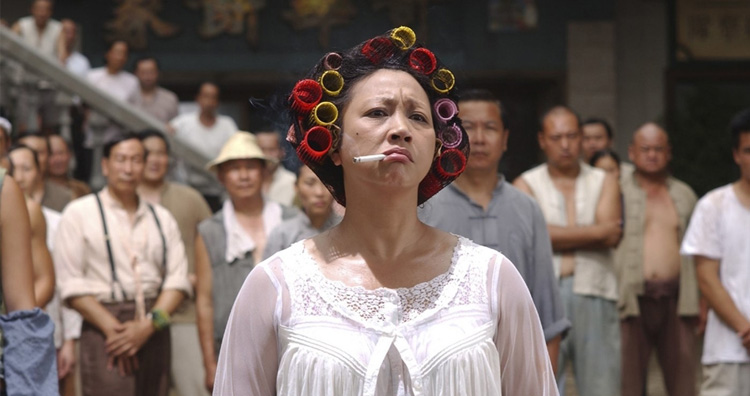 ^ Careful with this midboss, she kicks ass.

And: Every attack has, besides his initial, required stance, a "finish stance". You know, like when you punch someone in the face so hard that you ends backwards, allowing you to comfortably chain the one punch K.O. with a nice, old fashioned tea-bagging. Look at the picture NOW (but come back later please). Ok, you better be here now 'cause I keep writing: As you can see in the first line on the top left, my 3 square hit combo from a "NE" position is as it follows: NE to NE punch - NE to SW kick - SW to NW punch right to the Crown Jewels. And here's the twist: ‘cause I configured the last hit for the NE initial stance combo to finish in a "northwest" position, if I push square again my combo will jump to the second line of my Combat Deck. HOW COOL IS THAT?** So you can do (as I did) a giant 18-hit square-only combo. Or a small and cute tiny 3-hit never ending loop. Or somewhat in between. The possibilities, my dear readers, are endless. Like an infinite and beautiful ocean full of kicks to the trhoat and snake-hand style hits to the eye. And whales. Whales are majestic.

Are you still with me? That's sad. But well, let's keep going. Besides the square button attacks, to the right side of your Combat Deck you have a column of four (one for each stance) "alternative attacks", that you can trigger anytime with the triangle button. That means that you can suddenly modify your combo to follow another direction. That's really nice, even if every route trough your combat deck ends in the same spot, that is with your opponent pissing in a plastic bag FOR THE REST OF HIS LIFE. Also there's a bonus here: you can configure the "alternate attack" column to be another supplementary 4-hit combo. Again: HOW COOL IS THAT?*** 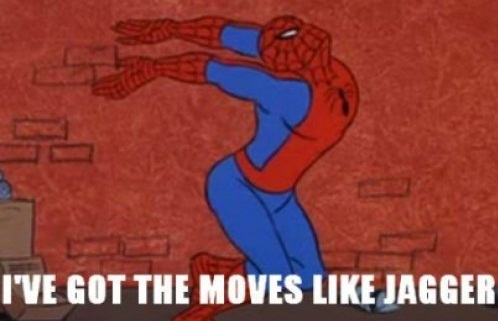 Disclaimer: All this doesn't mean that this is a button smashing game. On the contrary, you'll be usually throwing combos of 4 or 5 hits, mixing square and triangle to keep things unpredictable to your opponent... well, you can definitively land longer combos, but gitting gud first is mandatory before reaching « ThatguyfromTheRaid » level combos.

Besides that: See the arrows and symbols on some of the attacks? Down arrows are for moves  that pass trough high attacks, the little shield is for attacks that can block incoming hits at the same time... there are plenty of different « perkied » attacks, so with a good combination of them and the ability to read your adversary's moves, you will allways find the right tool to break his (or her) face in style. Like uncle Jackie used to do.

I AM FINISHING DEAR GOD I SWEAR IT: Add feints, taunts, blocks, black midst-ninja-like cancels that skips a hit to jump to the next attack in the combo, and a story mode that you can play offline to learn the ropes and start to create your Deck... and you have the recipe for COMPLETE AWESOMENESS.

In conclusion: All this sounds extremelly complicated, but actually when you play the game it becames second nature. It isn't a game for everyone, but playing and learning with friends is ace. No need to say that I’m having a blast. But I said it. I just wanted you to know.

Ok so that's it. Thanks for your time! Anyways, if nobody is reading, it was fun to write this thing nonetheless , and it only taked me four fucking hours YOU BASTARDS THAT ARE NOT READING.

***Oh c'mon admit it, this is getting pretty rad.