I suck at fighting games, so I'm going to a tournament.

8:16 PM on 02.18.2013 (server time)    0
Around this time, I would usually be posting a blog about the latest fighting game that I've tried out and how I'm bad at it and stuff. Since my last blog about Dead or Alive 5, I've picked up both Anarchy Reigns and Street Fighter X Tekken. Anarchy Reigns is pretty unconventional but shares a lot of characteristics with modern fighting games. I'd like to write about it more in depth later.

Right now, the semi-regular schedule of this series is on hold. Instead of trying a lot of new games, I'm going to try to get much better at a few? Why?

I'm going to my first tournament. 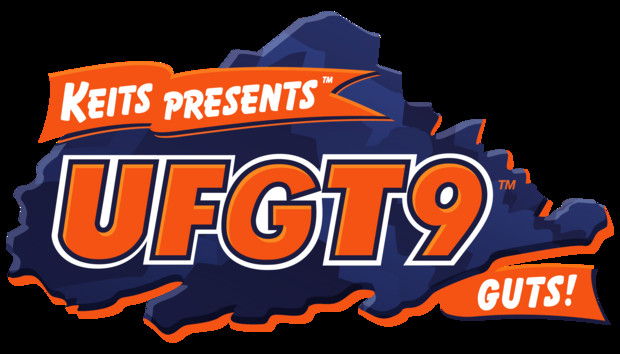 Ultimate Fighting Game Tournament 9 is May 24-26, and I'm going. It's a Road To EVO event where the top players in each game get points that determine their seeding in the EVO tournament. It's a major tournament, and one that I can actually afford to attend, so why not?

Over the past few months, my ability to play head to head against people has been very limited. I wasn't able to play online in most games until just last month, and I have one friend to play Skullgirls locally that I can't visit as often as I'd like.

I'm going to this tournament because I want to see the other side of competitive gameplay. Playing fighting games in person is so different than playing them online that netplay vs. real life play feels like playing two different games.

No matter how perfect the netcode is, the fact that the game is being played over the internet always adds a bit of choppiness that changes how you play.

When I've played sitting right next to someone, you can see so many things you can't see playing online. You can predict your opponent's movements. For example,I tend to expose myself a lot by mashing the double QCF input REALLY early in Soul Calibur 5. No one online can tell I'm mashing quarter circles like my life depends on it, but they can sure as hell hear it when I'm mashing it while sitting right next to them. Then block it. Then kick my ass.

I like Soul Calibur V, but I'm not very confident in my skills with it yet so I didn't enter. Maybe next year!

The Mystery Game Tournament sounds crazy. From what I've heard, it could be literally any game. That sounds like something you don't get in regular monthly tournaments.

I'll be playing BariBariBall, which isn't a fighting game but looks fun anyway.


Divekick should be an interesting tournament as well. If you've never played it before, you should when it is released on PC, PS3, and Vita this year. It's simple and only requires two buttons, but it also encapsulates everything fighting games are about.


So for now, I don't plan on buying more fighting games because I gotta focus. I don't think I'll get too far in any of the games I'm entering because I'm not very good. But this is an essential part of getting better at these games. You want to play people who are better than you, because that'll expose all of your bad habits and show you what you need to practice the most.

I'm hoping this experience will give me that, but I'd be fine with just meeting a lot of cool people and playing these games locally, which I almost never get to do.

If anyone has any training tips for the games I'm playing, I'd fully welcome them. If you want to play on 360, I could always use the practice.

And if you're going to UFGT9, let me know!
#ShareonCommunityBlogs
Login to vote this up!