Frank West is the greatest hero of our time. 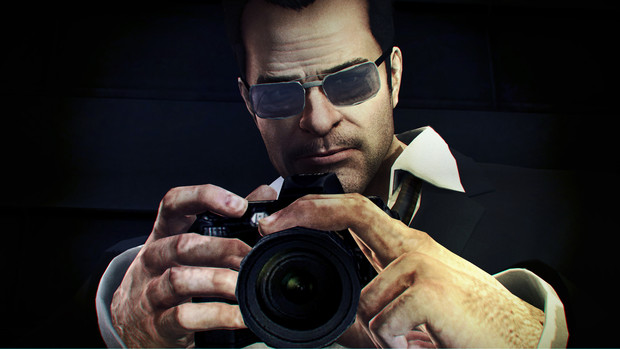 (Note: listen to this as you read for the full experience. Then go look up the lyrics after you realize you can't understand the vocals.)

Frank West isn't a remarkable man. He's not particularly attractive, is kind of a smartass in the non-endearing way, works a low-paying job, and has an odd affinity for dressing in women's clothing. But all his quirks make his acts of heroism shine even more brightly.

(Our best weapon against the impending zombie apocalypse?)

Frank West's backstory is vague: we know he's a journalist and we know that he allegedly covered wars at some point. What we do know about him is that he is a self-motivated individual: he hired a helicopter pilot to take him to Willamette, Colorado in DEAD RISING so he could report a potentially dangerous situation to the world. He's definitely not the type to rest on his laurels and hope fame and fortune come to him; he goes out and seeks glory himself.

Frank West ends up in an incredible situation: stranded in a city overrun with zombies. Instead of curling up into a ball and crying, he does what most sane people wouldn't do. He continues to seek the truth behind the zombie outbreak with the side goal of saving every living being he can find. Zombie outbreaks will inevitably cast the world into a brutal place where everyone only cares about their own survival. Frank knows this, yet he tries his hardest to keep both himself and every other human being he meets alive and safe.

Even after suffering through events that would make most people lose their minds, like being attacked by psychopathic murders, seeing horrifically mutated humans, and being called every 5 minutes by Otis, he survives and becomes one of the key developers behind the anti-zombification drug, Zombrex.

Whoever puts up with this without killing Otis deserves a medal.

Somehow Frank keeps a cool head while dealing with nearly being killed, escorting a slew of survivors with such immense issues with basic motor skills that they cannot walk in straight lines without getting lost, and pretty much getting no respect for his efforts. It's because he's a true hero that he deals with all of this and saves everyone he can anyway.

Not to mention that he's a badass. This is a guy who's beaten up government-trained secret agents and military commanders with his bare hands. He has no super powers, yet he survived injuries and zombie attacks for numerous days with just good ol' fashioned strength...and use of whatever weapons he happens to find lying around. Oh, and orange juice. Keep drinking that Sunny D if you wanna be like Frank one day!

Frank West is a hero we can all relate to. In the end, he's just a hardworking guy who uses his ingenuity and street smarts to survive in extraordinary circumstances. He shows that you don't need to be rich or superpowered to be a hero, you just need to have the motivation to do the right thing.