A few days ago, I completed a gaming goal that I was working on since late 2011. My goal was to get 100% completion on Saints Row The Third, including every single Achievement. It took a lot of time, more money than I expected thanks to downloadable content, and it was completely worth it. 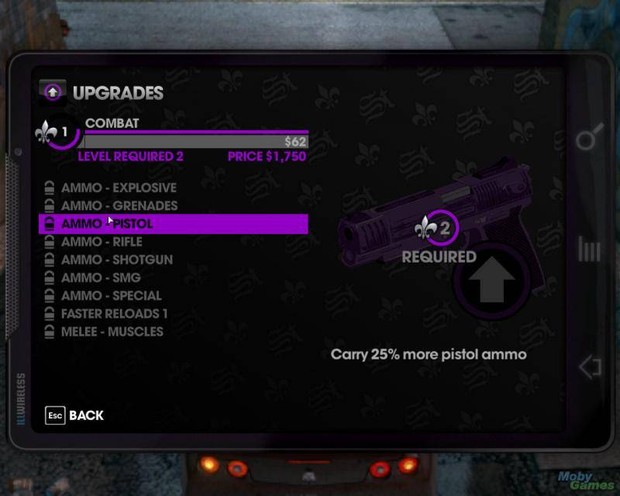 There's always something to do.

It's incredibly tough to put this game down, because there's something around every corner. A new sidequest, a building to buy, collectibles, enemy strongholds to bust up, in-game goals to progress toward, and so much more. Even if you're just wandering around aimlessly, you'll get calls to come help in a random turf war!�

Again, many open world games give you your main quests and a few scant side missions. Saints Row The Third is stuffed with content, and most of it is fun to do. And if it isn't fun, it's at least profitable due to that great economy. I find it difficult to play the game in short sessions because of the constant allure of "one more thing to do" being around every corner.

If Saints Row The Third isn't the best open world game I've ever played, it's damn sure in the top 3. Forgive the cheesiness here, but I feel like completing the game fully is a way of showing appreciation. Like, �thanks for making one of my favorite games ever, Volition�. I rarely take the time to perfect a game and I've never been a hardcore Achievement seeker, but when a game is this special and still fun to play multiple times, it's worth it.

Getting that last Achievement was a little bittersweet. I felt a bit sad after uninstalling the game, but I guess it's natural to feel that after letting go of something that's been a part of your life for years.

I'll probably replay this game in the future, but it's time to move on to other things. I'm hoping Saints Row IV gives me the same feeling as this game did, but there's a lot to be skeptical about in the upcoming sequel. That's a discussion for another time, however.

If Saints Row IV misses what makes The Third such incredible fun, I'm hoping that other developers played this game and took notes. Because I'd love to play another game worth perfecting, no matter where it's from.
#General-Opinion/Editorial
Login to vote this up!