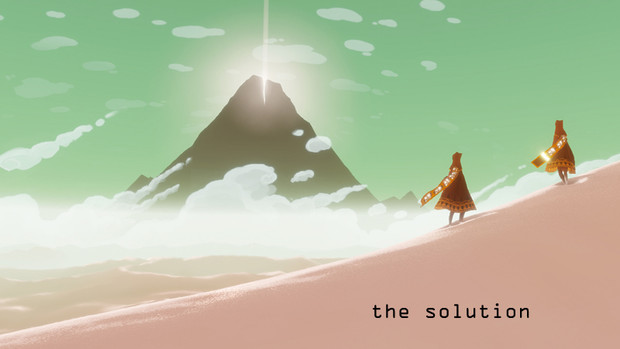 Complaining about video game writing is nothing new. I've just spent more than 3000 words explaining grievances that have largely been voiced by others elsewhere. Everyone knows the writing in games is terrible, audiences know, critics know, developers certainly know. Or do they?

Without naming names, it's not uncommon to hear developers wax rhapsodic about the narrative in their game only for the finished product to fall far short of their praise. In some cases this may be due to development problems taking a toll on the storytelling, but this happens even with developers whose games rake in millions of dollars and who have access to massive teams of programmers, artists and writers. And if developers really are aware of all of these problems, why do they keep happening?

This situation isn't going to change until we as consumers start demanding it. The next time you pay good money for a game and see one of these problems crop up, contact the developer. Don't be belligerent. Just send them a short, polite, to the point E-mail with the following message:

You're not trying hard enough. I think you can do better.

The second and most important step is to support games with good writing. I realize that in the age of piracy as a righteous moral cause it's become heretical to suggest that anyone should ever pay money for anything, but developers need to know that people are willing to pay for strong narratives in games or they're not going to bother.

There are encouraging signs that the situation may be changing for the better. The Walking Dead dared to reach higher than perhaps any of its peers and was rewarded with commercial and critical success, embarking on the sort of underdog story you'd dismiss for being too unrealistic if you saw it in a movie. Journalists who have played the opening hours of Bioshock Infinite have said enough about it to indicate that it could go in some very interesting directions. And Naughty Dog's The Last of Us looks to be attempting to tell a genuinely mature story.

I think a lot of the hostility in the gaming community comes about when gamers see their hobby and its place in the world shifting and feel as though there's nothing they can do personally to change anything. But I firmly believe this is something we can change. If consumers want better writing, developers will have to step up to the plate and deliver it.
Login to vote this up!