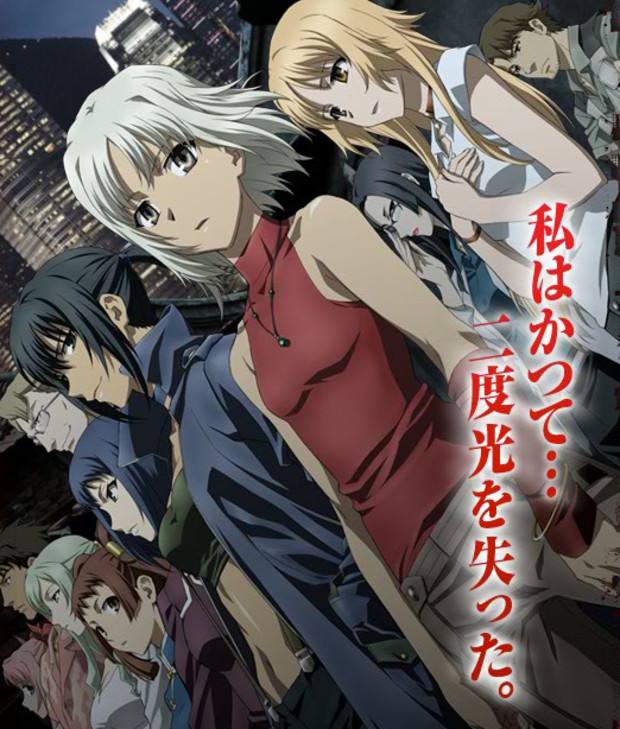 Even after finishing the game there are two bonus scenarios and a hidden scenario to be found in the game. One of the bonus scenario is a really cute heartwarming story of the little sister, who is in a hospital, of one of the main characters. The other one is the story of Canaan, a female elite mecanary, that plays a major role in the major but is not a main character. The Canaan arc was actually written by Kinoko Nasu from Type-Moon and also spawned an anime series, that aired in Japan this summer.

I had the strangest and most awesome moment in video games this year in this game. There are two secret messages from the producer in the game. Both are hidden very well and no normal person would ever find them, without a guide from the internet (Without trophy support I wouldn't have bothered either). For the second secret message, you have to turn off your console at the right moment in the hidden scenario. After turning the console back on, you will be greeted by the message. That is craziest way to hide an easter egg in your game.

428: Fūsa Sareta Shibuya de is one of the best games I have ever played. Of course there is almost no gameplay in the game and no voice overs is kinda harsh nowadays, but overall those things didn't really matter. Sadly it will never get translated and not very many people outside of Japan will experience it.
#Community    #PS3
Login to vote this up!

Hello Destructoid people. My name is Lasse and I'm from the country of beer and sausages: Germany. I prefer strange Japanese games. My favorite series of all time is Pop'n Music, which I'm still bad at and can't clear anything above a difficulty rating of 38. BEMANI FOR LIFE!

Read me blog in German:
https://www.nerdportal.de