Where you go Isometric-Strategy Games?

5:47 AM on 12.10.2011 (server time)    0
With a new Syndicate game on the horizon and an X-COM reboot in the pipeline you might be forgiven for thinking we'd fallen into some sort of time-warp and been whisked back to the giddy heights of the early 90's - where mobile phones are the size of a small dog, Sega and Nintendo are still a big thing and everything is ludicrously cheap! Unfortunately no, we haven't. Sorry about that. Anyway, the 90's was a thing that happened, and though there's arguably a long list of really good games from the era that never really got sequels or continued in some form rather shamefully most have been forgotten by publishers and developers and the mainstream in general - Syndicate and X-COM among them until now. The strange thing is though this attempt to breathe renewed life into old intellectual property has highlighted something about the games industry: just how much it's changed since the early 90's.

Both remakes have seen a shift from Isometric-Strategy to First-Person Shooters, a move sure to disappoint many fans of the originals but something that doesn't necessarily mean either remake will turn out bad. Still it begs the question: Why the change in the first place? And why such a huge shift in gameplay mechanic? 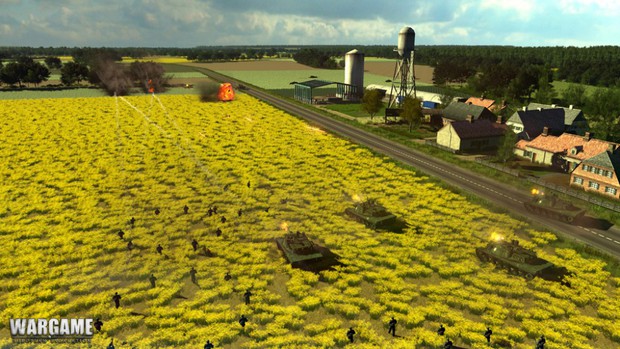 Still it's not all doom and gloom, the upsurge in tower defense games in recent years, aswell as a growing number of indie and smaller studio games focusing on strategy shows there is still an appetite on the part of developers for strategy - even if the big studios seem to be ignoring it. I'd probably put the shift away from Isometric-Strategy and towards FPSs for big title games as something of a product of the gaming world we live in at the minute � games are always constrained by - and also designed around - the limitations and capabilities of the hardware they're on. FPSs couldn't achieve what strategy games could with the resources they had in the 90's primarily because of the limitations of the hardware of the era, and vice versa, at the minute strategy games can't achieve what FPSs can because though we have the technology to create beautifully realistic likenesses of individual people we don't yet commercially have the capability to create say an army of life-like on-screen characters that the player can interact with from on-high.

It's more than likely that in maybe 10-15 years time from now developers and gamers will have access to that sort of hardware, and perhaps in the future we'll see games evolve to such an extent that strategy games do become the leader of the pack once more. Who knows, if anybody's still making X-COM or Syndicate games by then maybe we'll have come full circle and we'll all be playing some sort of first/third-person-cross strategy game, and waging war across realistic cityscapes. One things for sure it really doesn't seem like we've seen the last of strategy games, especially given how much potential the genre has.
Login to vote this up!