3:10 AM on 11.22.2011 (server time)    0
I've had Skyrim about a week now, and though there's undoubtedly a ton of blogs, articles and reviews out there already that probably go into a lot more depth than I ever could about Skyrim I thought I'd write down a few of my impressions of the PC version of the game from my first 20 hours of gameplay. 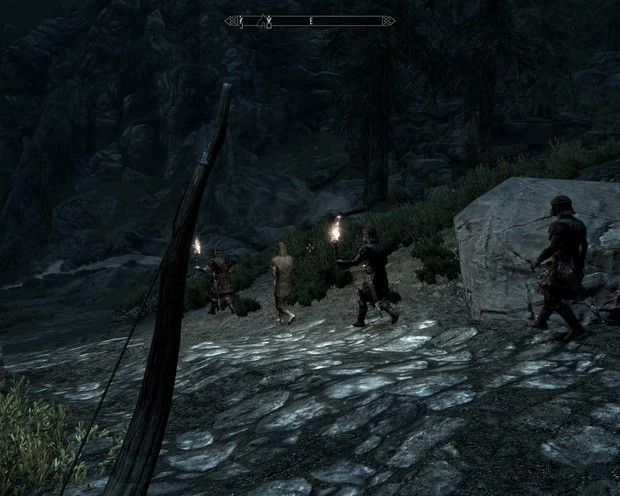 I imagine that for the Elder Scrolls devotee the potential for enjoyment from the game may be almost unlimited, the amount of time you can drop into quests is immense, but the amount you can drop into fiddling with equipment, mining, enchanting, improving gear and all the other side-activites is absolutely epic. Add to that a ton of short books that can be read and the amount of game you get is staggering.

Even for the casual gamer though Skyrim is something else, it's immense, it's staggering and despite whatever problem it may have an incredibly enjoyable game; it's also a game in which you can put in as much as you like and take out as much as you like. You can for example spend absolutely hours reading all the in-game lore or exploring the townships and listening to everything people say, or you could 'complete' the game in a few hours just focusing on the main quest.
Login to vote this up!