8:54 AM on 02.18.2012 (server time)    0
I typically tend to write about big issues in gaming, long-running trends or themes about gaming as a whole but from time to time it's interesting to take a step back from modern gaming and examine some forgotten gems of classic videogaming.

System Shock 2 is one such game.

As a retrospective piece I won't go into too much detail about the history surrounding the game or it's creation (most of which can be found online anyway), but rather I'll talk about what made System Shock 2 an enjoyable game � and indeed still makes it enjoyable to play today, aswell as what it didn't do so well. 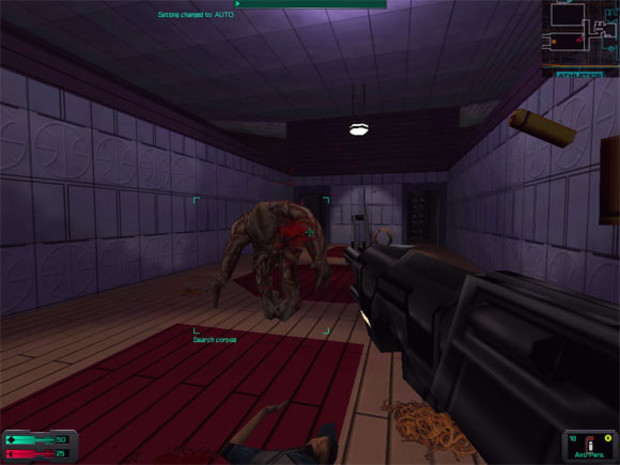 The annelids also seem pretty unimaginative, they're little more than worms (as the name might suggest). I imagine if System Shock 2 was made today really interesting things could be done with the Annelid design to make them look like more than just worms, but that's pretty much what they look like, space worms. Or space spiders, in the case of some of them. I guess in the case of all of these it's more about how much developers were held back by the technical limitations of the day than anything else, but still if I had to point to anything that strikes me as off about the game it's the way you can go from fighting genuinely creepy hybrids or crazy robots to fighting blurry flesh monstrosities or space worms and space spiders.

Perhaps that's just me though.

I doubt System Shock 2 is everybody's cup of tea, but those of us interested in getting their horror fix whilst getting a sci-fi one at the same time whilst also being treated to solid gameplay mechanics, atmosphere and a powerful story, System Shock 2 is still something to be experienced, just, you know, try not to think about the space spiders too much.
Login to vote this up!