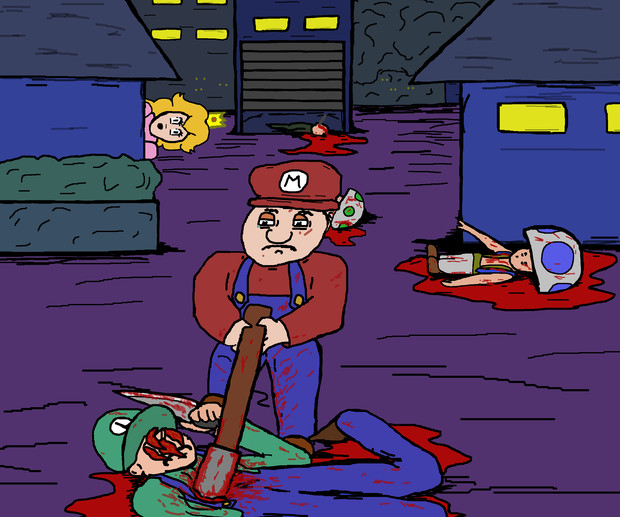 Mario always sounds so goddamn chipper all the time in his games, for no apparent reason. It bugs me, nobody's that happy - atleast not without medication.

The only way I could really think of to break somebody like that was to put him in a psychological horror game, and force him to brutally murder his friends and family over and over again until he can solve a series of unrelated, unexplained puzzles that make little or no sense without a walkthrough.

I wasn't going to do anything for this month but then I had this idea and couldn't stop laughing so I knew I had to draw it. I just can't get the mental image of Mario sobbing in a corner, as he pops pills in a futile attempt to dull the memory of having to kill everybody he knows repeatedly, out of my head.

But that's me, how was your day?
Login to vote this up!